Alice in Borderland Season 2: Plot, Cast, Release Date, and Everything Else We Know [Video] 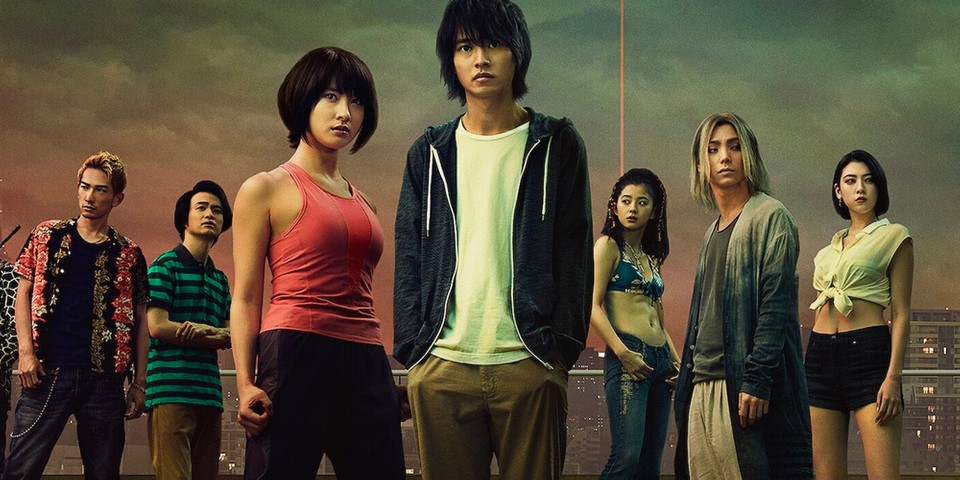 Even before the trend of Squid Game, the thrilling and tear-jerking Japanese series Alice in Borderland introduced a bizarre setting with a survival theme. It feels like an eternity since the first season of this incredible series aired, and fans are eagerly anticipating how the second season of this live-action television adaptation may turn out.

Based on the popular Japanese Manga of the same name, the series introduces us to a parallel universe in which a few selected people have been forced to participate in ruthless games where death is the line between winning and losing. Following the first season’s release, the series quickly became a fan favorite, hitting Netflix’s Top 10 in more than 30 countries.

Despite the fact that it took longer than expected, the franchise announced the release date of Alice in Borderland Season 2 in November 2021 at the Netflix Festival Japan. As fans wonder about the plot, release date, cast, and setting, here’s what we know so far about the upcoming season.

Alice in Borderland Season 2: The Plot

The first season met its conclusion with numerous tear-jerking scenes, with Arisu losing both of his best friends, Chota and Karube, and his regret haunting him throughout the season. As everyone gathered in the beach house, the final game nearly eliminated the majority of the participants. As Arisu, Usagi, Chisiya, and Kuina enter the place where game masters operate, Mira reveals herself as the mastermind in the TV panels, informing all the participants about the next phase of games — the Face Cards J, Q, and K.

We can confidently predict what will happen in the second season with the season one finale. Specifically, Arisu, Usagi, Kuina, and Chisiya would try to obtain all the face cards in order to clear the game and lure out the mastermind behind everything. It would eventually lead to a clash with Mira (the Queen of Hearts), and the face card games will be far deadlier than the games we’ve seen so far. Season 2 will continue to maintain the intensity and thrill viewers have been waiting for as the story is shrouded in mystery with so many reveals awaiting.

Alice in Borderland Season 2: The Cast
The first season’s cast was fickle, with many characters facing death, leaving only a handful of characters as the primary focus. As a result, the characters Arisu, Usagi, Chisiya, Kuina, and Mira charted a course for the next season. All the main characters who survived in the first season, including Kento Yamazaki as Alice/Arisu, Tao Tsuchiya as Usagi, Niijiro Murakami as Chisiya, Ayaka Miyoshi as Ann, Yutaro Watanabe as Tatta, and Riisa Naka as Mira will reprise their roles to the respective characters.

A few characters from the first season, who we thought were dead, made a cameo in Netflix’s recently released teaser. For instance, halfway through the trailer, we see Sho Aoyagi’s Aguni and Dori Sakurado’s Niragi (presumed dead along with Aguni) in the second season’s cast. Despite the oddity, they could appear in flashbacks where Arisu and others reminisce about the fallen comrades.

Aside from these well-known characters, a few new cast members are joining the adventure, including Tsuyoshi Abe as Keiichi Kuzuryu, Tomohisa Yamashita as Kyuuma Ginji (the King of Clubs), Yuri Tsunematsu as Akane Heiya, Isomura Hayato as Sunato Banda, Maiguma Katsuya as Oki Yaba, and Sato Honami as Kotoko Shi (the Jack of Hearts).

Release Date
During the Netflix Tudum virtual fan event, the franchise announced that Alice in Borderland season 2 will be released on Netflix on December 22, 2022. Fans expected it to be released on December 10 to coincide with the two-year anniversary of the first season’s release date, but now we’ll be watching it at the end of the month rather than the beginning. The audience received the series well, leading to the second season’s production.

Everything Else We Know
Following the recent success of Squid Game, a Korean thriller series, more people became interested in this show, propelling it above and beyond expectations. Michael Smith, Netflix’s Tokyo-based manager, stated in an interview with Variety:

“We were thrilled to see that many members who discovered and watched Squid Game also started discovering Alice for the first time. It landed back in the top 10 series ranking in more than 50 countries around the world, more than nine months after its initial launch.”

The show’s stars also hinted at the second season with their opinions. In a Twitter video, Yamazaki (Arisu) highlighted how the show’s world would expand even further than in the previous season. Tsuchiya (Usagi) made exaggerated remarks about how each shot of the next season will feature large set pieces, such as explosions. According to the production company, the series was shot in a variety of locations throughout Japan, including Osaka, the Kanto region, Hyogo, and Wakayama.

With so much effort put into the upcoming season, the audience is in a frenzy. Hopefully, it adapts everything from the source material flawlessly, as it did in the first season, making it a sensational hit.