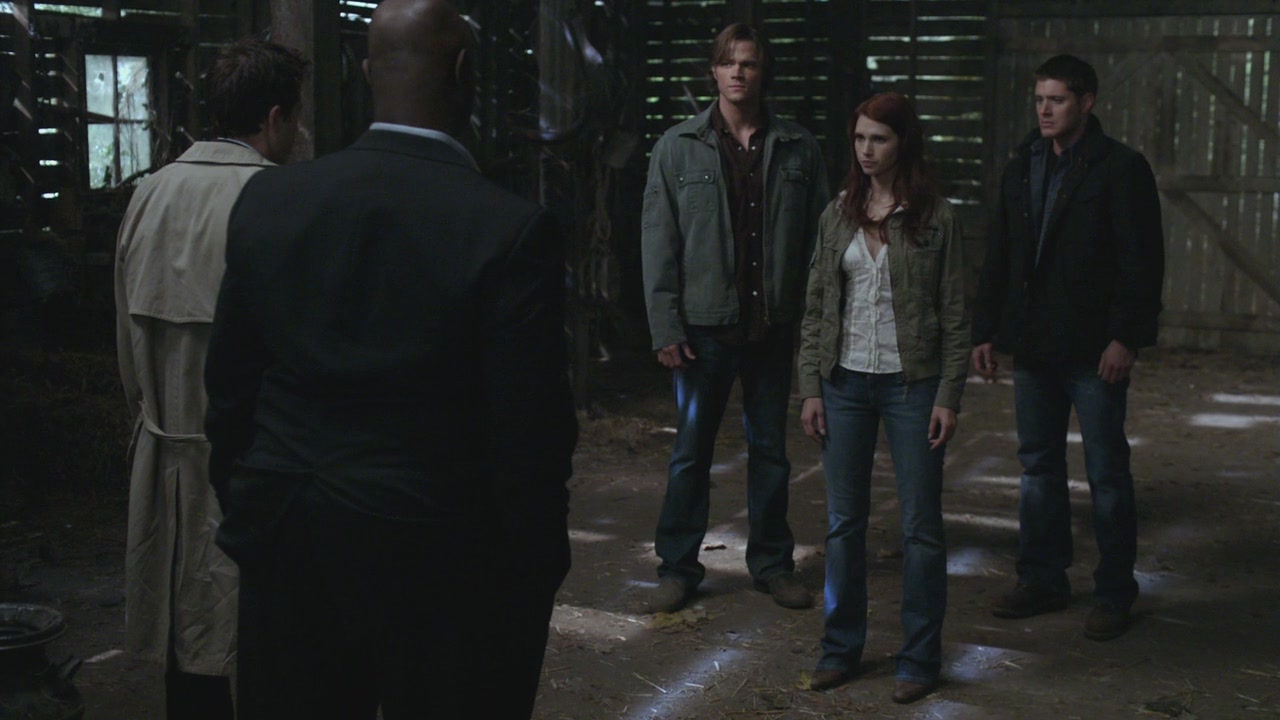 As Supernatural gets closer to its final days of filming, another familiar face has shown up on set.

Supernatural actor Misha Collins posted a photo from the Vancouver set with Robert Wisdom, who appeared in four episodes of the long-running series. Wisdom is better known to the #SPNFamily as Uriel, an angel who served in the same garrison as Castiel, had absolutely no patience for the Winchester brothers, and was eventually killed by Anna. He was last seen on the show in season 4’s “On the Head of a Pin.”

But now, he’s back! According to Collins’ tweet, fans can expect for Castiel and Uriel to reunite before the series bids farewell. The circumstances surrounding that reunion are unclear, but let’s just hope that this time around, Uriel will decide to help the Winchesters. After all, if they’re going to beat Chuck, they need all the angels they can get.

Today, there were two “lasts” on #Supernatural:

First, it was the last time Cas & Uriel (@RobertRayWisdom) will be together.

Supernatural returns for its final run of episodes on Monday, March 16 at 8 p.m. ET on The CW.