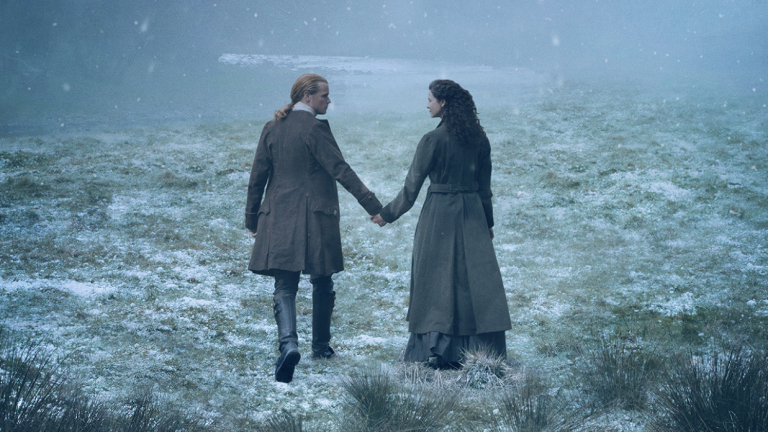 Calling all Sassenachs! The cast and creatives of Outlander came together in person and virtually at New York Comic Con 2021 to deliver some sweet Season 6 teases, including a brief trailer.

Set to premiere sometime in early 2022 on Starz, Outlander‘s forthcoming season picks up where things left off as Claire (Balfe) and Jamie (Heughan) are faced with more impossible choices amid the looming Revolutionary War. As teased in the promo, above, Season 6 makes way for more romance between Jamie and Claire as well as Roger (Richard Rankin) and Brianna (Sophie Skelton).

Family moments between Marsali (Lyle) and Fergus (Domboy) are also teased along with Young Ian’s (Bell) introduction to new character Malva Christie (Jessica Reynolds). And though we open with some brief dialogue-less moments at the beginning of the teaser, Claire’s few lines warn of a brewing conflict. “It’s starting,” she says. “The storm, the war,” she clarifies, hinting at what lays ahead.

But colonial life isn’t all about the incoming revolution, it’s also about brewing conflict among Jamie and Claire’s North Carolina community. Having built a home at Fraser’s Ridge, the family will now have to work to protect it. Season 6 makes way for new divisions and tested bonds.

Check out the full teaser, above, for a sneak peek, and don’t miss Outlander when it arrives early next year on Starz.