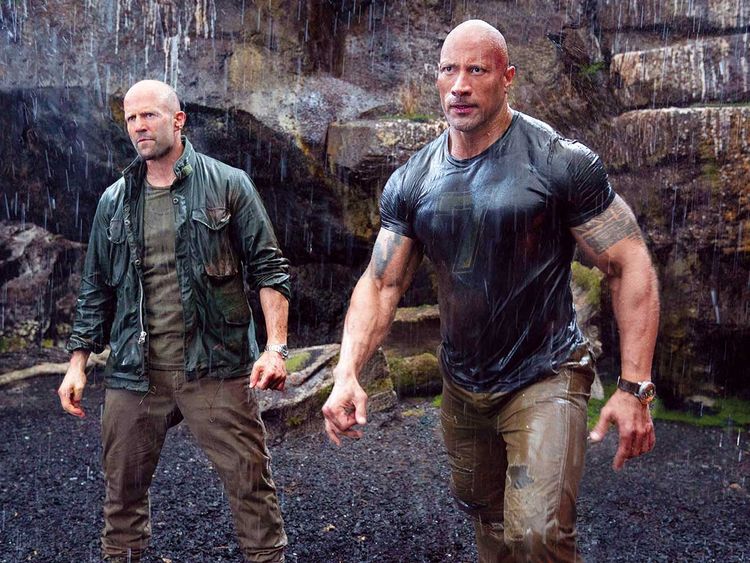 The strange war of words between Dwayne Johnson and Vin Diesel is easily the most entertaining storyline in all of Hollywood. It’s been going on for years, and it will seemingly never end. If you thought their characters had a love-hate relationship onscreen in the Fast & Furious, that’s apparently nothing compared to the behind-the-scenes drama.

The most recent update between the two came around the time of the new F9 movie, when Diesel presented his side of the story — claiming that the tension between the men started when he showed “tough love” to Johnson on the set of the Fast movies in order to get a better performance out of him. “That took a lot of work,” Diesel told Men’s Health of how he supposedly drew such rich acting out of Johnson. “We had to get there and sometimes, at that time, I could give a lot of tough love.”

That comment might have struck you as funny, but just imagine how Dwayne Johnson felt. Actually, you don’t have to imagine it, because Johnson told The Hollywood Reporter how he reacted to that quote in a new interview. He also essentially confirmed he was done with the Fast & Furious franchise for good — specifically saying he won’t be in Fast 10 and Fast 11, which are currently scheduled as the final two parts of the series.

I laughed and I laughed hard. I think everyone had a laugh at that. And I’ll leave it at that. And that I’ve wished them well. I wish them well on Fast 9. And I wish them the best of luck on Fast 10 and Fast 11 and the rest of the Fast & Furious movies they do that will be without me.

Emily Blunt, Johnson’s Jungle Cruise co-star, was participating in the interview as well and she chimed in “Just thank God he [Diesel] was there. Thank God. He carried you through that.”

F9 was the first Fast movie without Johnson since 2009’s Fast & Furious. Fast 11 is still quite a few years off, so there is still time for Diesel and Johnson to mend fences. Which I think would make fans happy. It would be a little unsatisfying to build the franchise to a big final crescendo only for Johnson’s Luke Hobbs not to show up to help Diesel’s Dom and his crew one last time. If you’ve seen F9, you know that the series continues to bring back characters from past movies. If Johnson never gets one final Fast & Furious bow, that would be a bummer. Plus, just think of the performance Diesel could get out of him now with all that tough love!!

F9: The Fast Saga is still playing in theaters (without Dwayne Johnson). Jungle Cruise premieres in theaters and on Disney+ with Premier Access on July 30.

My name is Damyan Ivanov and i was born in 1998 in Varna, Bulgaria. Graduated high school in 2016 and since then i'm working on wordpress news websites.
Dwayne Johnson, Fast & Furious, Movies, News