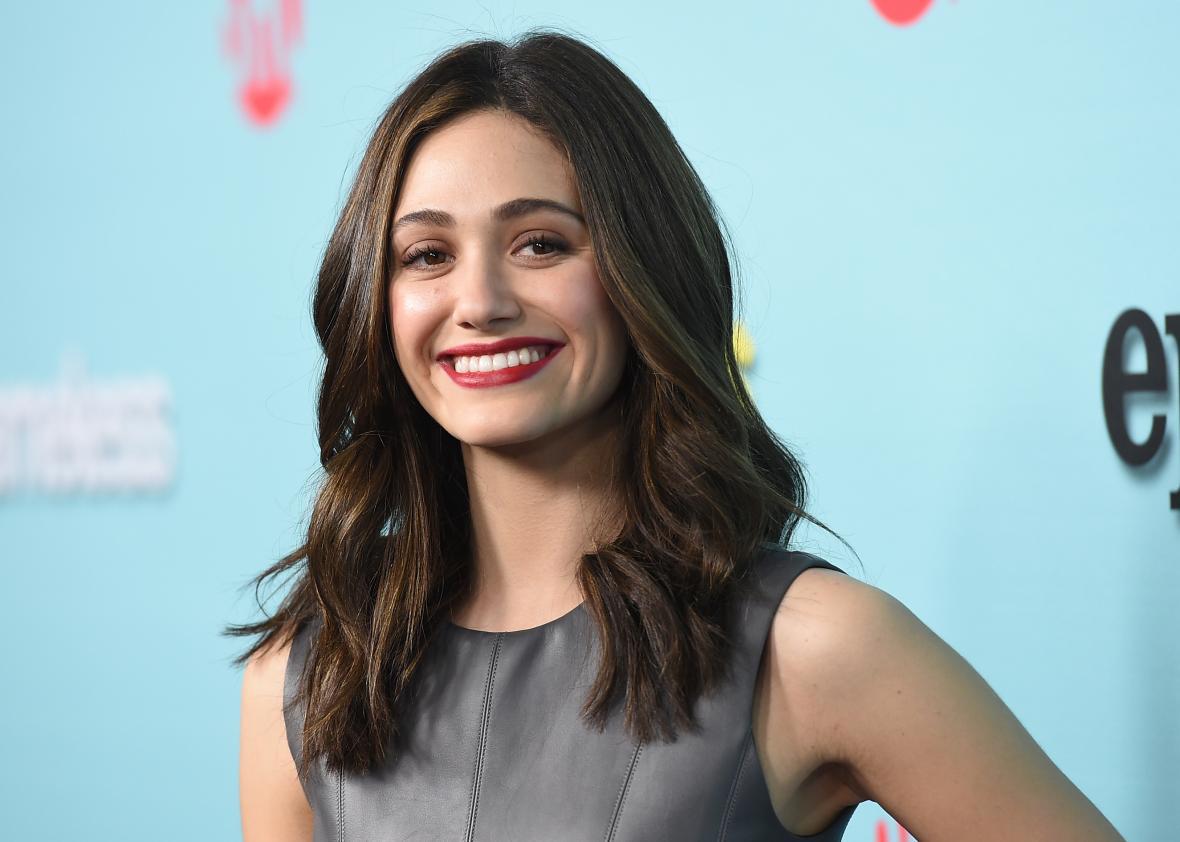 And on Monday night in New York, Emmy Rossum made a rare solo red carpet appearance at the premiere for Apple TV’s The Morning Show.

Rossum, 33, opted for an elegant pale pink trouser suit for the occasion and styled her dark hair back from her face in a sophisticated chignon.

The actress’s outfit featured a double breasted jacket that she wore buttoned up and baggy pants tied with excess fabric at the ankle.

She paired the tailored suit with shiny heels and a diamond necklace. Her makeup included pink eye shadow and dark pink lip color for a coordinated look.

According to her IMDb page, she is attached to play LA icon Angelyne who starred in a series of famous billboards in Los Angeles in the 1980s in a mini series about her life based on an article published in The Hollywood reporter. 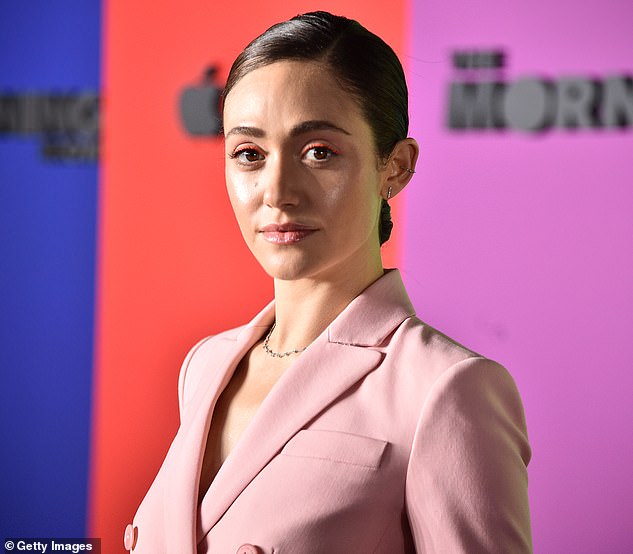