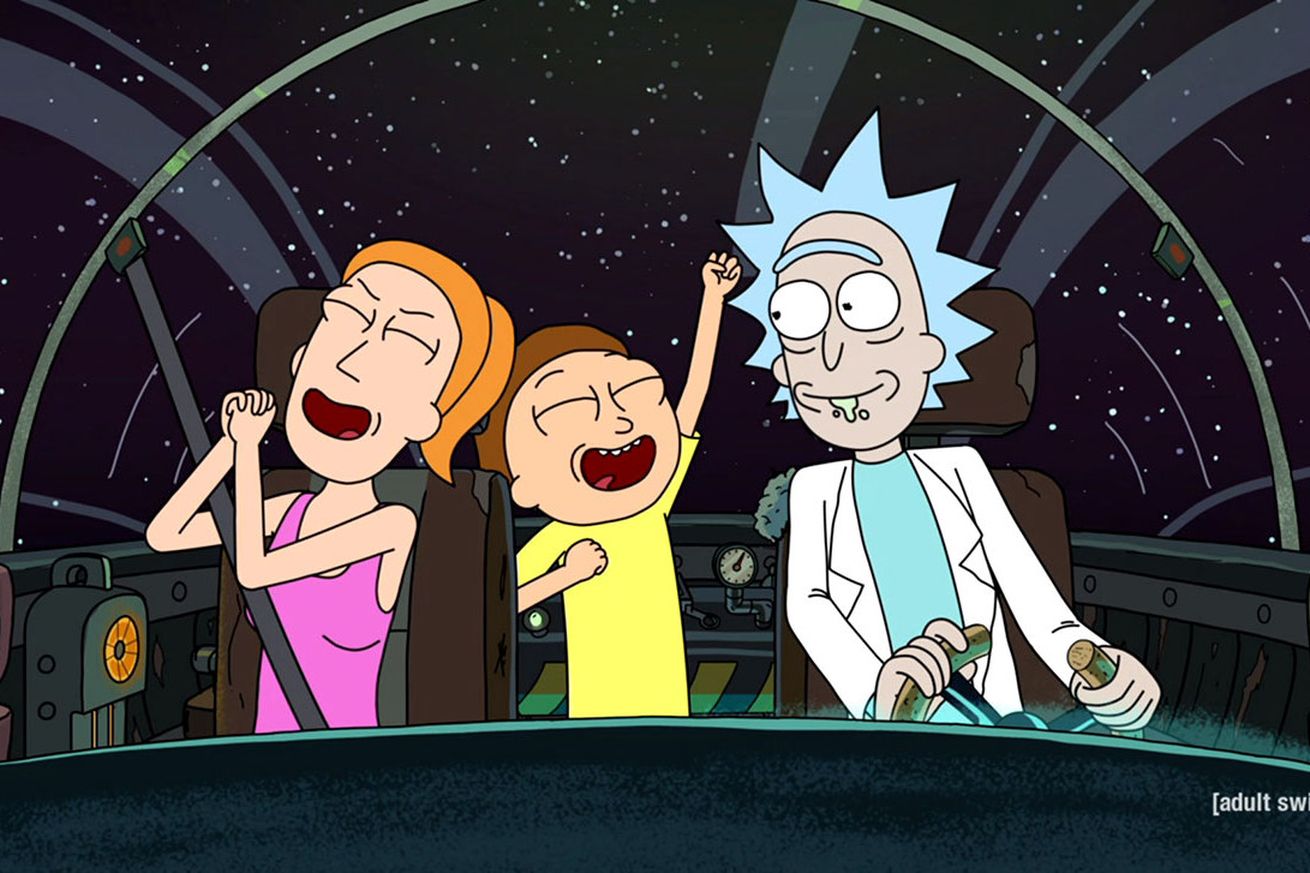 Following the wild adventures of a nihilistic mad scientist and his awkward grandson, Rick and Morty has quickly become one of the most well-known shows in adult animation since its premiere in 2013 on Adult Swim. Due to the show’s sharp humor, relatable characters, and imaginative animation, each season of the series has earned at least 90 percent on Rotten Tomatoes. That’s an incredibly impressive feat and a testament to all the talented people voicing characters and working behind the scenes.

However, while the series is exceptionally well-made, it isn’t free of flaws. From animation goofs and continuity errors to scientific inaccuracies, Rick and Morty is filled with mistakes that ended up in the final cuts of some episodes. And if you want to learn more about these bloopers and blunders, then grab your portal gun and get ready as we look at some of the mistakes that are hard to ignore in Rick and Morty.

The viruses are too big in Rick and Morty

In the episode “Anatomy Park”, Rick shrinks Morty and sends him inside the body of a homeless man. As Morty makes his way to the man’s lungs, you can see that Morty’s about the same size as a single air sac, or alveolus, which is roughly 200 micrometers. Immediately after Morty leaves the lungs, the virus Hepatitis A shows up and attacks. Hepatitis A towers above Morty and the group running Anatomy Park, but in reality, most viruses are roughly 1000 times smaller than an alveolus, measuring about 20-400 nanometers.

What’s up with that screaming sun?

In “The Wedding Squanchers”, after the Galactic Federation discovers that Rick has been hiding out on Earth, they show up and occupy the planet. This forces the Smith family to flee and find a new place to call home. One of the planets that Rick takes them to is one where the sun has a face and screams every second it brightens the sky. The only problem with this is that sounds, even ones coming from a face the size of a star, can’t travel through the vacuum of space.

The concentrated dark matter is wrong

The episode “M. Night Shaym-Aliens!” introduces concentrated dark matter, a fuel that allows Rick to travel the universe faster than any other form of intelligent life. The episode also involves an alien race that kidnaps Rick and tries to trick him into revealing his recipe for the stuff. Rick, being two steps ahead of his captors, gives them an incorrect formula. While under surveillance, Rick tells Morty that the formula is two parts plutonic quarks (a pink fluid) and one part cesium (a green fluid). After “learning” the formula, Rick’s captors let everyone go in order to celebrate their first batch of concentrated dark matter.

However, when they try to replicate the recipe Rick gave them, they combine the ingredients with the wrong proportions. Rick’s alien captors create a mixture that is one part plutonic quarks and two parts cesium in what appears to be an animation error. Despite the aliens apparently getting the already incorrect formula wrong, Rick’s plan is a success, as the mixture ends up producing an explosion that kills everyone after Rick gets away.

Keep an eye on those test tubes

“Morty’s Mind Blowers” explores all of the terrible memories that Morty has asked Rick to repress, and each of Morty’s memories is contained in separate test tubes that vary in color. However, over the course of the episode, there are a few animation errors that result in test tubes changing from one color to another. In one instance, Rick holds a purple vial. But in between shots, the vial turns from purple to blue. A similar animation error happens again when a purple tube turns red after a brief cutaway.

An animation layering error in Rick and Morty

In “The Wedding Squanchers,” the Smith family attends the wedding of Rick’s long-time friend Birdperson. After the ceremony, everyone is milling around, drinking and talking with the other wedding guests. In one shot, Birdperson is talking with Tammy and then walks away from her, land this is where things get weird. There’s a random wedding guest holding a drink, but the glass doesn’t stay in the background of the shot. The drink looks like it phases through Birdperson as he walks in front of the guest holding it. It’s likely than an animator meant to animate the drink and put it on a background layer, letting Birdperson walk in front of it without any hiccups, but hey, even professional animators make mistakes.

You can’t drown in a room with a hole

In the episode “Mortynight Run,” Morty steals Rick’s ship and crash-lands it in order to keep the assassin Krombopulos Michael from killing a Fart, an enigmatic alien creature. In doing so, Morty smashes through the wall of a larger spaceship. Soon, Galactic Federation troopers swarm the room to arrest Morty after the commotion. As Morty fumbles with the ship’s controls, Rick opens a portal that floods the room all the way to the ceiling. He then opens another portal that drains the room of all the troopers, thus clearing Morty to escape.

The only problem is that this shouldn’t be possible due to the hole that Morty made as he crash-landed the ship. It’s not even as if the hole was filled after he crashed, either. It’s still right there in the wall as Morty escapes. In other words, the room should’ve been impossible to flood.

After Rick and Morty drop Jerry off at the Jerryboree, they park in a parking garage so Rick can do some business in the episode “Mortynight Run.” As they land, the back area of Rick’s car is visible, showing that Rick has a few throw pillows in the rear of his vehicle. In a later shot, these pillows mysteriously vanish. In their place is a lot of miscellaneous junk that seems more likely to be the cargo that Rick usually transports in his car.

As Jerry is just about to give relationship advice to his son in the family kitchen during the episode “Rick Potion #9,” Rick disapprovingly interjects. While explaining that Jerry isn’t the best person to hand out advice — given the state of his marriage — Rick decides to make a glass of orange juice. Rick grabs a glass, grabs some ice cubes from the freezer, and then pours himself some juice from the fridge. But when he’s shown in the next shot, Rick’s glass of juice is ice free. As he was making his drink, Rick very clearly got at least one ice cube in his glass. So maybe it just teleported out of there?

The premise of “Anatomy Park” is that different diseases are kept captive in a zoo for visitors to pay to see. While creatures like the monstrous Hepatitis A don’t resemble their single-celled counterparts at all, that can be chalked up to artistic liberties taken to make the episode more interesting. However, the E. coli that attack Morty seem like more of a misunderstanding or mistake. The E. coli are drawn with spindly legs that attach to stalky midsections with sharp, geometric heads. The problem is that this design is based off the cellular structure of a virus. In reality, E. coli is a rod-shaped bacterium, so yeah, somebody wasn’t paying attention in science class.

“Total Rickall” begins with the Smith family sitting down to a typical breakfast. However, when Rick enters the scene, he immediately finds there’s an extra person at the table. Sensing that something is amiss, Rick kills Uncle Steve, who was actually an alien trying to infiltrate the Smith family. After Rick blasts the monster, a huge bloodstain can be seen on the kitchen wall next to where the alien was shot. In the next wide shot, the blood is suddenly gone.

In “Lawnmower Dog,” the episode where Jerry asks Rick to make the family dog, Snuffles, more intelligent so he won’t pee inside the house, Jerry gets up from sitting on the couch to deal with his furry friend. As he sits, he has the TV remote resting on the arm of his recliner. But by the time Rick leans over Snuffles, the arm of Jerry’s recliner is shown in the background of the shot, but the remote is missing. Of course, that could simply mean the remote just disappeared into a parallel universe. With this series, who knows?

There’s something strange about the Gear People

First introduced in the episode “Ricksy Buisness”, the Gear People are a species that have three gears that function as a mouth, as well as gears throughout their entire bodies. To speak, the three gears rotate, representing mouth movement. However, in reality, this is totally impossible. See, the mouth gears all interlock, meaning they wouldn’t be able to rotate and would become jammed. With this in mind, the Gear People shouldn’t be able to speak at all.

When Mr. Meeseeks fails to take two strokes off Jerry’s golf game in “Meeseeks and Destroy,” he decides to summon even more Mr. Meeseeks to help get the job done. But since they only exist to take care of simple tasks, the Meeseeks can’t die until Jerry can be taught something. As the Meeseek’s existential pain increases, they begin to turn on each other due to their frustration with Jerry. Fed up, one of the Meeseeks summons a new Mr. Meeseeks and gives him the task of killing another Meeseeks. This is nonsensical because Meeseeks can’t be killed with violence. Instead, they must complete their task. Still, with all the twisty lore in Ricky and Morty, it’s hard to blame anyone — including the scriptwriters — for getting a bit confused.

In “The Ricks Must Be Crazy,” Rick is having some serious trouble with his car’s battery. After popping the hood of his space-traveling vehicle, he reveals that his battery is actually a microverse — a small universe contained within a box. Rick has cultivated life inside his microverse, and he’s given them devices called Gooble Boxes. Stomp on these things, and voila, you’re producing energy. But instead of producing energy to sustain the needs of a civilization, the Gooble Boxes send the majority of the power to Rick’s car.

“Vindicators 3: The Return of Worldender” introduces the Vindicators, a group of Avengers-like, crime-fighting superheroes who protect the galaxy. As the group assembles around a conference table to plan their next adventure, Alan Rails is seen sitting next to Supernova. However, when Vance Maximus enters the room, Alan disappears and isn’t anywhere to be seen. In the next shot, Alan returns to his initial spot, as if he never left. Since Alan’s only power is said to be his command over ghost trains and not teleportation or invisibility, it’s safe to say his disappearing act was completely unintentional.

In the episode “Morty’s Mind Blowers,” Morty explores the memories that he asked Rick to erase from his mind. Once inside Rick’s memory archive, Morty lies down on a bench as Rick shows him a deleted memory. Everything appears normal at first, but upon closer inspection, Morty changes size after the first memory is finished playing through Rick’s memory-playing machine. When comparing Morty’s size before the scene cuts away to afterwards, it’s apparent that Morty suddenly grew a bit. Unless Morty has got some Captain America super serum hidden somewhere, we’re thinking one of the Rick and Morty animators got a little sloppy.