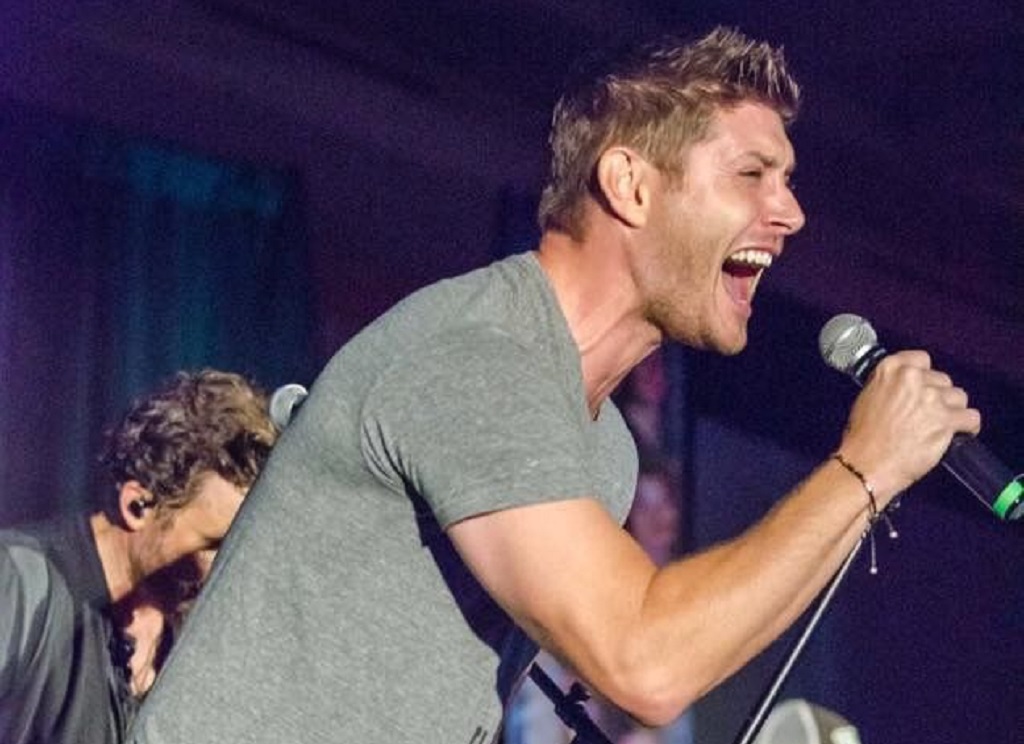 After playing the same role for 15 seasons, actor Jensen Ackles is taking on quite the dramatic change with his new character set to cause some trouble on Amazon’s The Boys in Season 3. The Supernatural vet will finally begin filming scenes as comic book supe Soldier Boy this week, and fans are turning out in droves on social media to show Ackles some love and to celebrate him as his career enters a presumably hyper-explicit new chapter.

Everybody is understandably pumped about Jensen Ackles officially kicking off his filming stint as one of The Boys new-to-TV characters that will be introduced in Season 3, and the enthusiasm was loud and proud enough to get “#GoodLuckJensenAckles” trending on Twitter. It’s arguably already the best thing to happen to a Monday in a while, and the good vibes are just oozing off of posts such as this one:

#GoodLuckJensenAckles @TheBoysTV is lucky to have you, you’re gonna kick ass! 💚💪😎 pic.twitter.com/ipQRwq6IiP

No mere black cat could possibly hinder the awesomeness that is Jensen Ackles’ debut in The Boys’ super-twisted universe, and no Earthly creature should ever want for such obstacles. The only thing that should feasibly come between Ackles and Soldier Boy is the actor’s big, bushy beard. And while the Supernatural fandom can be overtly possessive at times, many fans out there are just happy to see him land on another popular genre show.

Oh @JensenAckles the way your world is about to change forever, AGAIN! The #SPNFamily has enjoyed having you as our own but are happy to share. Can’t wait to watch #TheBoys fans’ heads explode! #GoodLuckJensenAckles #GoodLuckJensen #TheBoystv @therealKripke

Unsurprisingly, for as many generally casual pro-Ackles posts as there were on Twitter, there were also a ton of posts whose messages rang more emotional for those particular fans. Such as the user with the fan-centric handle @deansbestie_, who posted the message below:

The day it was announced that Jensen is gonna be in The Boys S3,I went from an emotional mess to a hyperactive kid. It’s still surreal to me. I’m so excited to see him rock this role. #GoodluckJensenAckles for this new journey. I hope you have a lot of fun.

To be fair, it’s kind of surreal in mutually exclusive ways for fans of The Boys and Jensen Ackles. Playing one of humanity’s saving graces for a decade and a half certainly wasn’t meant to be the ideal lead-in for a character as rowdy (to put it lightly) as Soldier Boy, even though the twisted mind of Eric Kripke is the one responsible for bringing them both to life in live-action.

It’s safe to say that if Jensen Ackles ever feels slightly glum, or is ever in need of a pick-me-up, the “#GoodLuckJensenAckles” hashtag is a treasure trove of good vibes and heartfelt messages.

#GoodLuckJensenAckles though you won’t need it cos you are all kinds of awesome. There’s bound to be a lot of mixed emotions, memories of “first times” but you’ll do what you have always done, head down, do the job and together with a new team create an amazing new character ❤

That’s just…nice. It’s a concept that is largely absent in 90% of Twitter posts, but in full bloom among Jensen Ackles fans. To close things out appropriately, here’s a fairly universal message from someone who came across the first-day-of-filming news a little later than others, but was no less enthused about it.

wait… what? It’s his first day of shooting?!
I’m here for it. 😘#GoodLuckJensenAckles pic.twitter.com/pznmFXAmTR

We are all here for it! Now if only The Boys Season 3 could hurry up and get here for us to watch. At this point, there’s no telling when Karl Urban, Jack Quaid & Co. will be back to take on more of Vought’s misfit superheroes. The first two seasons are currently available to stream now on Amazon Prime Video, while all 15 seasons of Supernatural are available to stream on Netflix, so putting them on at the same time while spinning in a chair is the closest we’ll get to Soldier Boy for a while.