‘Gossip girl’ Books were better than the Series 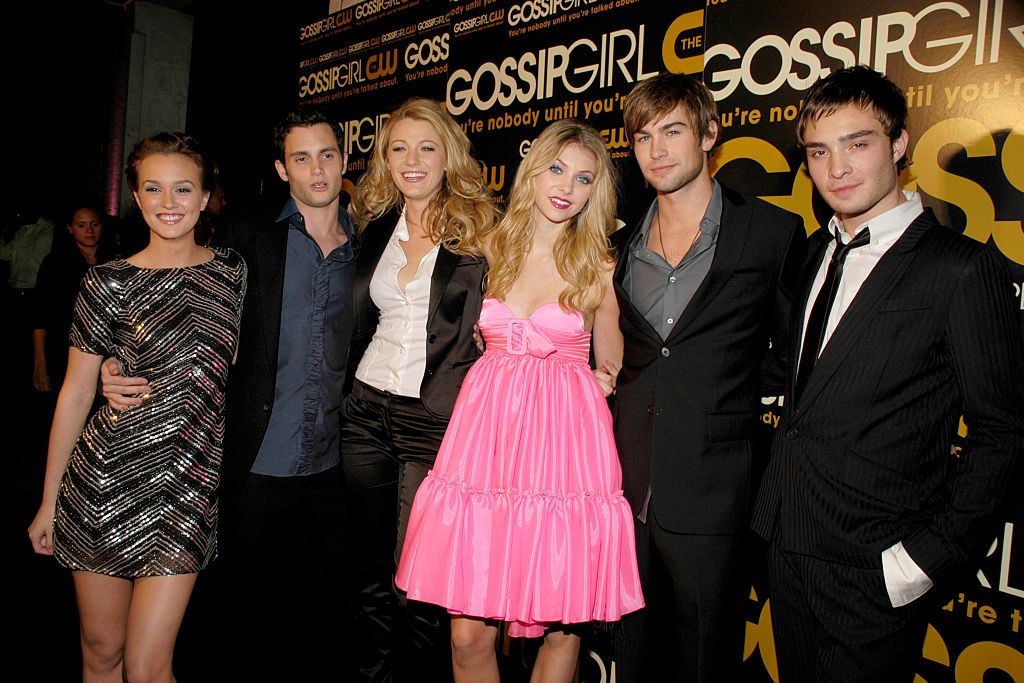 Everyone’s excited about the Gossip Girl reboot, but the news has made me long for a simpler time: when I was an innocent middle schooler, and the greatest Hanukkah gift I could receive was a fresh copy of the latest installment in the Gossip Girl book series.

Sure, the TV show was great, in a diet-The O.C. way (not surprisingly, since its creators, Josh Schwartz and Stephanie Savage, are O.C. alums): It was soapy, bitchy, Stuart Weitzman–shod perfection. But if you have yet to experience the wonder of its source material, you have quite a treat in store. Cecily von Ziegesar’s fictional tales about the queen bees and hangers-on of Manhattan’s Constance Billard School for Girls debuted in 2002 and went on to spawn 10 sequels, not to mention a prequel and a spinoff book series.

The books held a special appeal for me, because from third through eighth grade, I attended the Nightingale-Bamford School, the real-life Upper East Side girls’ institution that Constance Billard was based on. I tried to study the Gossip Girl books for clues as to how to win over my new classmates, but as I was neither descended from debutantes nor in possession of a Juicy Couture tracksuit, the Gossip Girl books were as foreign to me as they might have been to anyone reading them in Nebraska. The Gossip Girl protagonists, like my classmates, attended dancing school at Knickerbocker and spread rumors about which of their teachers were rumored to be lesbians; it was 2002, but it felt like 1922. At least in the books, as opposed to my actual existence, I could simply choose to stop reading.

When the books debuted, reviewers loved nothing more than clutching their pearls over the books’ supposed tawdry sexploits and ostentatious displays of wealth. But the series seems downright quaint when viewed from the Euphoria era. Although the books were excoriated, and even banned, for being too sexy, the act of sex itself was usually treated with caution; haughty brunette protagonist Blair doesn’t lose her virginity to her preppy stoner boyfriend Nate until halfway through the series, despite the fact that the average American teenage girl has had sex by age 17. The Gossip Girl teens had sex (sometimes) and shopped at Bendel’s (often)—but underneath the patina of privilege, their heartbreaks and friend feuds were familiar even to those not blessed with a charge account.

Not everyone hated the Gossip Girl books. They were bestsellers, and in a 2007 review of the TV show, New Yorker writer Nancy Franklin compared it negatively to its source material, writing that the show’s eponymous, seemingly omniscient narrator “sounds like a teen-age Donald Trump, full of hot air and clichés about New York.” As Franklin points out, Von Ziegesar’s writing occasionally fell flat, but her books treated young readers like they were adults (or kids in adults’ very expensive clothing).

To ignore how effective the Gossip Girl books were as satire is to misread them. Von Ziegesar knew the world she was writing about intimately, but she didn’t stand in its thrall; reading the Gossip Girl books one after another, as I have done more recently than I care to admit, feels like an effective anthropological study of early-aughts Upper East Side wealth. Von Ziegesar is an occasionally inelegant but always wry writer; her name-checks of everything from Stila lengthening mascara to Red Bliss pommes frites were so on point that she must have had spies in upper-crust New York teen culture. Von Ziegesar knew that the secret to irony was precision, and she deployed it with no hint of “OK boomer” anachronism.

While Von Ziegesar’s references were precise, her plot points tended toward the wonderfully deranged. Consider, for a moment, the “Nobody Does It Better” storyline in which Blair, reeling from being waitlisted at Yale and sick of living at home with her mother and corny new stepdad, simply moves into the Plaza—as one does. Meanwhile, blonde goddess Serena and her curly-haired protégé Jenny are serving as muses-of-the-day to a very Strokes-ish band called The Raves, another extremely relatable high-school experience.

Von Ziegesar may have placed her characters in an ever-escalating lineup of decidedly adult situations, from modeling at Fashion Week (Serena) to dating an English lord (Blair), and getting published in the New Yorker as a high-school student (disaffected poet Dan, in perhaps the least likely scenario of all), but she still cared about them. Everyone’s worst qualities were on display, but their virtues were too, as when Nate fondly reflects: “Here was the thing about Blair that he loved. She was spoiled, but she wasn’t lazy. She knew what she wanted, and because she believed absolutely that she could have everything she wanted if she tried hard enough to get it, she never stopped trying.”

The main sense one got from the books was just how exhausting it must have been for Gossip Girl’s young protagonists to live in fully grown-up New York while also attending high school. This Edith Wharton-esque weariness is excised from the TV show almost entirely, making for an extremely fun viewing experience that nevertheless lacks a weightier authenticity. The show often got lost in its depiction of extreme, over-the-top wealth, but the books expertly satirized it, giving readers a peek behind the curtain of past-its-prime Upper East Side society. As the book’s all-seeing Gossip Girl once wrote, “Who has time to make up stories when the truth is so much more interesting?”