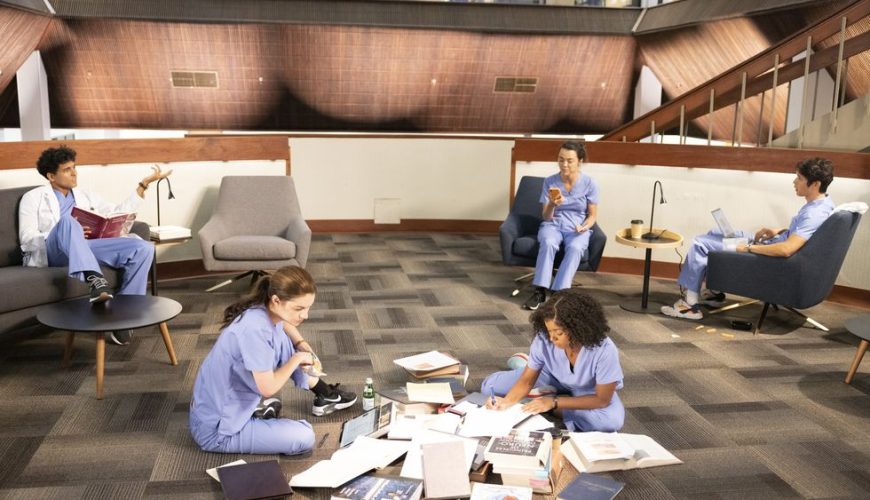 In the new season opener of Grey’s Anatomy, which premiered on US screens on Thursday (October 6), Grey Sloan Memorial Hospital’s newest batch of interns were placed under the supervision of Meredith, including Lucas (played by Niko Terho).

Lucas assists the team with transplant surgery in the episode, and says one of Derek’s most famous lines from a previous episode – “it’s a beautiful day to save lives”.

“He worshipped Derek,” Amelia Shepherd (Derek’s younger sister) told Meredith. “He’s you! He’s got the spark. He’s got the drive. He just needs the chance…”

Explaining what this twist brings to the long-running medical drama, Grey’s Anatomy showrunner Krista Vernoff confirmed in an interview with Variety that Lucas is the son of one of Derek’s many sisters.

“That was an early idea of mine as I was looking at how to connect this class to the original fabric of the series without repeating those characters, or retreading story,” she added.

“With Addison [Derek’s ex-wife], I remember writing a conversation where they were talking about Christmas gifts for all of the sisters,” she added.

According to Vernoff, who has also written for Law & Order and Shameless, Lucas has similar traits to his aunt and uncle.

“And this gives us that connection, but brand-new territory.”

Will it be smooth sailing for him and Meredith on the ward?