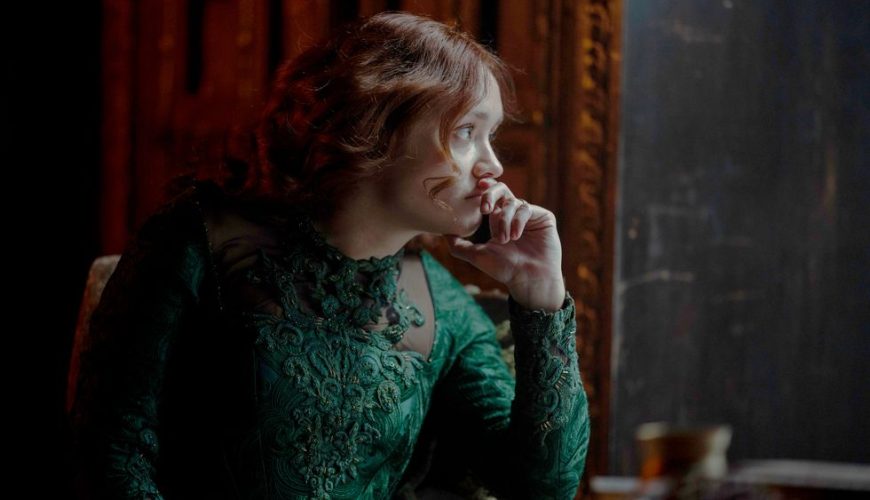 Game of Thrones spin-off House of the Dragon kept up the incest that the main show is known for, but the penultimate episode added a foot fetish scene.

In the episode, Alicent Hightower tries to pump Larys Strong for information… or rather, she gets him to pump himself as she shows him her feet and he masturbates over them, before revealing that her handmaiden is a spy.

Speaking about the reaction to that scene, Alicent actress Olivia Cooke told Variety: “It is wild, because there are beheadings, people getting their cocks cut off, graphic violence and brothel scenes, but getting my feet out and him wanking off, that’s the most shocking.

“It’s funny, isn’t it? I knew on the day, I didn’t want this to be gratuitous at all because I know my feet will end up on various sites. It’s wild how you can’t predict which scenes people have the biggest reactions to, and unfortunately it was that one.”

Speaking about the dynamics of power in that scene, the actress added: “She knows what Larys can do, how powerful he is and how he won’t stop shy of killing his entire family in order to progress in this court.

“The dynamic shifts slightly all the time over the scene. He probably holds more weight. It’s difficult, because she has no choice but to go along with a lot of the things that he does. She needs the information. Ultimately, she knows how she’s going to get it. If she doesn’t have the information, it could result in her death or in her usurpation or in her children’s death.

“The star continued: “I don’t think any of this is taken lightly. It’s just an absolute necessity, unfortunately. I don’t think there’s any manipulation going on. It’s just she needs the information, and this is how she gets it. It’s disgusting, it’s demeaning, it’s assault. But she’s not really left with any choices.”

Cooke added that the character “surrounded herself with psychopaths and murderers” and has no one else in her corner that she can turn to, noting that she could have struck up a relationship with Talia before learning that she was a spy.

Speaking of Alicent, we’ve gone in deep regarding the page that she gave to Rhaeynra Targaryen, how it ties to wider Westeros lore and what it means going forward.