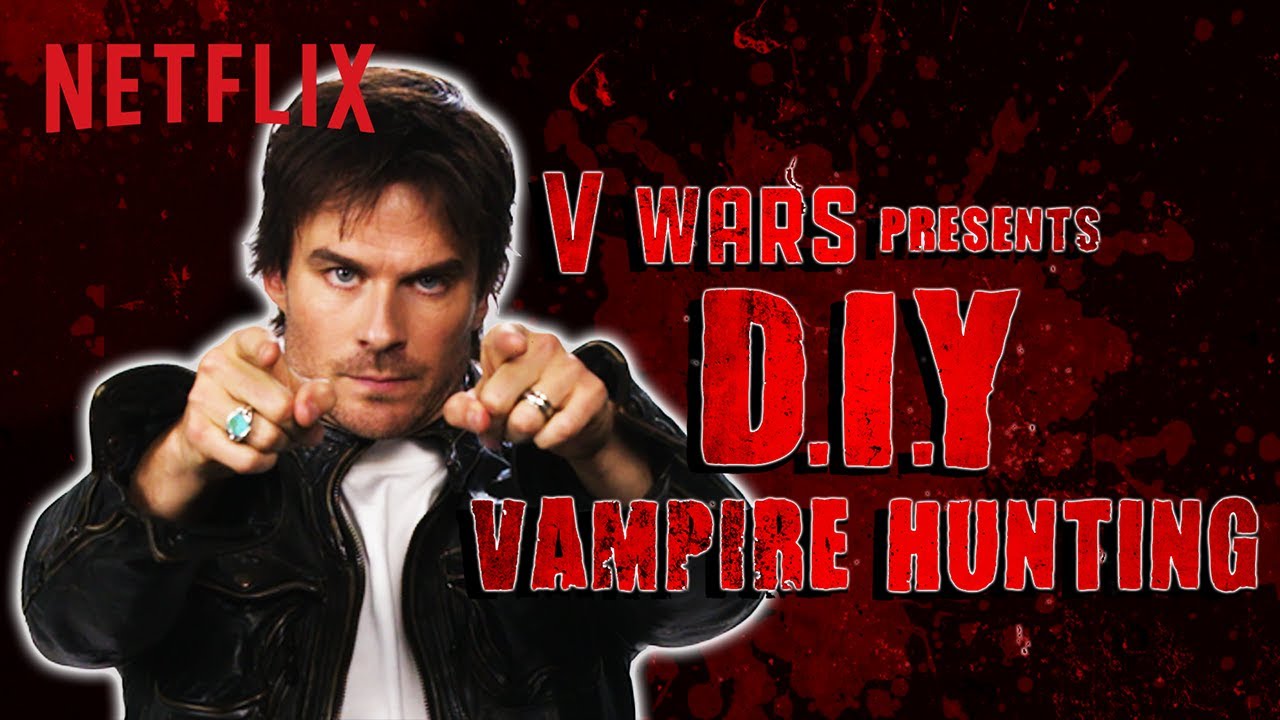 Protect your jugular, the vampires are coming! Jonathan Maberry’s popular comic book series, V-Wars, has been adapted into a series by Netflix, the first official trailer for which has just dropped. And while you might think, “Oh golly, another vampire show,” let me tell you they’re bringing on board. Ian Somerhalder, former on-screen vampire, is headlining V-Wars, and he’s batting for the humans now.

Disclaimer time: I’m a huge The Vampire Diaries fan. And having watched the show for all those years, I’ve realised that Ian Somerhalder is one of those actors who was meant to play a vampire. He played Damon Salvatore on the show, and his vampire bromance act with Paul Wesley, who played Stefan Salvatore, was so compelling (TVD fans, see what I did there?) that millions of fans are still not over the show ending! What’s more, he dated and remains friends with his TVD co-star Nina Dobrev (Elena Gilbert) and is married to another reel vampire, The Twilight Saga alum, Nikki Reed, who played Rosalie Hale in the franchise! Added bonus, he does this thing with his eyes that even earns him the nickname Smolderhalder!

If that isn’t an illustrious CV to make him the perfect casting in a vampire show, then I wouldn’t know what is. But here’s the plot twist. On V-Wars, Ian plays Dr. Luther Swann, a human. A plague has stuck their world, a deadly virus that transforms humans into vampires. And when his best friend Michael Fayne, played by Adrian Holmes, gets infected, Luther gets deeply involved. Pretty soon, it is humans versus vampires, and Luther is pitted against his own brother like friend, who has now managed to become the leader of the underground vampires.

The trailer looks impressive. It’s dark, bloody and sexy enough to merit a watch. The series has an impressive cast, with a bunch of actors with enough sci-fi on their filmography—Adrian Holmes (Arrow) as Michael Fayne, Laura Vandervoot (Bitten, Smallville) as Mila Dubov, Peter Outerbridge (The Umbrella Academy) as Calix Niklos, Kyle Breitkopf (The Whispers) as Dez, Jacky Lai (Beyond) as Kaylee Vo and Kimberly-Sue Murray (Shadowhunters) as Danika.

Netflix will drop all episodes of V-Wars Season 1 on December 5, 2019.