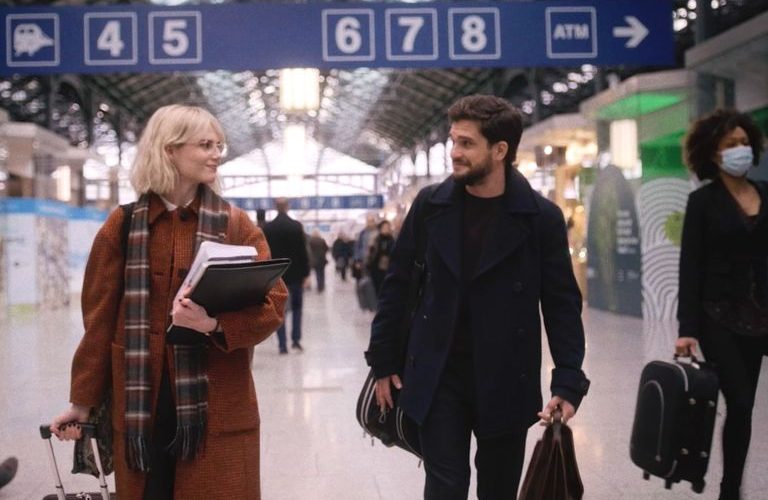 You’ll be thrilled to hear that the second season of Amazon’s Modern Love has retained the gorgeous title sequence from its first outing, in which stills and footage of love in many different forms are serenaded by its rousing theme song, which was composed especially for the anthology series.

It sets the tone beautifully, buttering up viewers before we arrive at the main event which, like season one, dedicates each episode to a submission from the iconic New York Times column of the same name.

In ‘Strangers on a Train’, which is a loose nod to Alfred Hitchcock’s 1951 thriller, but “without the double murders”, Michael (Game of Thrones and Criminal’s Kit Harington) and Paula (Bohemian Rhapsody and The Politician’s Lucy Boynton) are on their way to Dublin from Galway.

Michael, who works in tech, has been furloughed for two weeks and Paula’s university has closed its doors for the time being. There will be some who want the lingering spectre of Covid banished from their leisure pastimes. It has dominated virtually every other aspect of our lives, after all.

But this isn’t a story about the pandemic. Rather, it’s a device used to frame this particular relationship and as a result, we’re not wearied by its insertion into their world. Our eyes don’t suddenly start twitching as our muscle memory recalls the trauma of the past 18 months. It doesn’t feel “too soon” or even “old news”, depending on where you’re at emotionally. It gives this story its outline, and Michael and Paula fill in the colour. 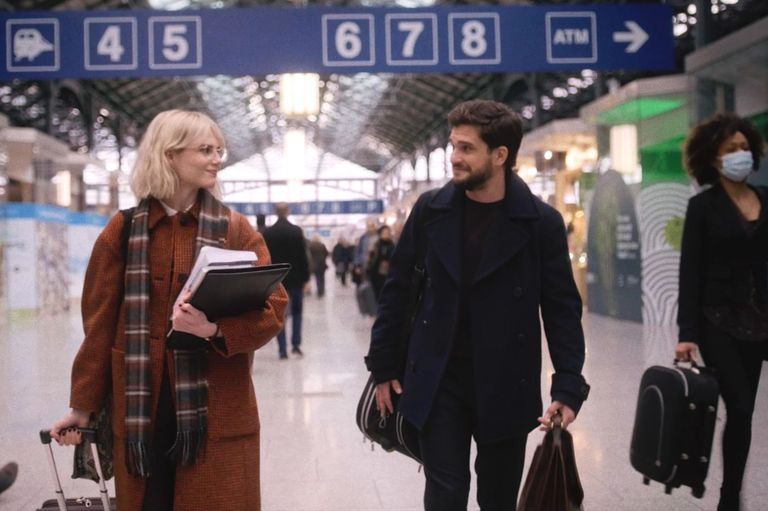 She’s a medievalist, he deals with algorithms. She “likes things that can’t be explained, that just go on and on”, he “likes things that fit in neatly”. But there’s an ease to their exchange and the promise of something more than a pleasant conversation between two good-looking strangers on a train.

That’s heightened by a whimsical, bewitching score that would feel right at home in Casablanca or Gone with the Wind, and a musical interlude that could have been an abomination, but its tongue-in-cheek approach makes it a triumph. And crucially, you like them as a couple. They complement one another, which is a credit to their performances, and the casting choice.

Eventually, they reach their final destination and go their separate ways (no spoilers here, that’s in the trailer), but not before sharing an elbow bump in lieu of a kiss (social distancing, and all that).

And yet, it is a moment heavy with romance courtesy of an orchestral swell and the ingenious use of a smoke machine to once again evoke that vintage film feel. That’s just one of myriad details that makes ‘Strangers on a Train’ a really lovely piece of telly.

They agree to meet at the station, “right here”, in a fortnight. Michael declines Paula’s phone number – “I don’t want to spend the next two weeks texting and DM-ing you like a teenager. This is old school.” But his aptitude for analytical forecasting did not foresee what was about to happen.

“I’m sure things will return to normal in a few days,” he said on the train when they were first getting acquainted. Viewers at home will nod along knowingly. Who among us didn’t utter those fateful words all those months ago?

Despite their total lack of communication, Michael and Paula’s fondness for one another does not abate but grows with each day as the pair write texts and record voice notes that they will never send, because they don’t have the means to. It should make us recoil but this story is nothing if not charming. Whenever it wades into soppy territory, it does so with a cheeky wink, refusing to take itself seriously, and the tone throughout remains mildly amusing. Before you ask, there is a Game of Thrones quip in there, and there’s also a reference to Gal Gadot’s ‘Imagine’ video, which is just one of many bizarre occurrences that have peppered the this period in our lives. Alongside tragedy, there has also been absurdity and this episodes successfully reflects that. 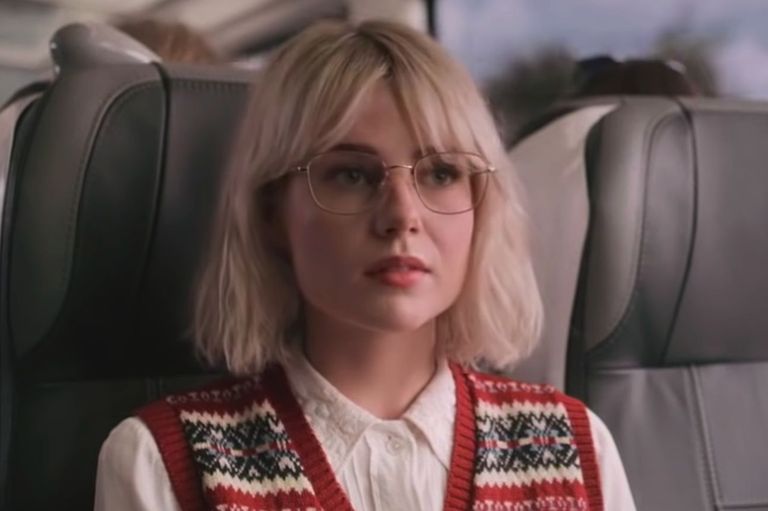 We can’t say much more without giving the game away. The conclusion does feel somewhat abrupt and may well leave you feeling frustrated, but it is an ending that its creators can comfortably justify.

That debate aside, ‘Strangers on a Train’ is a wonderful addition to the Modern Love library, simultaneously capturing all of the series’ best elements while maintaining its distinct personality throughout.