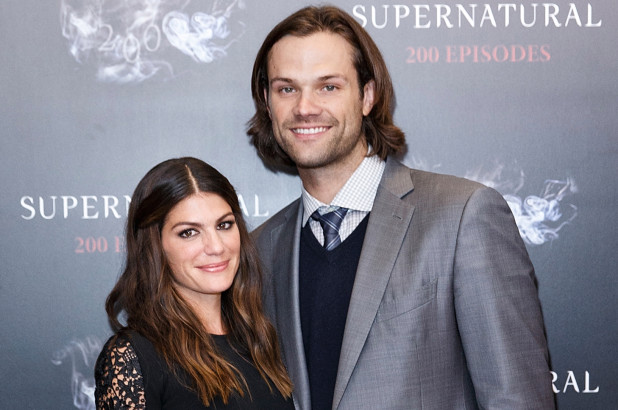 Actress and lifestyle blogger Genevieve Cortese, wife of Supernatural star Jared Padalecki, shared an adorable photo of herself with their 2-year-old daughter Odette, on Instagram Thursday. The photo shows Cortsese carrying their youngest child with the actress playfully biting her daughter’s big toe. It was just another glimpse into the family’s life after Padalecki’s arrest outside an Austin, Texas bar last month.

The post has more than 85,000 likes and hundreds of comments, many from fellow mothers.

“You’re such a perfect mother. I am going to be a mommy soon. Wish me luck,” one fan wrote, earning a response from Cortese, who posted four hear emojis.

“Is her little leg tasty?” one fan asked.

“So cute, have a good day Gen,” another fan added.

“She is too stinking cute!!! Love her little romper and your jacket too!” another wrote.

Cortese quickly returned to Instagram on Friday to share some advice about hosting Thanksgiving, which is on Nov. 28 this year. She published a new post on her blog Now & Gen, where she offered nine ways to reduce “holiday hosting stress,” written with the help of Austin event planner Gina Whittington.

“In case you missed my confession last year, I’m known as The Grinch of Thanksgiving dinner,” Cortese wrote. “I love the actual holiday — having the whole family together and reflecting on what we’re grateful for. The rest of it, not so much. All of the planning, cleaning, and cooking (especially making sure the turkey and all the other dishes are done at the same time) stresses me out! I’m in awe of people who are able to throw parties with such ease. So I asked the hostess with the mostess, Gina Whittington, to share some of her secrets to reduce holiday hosting stress.”

Padalecki was arrested on Oct. 27 outside Stereotype, the club he owns in downtown Austin. Padalecki allegedly two club employees and was intoxicated, police said. He was charged with two counts of misdemeanor assault with injury. Despite the arrest, production on Supernatural was not affected.

Cortsese has also continued to keep her blog up to date and share family photos on her Instagram page. Although she never directly responded to her husband’s arrest, she appeared to reference it in a Nov. 4 Instagram post, which included a quote from Brene Brown. “Owning our story and loving ourselves through that process is the bravest thing that we’ll ever do,” the quote reads.

On Wednesday, she shared her ideas for Christmas gifts for their children. She said she plans to get Padalecki a pair of headphones to wear during his travel to Vancouver every weekend to film Supernatural. She will get Odette a giant giraffe, a pogo stick for sun Austin, 5, and a keyboard for son Thomas, 7.

Supernatural, now in its 15th and final season, returns with a new episode on Dec. 5 on The CW.