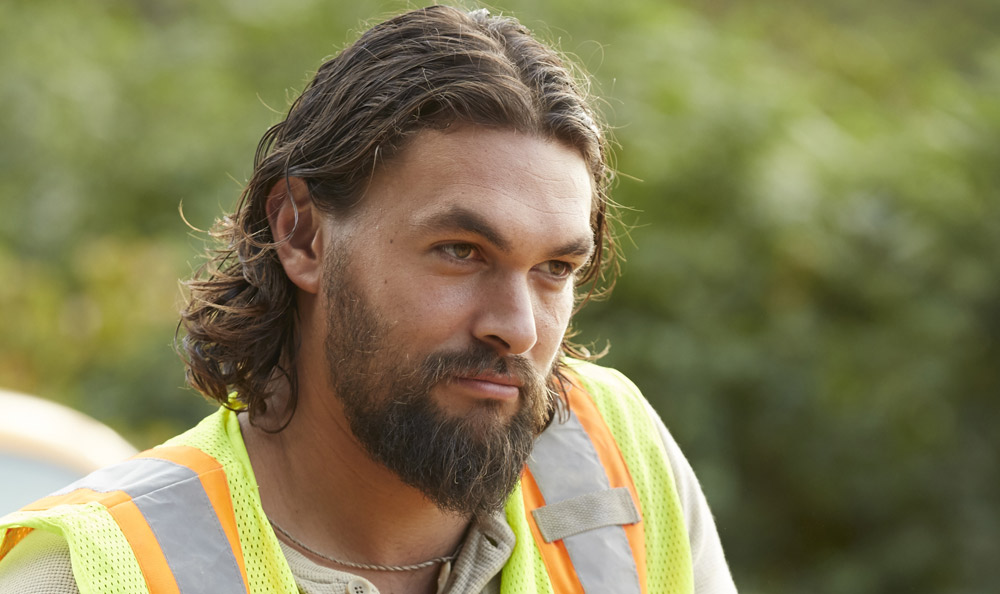 It’s hard to believe that an actor as physically imposing as Jason Momoa could ever be turned down for a job as a bouncer.

But the star has revealed that, before his huge roles in the likes of Aquaman, Justice League and new Apple TV+ show See, that’s exactly what happened – and he ended up doing something far more niche.

Appearing on The Late Late Show with James Corden alongside his See co-star Alfre Woodard, Momoa explained that he was once hired as a “professional shusher”.

“It’s extremely hard to get into this business and I didn’t have any money”, he said, revealing that he was living on a couch when a friend of his helped him find a job at a bar he was working at – but not just any job.

“They wouldn’t let me be a bouncer,” Momoa said. “But I was actually the guy that stayed outside in Santa Monica and kept everyone quiet as they came out from the club at two in the morning.

“So I wasn’t even good enough to be in the club but just keep people quiet… I was basically a professional shusher.”

Or as Corden puts it, “an elevated librarian”.

Surprisingly, Momoa revealed that the people he was shushing didn’t take him very seriously – a problem he almost certainly wouldn’t have had following his roles in Game of Thrones and Aquaman.

Set in a distant future where the entire human population is blind, things change when Baba Voss (Momoa) fathers two babies who are born with sight.

The actor has revealed that a second season is already on the horizon, although he’s not giving away any plot details.

“You don’t want to know,” he said when asked about what to expect in season two. “We went over the whole thing. It’s all laid out, which is really beautiful.”

Momoa recently spoke to media’s about how “challenging” it was for the cast to embody blindness.

“It’s all digital, for our eyes,” he said. “But even if you didn’t see that, you could see it in our acting.

“You can’t just look at someone and be like, ‘They’ll just remove the eyes’. Even when we’re fighting – or when I’m fighting – you can’t look at the person.”