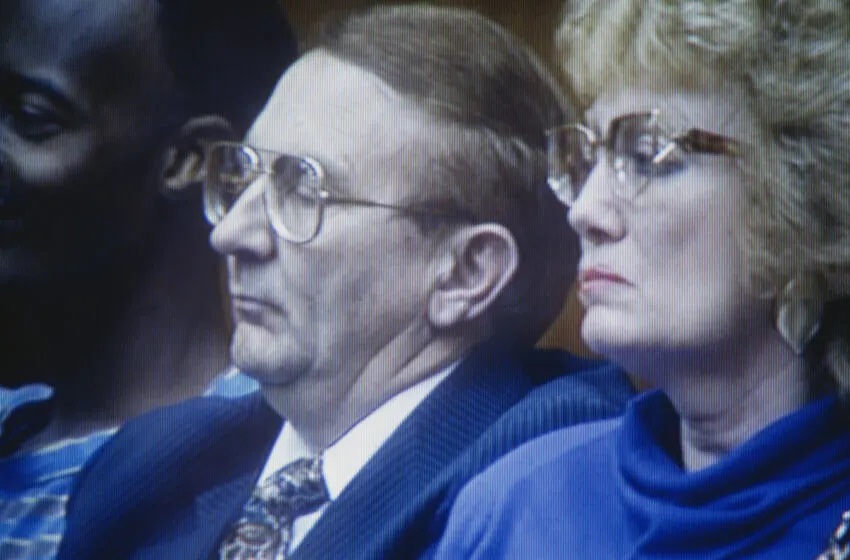 Jeffrey Dahmer has consistently been in the headlines lately due to multiple series about the infamous serial killer hitting Netflix within the past month. First came the Ryan Murphy limited series Monster: The Jeffrey Dahmer Story featuring Evan Peters in the titular role, followed by the true crime docuseries Conversations with a Killer: The Jeffrey Dahmer Tapes.

Monster, in particular, has caused a wave of controversy as many people feel the new series was made in poor taste and re-traumatizes the families of Dahmer’s victims. Jeffrey’s father, Lionel Dahmer, is also reportedly unhappy with the new series.

Lionel, 86, has been living a quiet life in rural Ohio, and according to his carer, Jeb, the release of these shows has reignited tons of hate mail and harassment toward him. Speaking exclusively to The Sun, Jeb says they have had to place “no trespassing” signs in the yard to keep people out, but that’s just the tip of the iceberg.

Lionel Dahmer is reportedly considering suing Netflix over new Jeffrey Dahmer shows
In 1994, Lionel Dahmer published a book, A Father’s Story, about his son and his crimes. He feels that’s all he needs to say about the entire ordeal and is displeased with Netflix and the production company for moving forward with these shows without consulting him.

“Everything else is just glamorized and provides attention to details that aren’t proven fact…When I asked Lionel what he wanted me to tell people, he said: ‘Everything I have to say is in my book.’ But that’s as far as he goes. None of this has been good for him,” says Jeb.

As Jeb points out, no one knows what conversations actually took place between Jeffrey and his victims. While the Ryan Murphy show presents some factual accounts, it also takes many artistic liberties to represent the serial killer.

Lionel is reportedly considering suing the production team or possibly Netflix over the creation of Monster: The Jeffrey Dahmer Story. He’s also unhappy with Conversations with a Killer because Jeb claims Jeffrey’s lawyer’s assistant sold the tapes without asking anyone.

“Jeff’s attorney Gerald Boyle had an assistant who recorded pretty much everything. She in no way, shape or form contacted Lionel about any of it, she just went ahead and sold the videos.”

Jeb went on to say that Lionel has received many phone calls, some calling him “scum” as they allege he’s trying to make money off of his son’s crimes. Lionel denies those allegations. Lionel’s carer states that the reports of Lionel selling Jeffrey’s glasses for $150,000 are also false.

While Jeb has not watched the show, he says that what he has been told seems to cast Lionel “in an unfair light.” Academy Award-nominated actor Richard Jenkins portrayed Lionel Dahmer in the series.

“Lionel was a very caring father. He was just trying to do his best in a time of uncertainty.

This is not the first time that Lionel has received harassment from Jeffrey Dahmer “fans.” In a follow-up article from The Sun, Jeb revealed that whenever a new piece of Dahmer media is released, people show up at Lionel’s house to harass him, send letters, make threatening phone calls, and more.

Incidents involving these strangers range from violent to surreal. Jeb recounts one particularly odd incident where a woman took her panties off at the end of the driveway and threw them in the yard while shouting, “I love you, Lionel!”