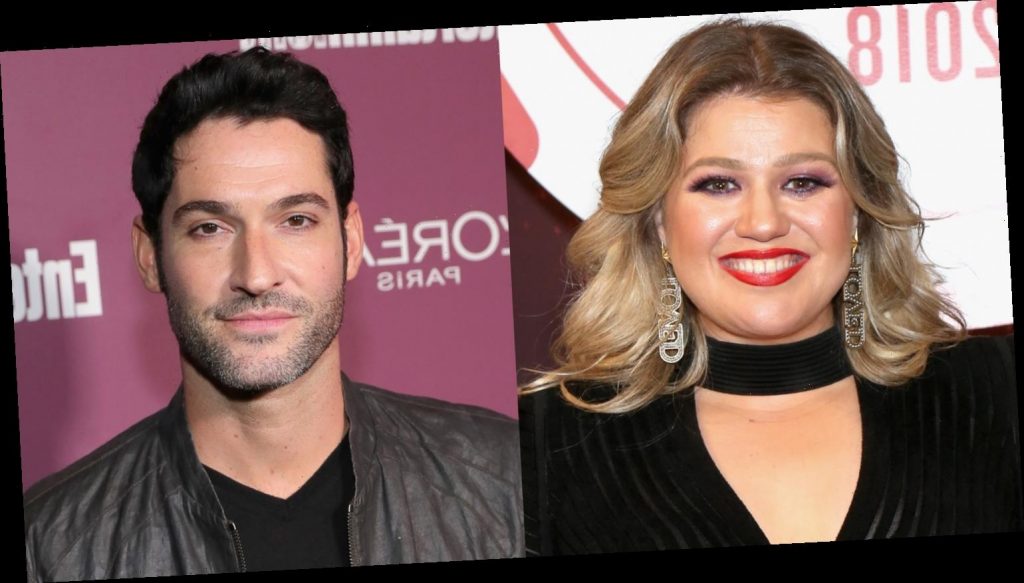 Kelly Clarkson spent the day on set of one of her favorite shows!

The 37-year-old singer filmed a segment for her talk show The Kelly Clarkson Show on set of the Netflix series Lucifer where she hung out with the show’s star Tom Ellis.

In photos shared by Netflix on Twitter, Kelly posed with cast members including Tom and Aimee Grace. In another shot, Kelly chatted with Tom while cameras from her show recorded them.

Netflix then also tweeted that Kelly‘s visit on set is the setup for some big news that she’ll be sharing soon!

“#Lucifer superfan @kellyclarkson not only brought the @KellyClarksonTV cameras to set for an episode airing on October 28 but she’ll also be dropping some news about Season 5,” Netflix tweeted.

Fans have started to speculate that Kelly might be announcing the Lucifer season five premiere date or that she might be making a guest appearance.