During his brief cameo appearance on The CW’s Arrowverse crossover event “Crisis on Infinite Earths,” it was revealed that Tom Ellis’ Lucifer Morningstar actually had history with Matt Ryan’s John Constantine. According to Ryan — who plays the Hellblazer as a series regular on DC’s Legends of Tomorrow — he and Ellis actually worked together to influence the script in a way that would better convey that familiarity.

RELATED:
* ‘Lucifer’ star Lesley-Ann Brandt has shared the cutest VIDEO with her son

In an exclusive interview with CBR, Ryan spoke to John Constantine — and how the on-screen adaptations he has starred in have taken the time to flesh out various things about the character, including his sexuality and dating history. “And I love all these movies and TV shows as well, when they add one tiny, little thing that just opens up a whole world,” he said. “It’s like Constantine and Lucifer when we had that scene in the crossover — me and Tom [Ellis] actually made up a bunch of stuff and they scripted stuff. That thing about Maze? That’s a whole world! I love those little nuggets and it’s just so fitting to John.” For context, in “Crisis,” Ryan’s Constantine reminded Ellis’ Lucifer that he owed him a favor as a result of an undisclosed incident involving the character of Maze, played on the Fox/Netflix series Lucifer by Lesley-Ann Brandt. 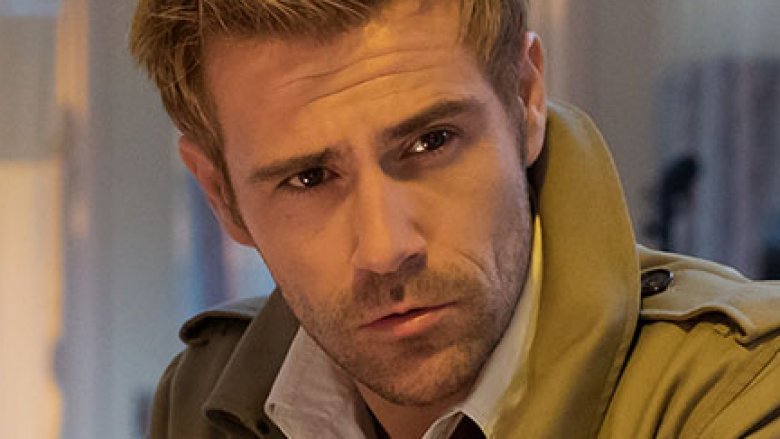 Ryan also agreed that Constantine has what is possibly the most complicated relationship history in the DC Universe. “Totally!” he laughed. “I’m waiting for that line to be written and I’m surprised it hasn’t been yet, in whatever medium. When someone says something like, ‘I’ve got relationship problems,’ and John goes, ‘You think you have?’ Just mentioning that in some way.”

When asked exactly how much of the dialogue between himself and Ellis during the latter’s “Crisis” cameo was improvised, Ryan replied, “Well, it’s a very short scene as we all know, and they did a great job of writing that scene and the kind of backstory. Me and Tom had met a few times before — we have mutual friends and we’re both Welsh boys. We had a trailer right next to each other. Constantine and Lucifer took a picture, like, ‘Fuck yeah! This is great!'”

Ryan and Ellis got together and discussed a moment in the script where Lucifer refers to the Hellblazer as “Constantine.” Ellis decided he wanted to switch things up, and instead have Lucifer call the street mage “Constan-tyne” (which actually is the comics-accurate pronunciation). Ryan not only loved the idea, but also suggested that Constantine refer to Lucifer as “Lucy,” to which he was met with similar enthusiasm on Ellis’ part. 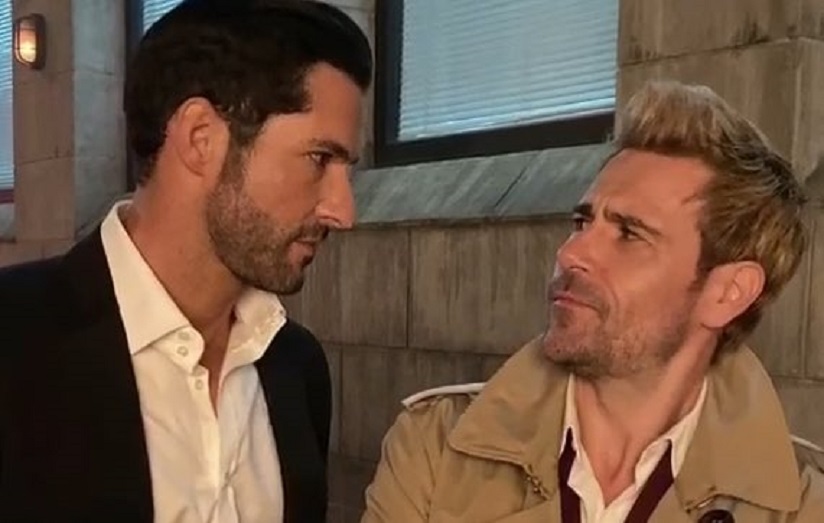 “There’s tiny, little personal things that we wanted to transpose to the screen,” Ryan said. “It was great jamming. It’s a small scene but we wanted it to seem like these guys have a history, a shared path, especially in such a short scene where there’s so much plot going on. It was a really fun thing to do.”

Ryan first played John Constantine on the 2014 NBC series Constantine, which was canceled after one season. Ryan later reprised the role on Arrow and Legends of Tomorrow, becoming a series regular on the latter. He has also voiced the character in various animated projects, including the mini-series Constantine: City of Demons, as well as the film Justice League Dark and its newly released sequel Justice League Dark: Apokolips War. Meanwhile, Ellis has starred as the Devil himself on Lucifer since its premiere on Fox in 2016. The show was canceled after Season 3, but picked up by Netflix for Season 4. Lucifer is currently gearing up for its fifth season on Netflix, which is being billed as its last (though there are whispers of a potential sixth season).

Interestingly enough, both John Constantine and Lucifer Morning star have had similar paths over at DC/Vertigo Comics. Constantine began life as a Swamp-Thing character before getting his own solo series, whereas Lucifer started out as a Sandman character before going off on his own as well.

DO NOT MISS:
* ‘The Big Bang Theory’: Possible Chance Of A Spinoff With Young Leonard