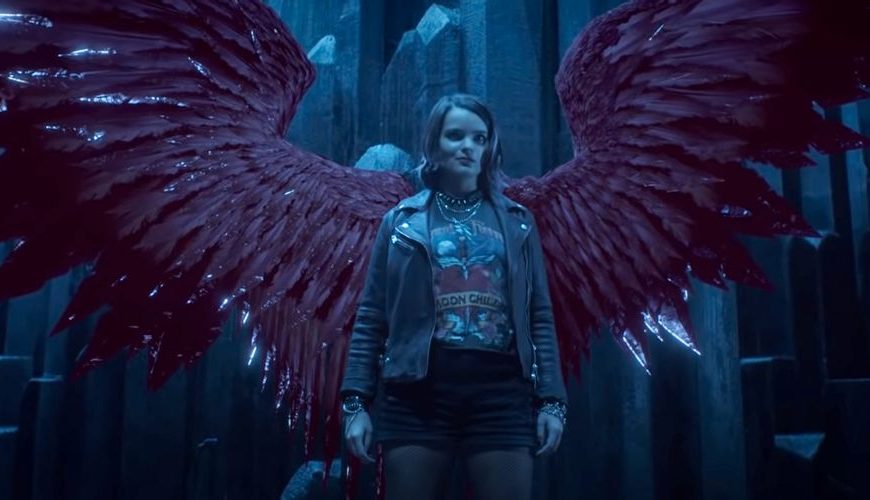 Lucifer Season 6 is just around the corner and a new trailer has dropped, revealing a new threat. Who is Lucifer’s sister Rory?

Lucifer season six is the final instalment of the Netflix series and it will make its debut on September 10. On August 10 a full-length trailer dropped and it revealed a new character. Is the red-winged angel Lucifer’s (played by Tom Ellis) sister Rory?

Who is Lucifer’s sister Rory?
Lucifer fans were excited to see the new trailer drop a month before the official release of the final season.

The trailer shows Lucifer Morningstar in a vulnerable position as he agrees to follow in his father’s footsteps as God. However, the transition will not be easy as he faces a new threat in the form of a red-winged angel.

In the trailer, Lucifer is seen staring up at his soon-to-be throne, and someone is seen sitting in his spot. The camera pans up to reveal a young woman with red wings, and she says: “Want to help me destroy Lucifer Morningstar?”

An apocalypse is nigh as “the laws of nature are breaking down”, but Lucifer has new problems to deal with. Later on in the trailer she is seen pointing a gun at Lucifer and he makes an attempt to attack her. However, he ends up passing straight through her body as she avoids his move.

Fans have taken to the trailer comments to ask who the vengeful woman is, with one saying: “Who the hell is the red/bloody winged angel?”

Another said: “Who else thinks that the New character is none other than Lucifer’s sister Rias Gremory?!”

Screenrant reported Brianna Hildebrand will play an angel, Rory, in the final season.

Actress Hildebrand is indeed the angel seen in the trailer, and the 24-year-old could become one of Lucifer’s biggest threats.

Entertainment Weekly revealed Rory was in fact Lucifer’s “troublemaking sister”, but the star is yet to give anything away about her role. She could be keen to get her hands on the role of God and would therefore want to take out the competition.

Fans have taken to Twitter to share their thoughts on her character, with one saying: “What if Rory is some kind of shapeshifter and takes Chloe’s appearance to go after Lucifer because she knows he’d never hurt her even if she’s the one attacking first.”

Another said: “What if the one who hurts lucifer is Rory? At the end of the trailer shapeshifter era so true.”

A third added: “I really think it was Rory on the murder of lucifer scene.”

Fans had hoped Rory would be introduced in the final season as they were looking forward to seeing a brother and sister bond.

The final scene shows Chloe Decker (Lauren German) attacking Lucifer and fans think it is Rory in Chloe’s body. Lucifer was thrown off by the attack, so his sister certainly knows how to deceive him.

Another fan added: “I think that’s Rory on the left? I think she can maybe change into other people. This is just a guess based on how Dan runs right through her?”

Hopefully, more will be revealed about her character and her relationship with Lucifer ahead of the new season. Knowing all of her brother’s weaknesses, she is certainly best-placed to finish him before the series ends.