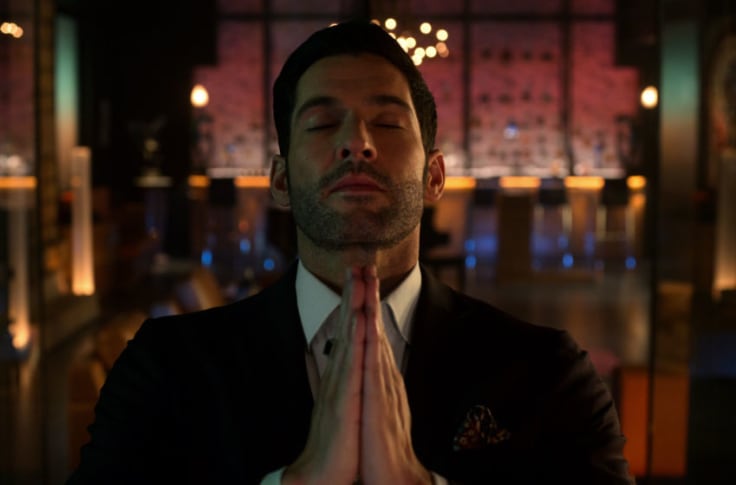 Lucifer fans are buzzing with excitement, and who can blame us? The second half of Lucifer season 5 is only a week away on Netflix! Very soon we’ll be seeing our favorite characters back on our screens, as well as get answers to those dramatic cliffhangers from episode 8.

But what is Lucifer season 5 part 2 about? Netflix certainly has been tight-lipped with what we can expect in the new season. We don’t know much, but we have some hints thanks to the trailer.

The two obvious story arcs are going to be God on Earth and the Lucifer versus Michael showdown. Finally seeing God is a gamechanger for the show. We’re five seasons in, and we’re still exploring new stories. This is going to be a chance for Lucifer to finally work through things with his dad.

And in another surprising twist, God is retiring. Who knew that was an option? It was obvious Michael was going to be a problem this season, but the not so devilish twin being the next God? He definitely shouldn’t have that kind of power.

These are going to be the two main storylines, but the characters individually also have a lot to work through. While we don’t have much information, where we left off with each character plus the trailer gives us some hints on what to expect in Lucifer season 5 part 2. Let’s take a look at each character and where their storylines could be headed in the new episodes of the Netflix original series.

There were two major cliffhangers for Lucifer in episode 8. First, he was just about to say those three words that Chloe’s been waiting to hear, when time is frozen courtesy of Amenadiel. Second, Michael and Maze show up and it’s a battle of the siblings with Lucifer and Amenadiel against Michael. That is before their father shows up. There’s going to be a lot for Lucifer and his father to talk through as well as that pesky twin of his to deal with.

Chloe is dealing with the fact that Lucifer is no longer vulnerable around her, as well as being kidnapped by Michael. Lucifer brings her back safely thanks to the detective skills he tapped into. Our girl desperately wants to understand why Lucifer hasn’t said I love you yet. When we think she and all of us are finally going to hear it, unfortunately, all hell breaks loose in the celestial sibling world.

I know all of us Deckerstar fans are really nervous. Lucifer is scared so he’s putting up walls and no longer vulnerable with Chloe. He hasn’t said I love you yet, and it doesn’t seem like he will soon based on the trailer. If he wants to be the next God, what does that mean for Deckerstar?

Michael manages to get into Amenadiel’s head. The father is scared of just how vulnerable Charlie is because he’s completely mortal. He’s so terrified that he doesn’t just slow down time, but completely stops it. Amenadiel then helps Lucifer fight off Michael and Maze. We know he’s got his bro’s back.

Going into the second half of season 5, I think we’re going to continue to see Amenadiel’s fears for Charlie. But I think the drama with Lucifer versus Michael and his dad’s presence will distract him a bit. Actor D.B. Woodside, previously said episode 9 will pick up right where we left off – the three siblings fighting right when their father comes down to Earth. His character will be “absolutely humiliated” when he sees his father.

As for Linda, we actually didn’t see her in episode 8 much. So far, she’s not worried that Charlie is mortal. In season 5 part 2, the doctor is going to be in the middle of the family drama. There’s also something going down between her and Dan. For those eagle-eyed fans, did anyone catch her handcuffed at the 1:47 mark of the trailer? And in the photo above? What did Linda do!?

Our favorite demon is on a journey to get a soul. We can’t really blame her for wanting this. Though she has made the mistake of aligning herself with Michael. While that’s where we left off with Maze, the trailer shows us she may be back on Lucifer’s side. Could the change of heart have anything to do with Eve’s return? This demon definitely deserves to find the love she deserves.

Our villain of the season – Michael. I’m sure we’re going to be building up to an epic celestial battle between the two brothers, as well as possibly their siblings? Michael has an army, many of them probably other angels. This does make sense because Lucifer’s been gone for hundreds of years. The question is just how many siblings are we going to see? And who is Team Lucifer or Team Michael? I know whose side we’re all on!

Our darling Ella got her heart broken in the worst way possible. It turns out Pete is a serial killer and almost got to her too. The nicest person on the show definitely did not deserve this. Someone give her a hug!

In the trailer, it seems like she’ll be back to her charming, bubbly self. But I do think a big part of it is an act she puts up in front of everyone. Hopefully, her friends will catch on and will be there to support her.

In episode 8, Dan finds out Lucifer really is the devil. Though he’s scared and confused, he does help Lucifer find Chloe. I think we’re going to continue seeing Dan not dealing with this new information very well. He’s drinking in the trailer and not at all impressed with God’s presence. I hope he doesn’t spiral too out of control.

I have to admit I forgot one important detail – Dan was with God’s wife. Kevin Alejandro told TVLine:

“When Dan realizes that Charlotte Richards was his lady? Yeah, that’s when he’s like, ‘Oh…. Ohhh.’ Big stuff happens when he puts the pieces together.”

Talk about awkward! How is God going to react?