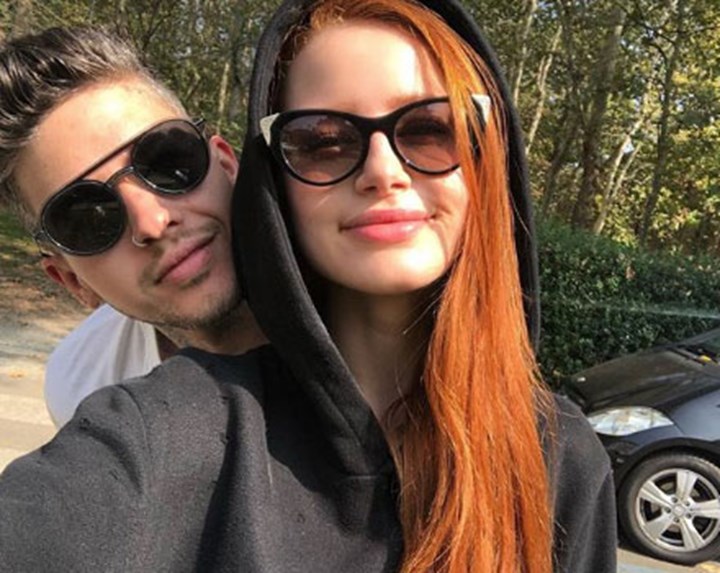 Madelaine Petsch and Travis Mills have reportedly called it quits.

The couple have ended things after three years of dating, E! News reported. According to an Us Weekly source, Petsch “moved her stuff out of his Los Angeles place.”

The couple frequently were photographed together at events and on their social media accounts prior to the alleged split. They have not shared posts with one another in 2020, fueling rumors that they ended things.

Mills’ last Instagram post with the 25-year-old in December of 2019. “I don’t always wear ears at @disneyland, but when I do it’s because @madelame made me,” he wrote alongside a sweet photo.

The couple met through mutual friends and auditions for Riverdale, the actress told Cosmopolitan. Mills auditioned for the role of Jughead on the show and reached out to Petsch on Facebook to congratulate her on Season 1.

“I think we just randomly had mutual friends, so we added each other,” she explained. “We kept in touch very rarely, not even that much, from January to February, and then the day I got back from season one in February I was bored in L.A., believe it or not.” He texted her asking to go see a movie and the rest was history.