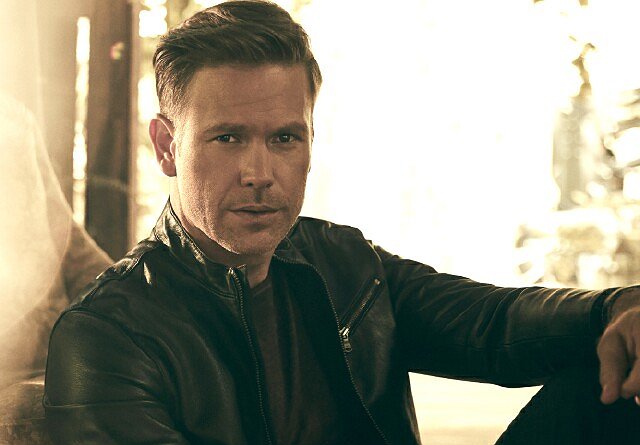 The Legally Blonde actor, 41, and his Ozark star wife, 27, confirmed the arrival of their first child in a sweet Twitter post on Tuesday. 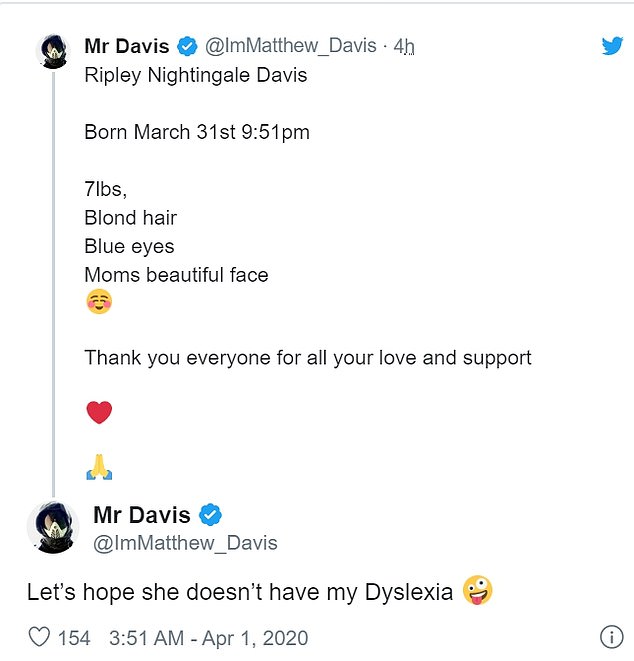 Matthew and Kiley announced they were expecting their first child in a sweet Instagram post back in September.

Matthew shared a picture of a T-shirt which said: ‘And then there were five,’ followed by two black hearts, two paw prints and a small red heart, in relation to the couple’s two dogs.

Also in the snap was a white babygrow which comically said ‘s**t just got real…’ and the baby scan photo, he excitedly penned: ‘Arriving 2020!!!’

Meanwhile Kiley also shared a snap of two baby outfits with one of the tops saying, ‘daddy’s super star’ and another reading: ‘oh deer!’.

Matthew and Kiley married in December 2018 just hours after he proposed to her while Christmas shopping. 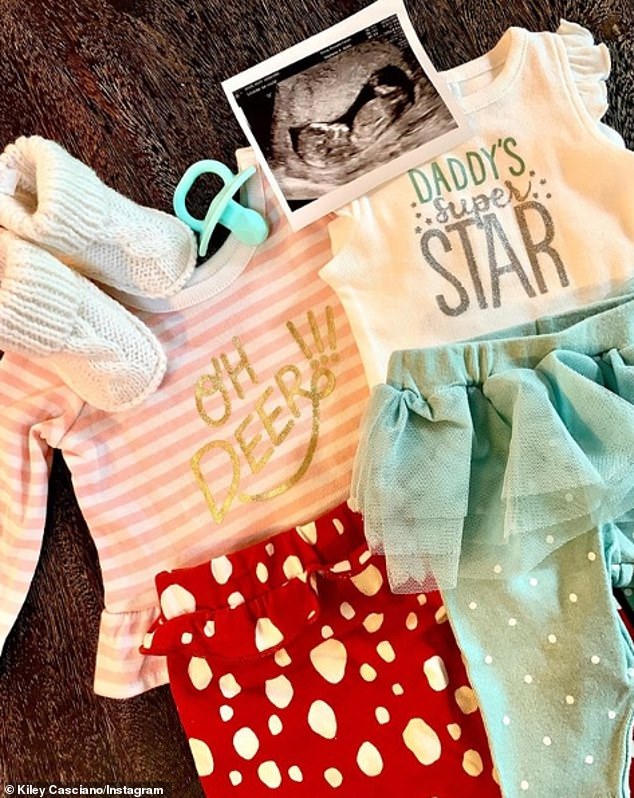 Sharing an Instagram album at the time of their spontaneous nuptials, he penned: ‘When you ask your lover if they want to get married while shopping in the produce section of Erewhon, and 3 hours later you’re married on Christmas Eve Eve.’

Matthew was sure to show his gratitude in his caption, adding: ‘Thanks to Abbot Kinney for the last minute provisions. #AVeryMarriedChristmas’.

The actor rose to fame alongside Reese Witherspoon in the hit 2001 movie Legally Blonde where he plays Elle Woods’ ex-boyfriend Warner Huntington.

Matthew went on to star in The Vampire Diaries as Alaric Saltzman from 2009 until 2017.

The actor used to be married to Joan Of Arc Emmy nominee Leelee Sobieski in 2008, but they were divorced by the end of the following year.