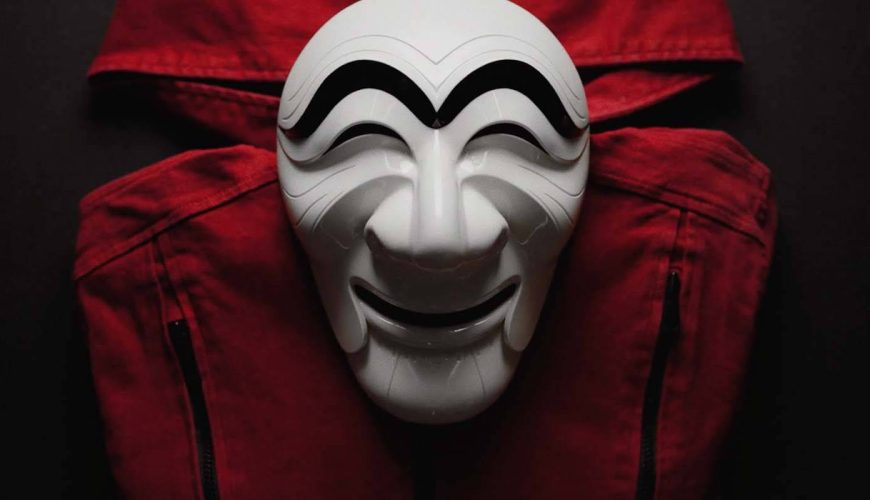 Apart from anti-fascist song “Bella ciao” and the red jumpsuits, the Dalí mask is one of the prime symbols of Netflix’s “Money Heist.” The mask reflects the philosophies of Spanish surrealist artist Salvador Dalí against capitalism, which goes side by side with the show’s theme. As the Professor (Alvaro Morte) puts it, “This mask shows the spirit of the resistance that everyone should have in the face of injustice.”

As the heist continues to Korea with its own adaptation, selecting the mask is just as important. In its previous trailer for the “Money Heist: Korea – Joint Economic Area,” the actor Yoo Ji-tae portrays the Professors and is seen selecting a mask for his pack. This time, Netflix reveals that the Hahoetal mask will be used in the Korean edition.

On the show’s poster, it is seen that the Hahoetal-inspired mask sports a big empty smile. Hailed from the Hahoe village in Andong, Korea, the traditional masks are “worn in the Hahoe Pyolshin-gut t’al nori ceremony dating back to the 12th century,” as per Google Arts snd Culture, and are used by performers to portray characters in their ritual dance dramas.

“Hahoe masks reflect the main social classes of the time,” Kim Dong-pyo, director of the Hahoe Mask Museum, tells the Korean Cultural Center. “There were the ruling literati, aspiring scholars, and their servants, and the commoners. They all appear as masks regardless of their status. If you look at the facial expressions of these masks, there is a realistic expression of the dynamics of the social classes.”

Carved from wood by hand, the Hahoetal mask is a true product of Korean artistry and was selected as the no.121 national treasure in 1964. While we have yet to figure out the meaning behind the mask’s expression in the upcoming Korean adaptation, it is still good to know that “Money Heist” continues to be a vessel to showcase cultural identity to the world.

Know more about the Hahoetal mask below: