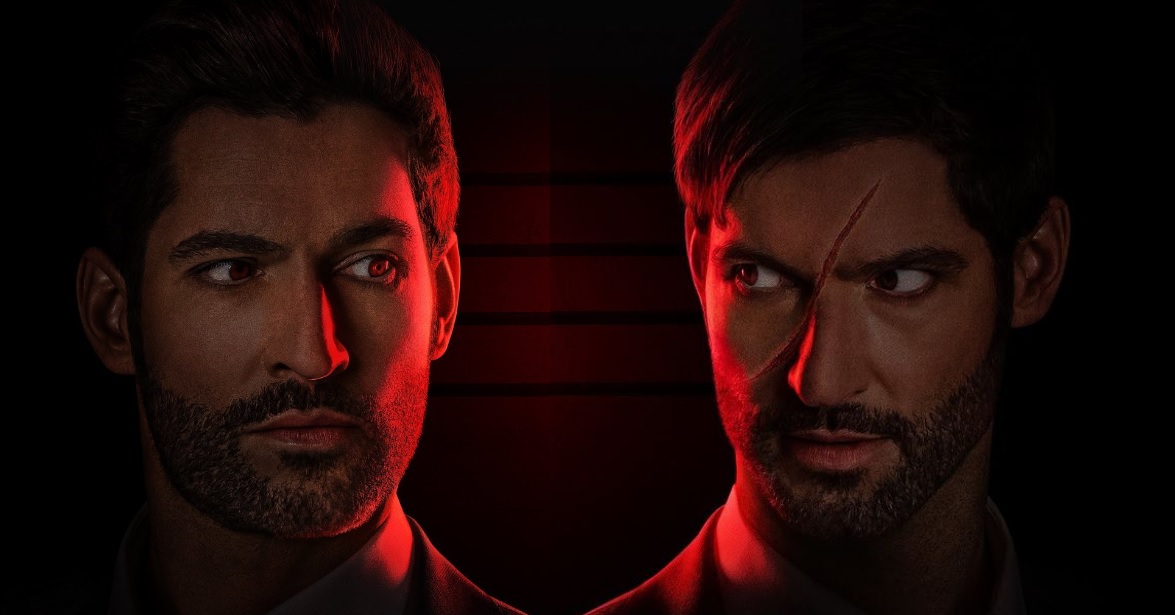 It’s almost time for another batch of new Lucifer episodes to arrive on Netflix! The second half of Lucifer Season 5 will arrive on the streaming service on May 28th, a date that fans have had penciled in their calendars ever since it was revealed. With just a few more weeks to go before the big premiere, Netflix has released the poster for Season 5B, and it features TV’s most sinister twins.

The poster for Lucifer Season 5B, which you can check out below, features Lucifer and his twin brother Michael, facing off in a sizzling staring contest. As you already know, Lucifer star Tom Ellis plays both characters, and their rivalry will continue into the latter half of Season 5.

With the poster now out in the wild, it likely won’t be long before we see the official trailer for the back half of Lucifer Season 5. Earlier this year, Lucifer co-showrunner Joe Henderson spoke with Word Balloon and promised that the trailer for the new season would be absolutely bananas.

“You guys are gonna shit yourself when you see that trailer,” Henderson said. “It is awesome. I mean, the season itself is awesome, but when you guys see the trailer — I will warn everyone that the trailer does have some spoilers that you might not want to see — but it won’t ruin the experience, it will only add to it in my opinion… But it’s got a lot. I was just watching it and I was like, ‘Did we do all that in eight episodes? Wow!'”

There is a lot to look forward to regarding the back half of Lucifer Season 5. For one, this new batch of episodes will introduce God to the show, who is being played by Dennis Haysbert. Lucifer star D.B. Woodside described the new episodes as “chaotic,” especially after God’s arrival.

“When God (Dennis Haysbert) comes, a lot of chaos is going to follow,” Woodside revealed to TV Line. “We pick up literally two seconds from where we ended, and Amenadiel is absolutely humiliated that God saw him behaving the way that he was with his brothers because as the oldest, he’s really supposed to be the one that sets the example — and he was not doing that!”

What do you think of the new poster for Lucifer? Are you excited for the second half of Season 5 to arrive? Let us know in the comments!