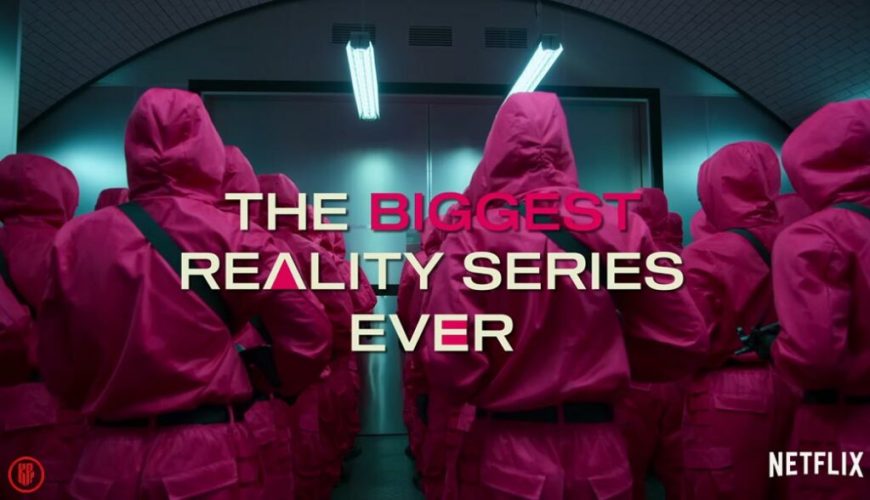 In today’s interesting and exciting news, Netflix is developing a real Squid Game (sans killing, of course). Yep, you read that right. Soon, people from around the world will have the chance to compete in Squid Game: The Challenge, an intense reality competition series where contestants can win an enormous cash prize.

Just how big are we talking? According to the Netflix press release, the cash prize will be the largest lump sum cash prize in reality television history—an astounding $4.56 million.

Squid Game fans know the number “456” is loaded with meaning, so it fits that would correlate to the cash prize and the number of players competing. Yes, the competition show will feature 456 real players! So not only is Netflix going to have a historic cash prize, it will also be a truly historic number of contestants, the largest cast in reality TV.

Games will be inspired by the show with some new additions. People can strategize and make alliances, just be prepared to put yourself to the test as competitors are eliminated one by one.

As for those who are just interested in watching and not joining the game, the reality show will be shown on Netflix. Production should be interesting, as 456 people is not an easy amount to keep tabs on. Cameras will have to try and film as much as possible since they won’t know who is going to get eliminated and who isn’t.

The 10-episode competition series is a co-production between Studio Lambert (The Circle) and The Garden (24 Hours in A&E), part of ITV Studios, and it will be filmed in the UK.

How can you sign-up for Squid Game: The Challenge?
If you are interested in trying to become a contestant on the show, you can submit for recruitment at SquidGameCasting.com. The Front Man is looking for English-language speakers from any part of the world.

It’s interesting that Netflix states that’s just for “this round,” as it sounds like they might already be considering additional seasons or spin-offs.

Of course, this news comes just one day after Netflix officially renewed the series for a second season. It was pretty much confirmed already before that, but it was nice to get the official news. It’s really no surprise considering Squid Game is Netflix’s most popular series of all time, with 1.65 billion hours viewed within the first 28 days of its September 2021 premiere.

The whole thing is pretty ironic when you consider the actual nature of the television show. Even the show’s creator is developing a satirical project based on the success of Squid Game, its view of capitalism and the kinda dark, voyeuristic tendency it showcases in us all, but I digress.

My name is Damyan Ivanov and i was born in 1998 in Varna, Bulgaria. Graduated high school in 2016 and since then i'm working on wordpress news websites.
Netflix, News, reality series, Squid Game, TV Series