US sitcom Outmatched is finally crossing the Atlantic next month, and stars Orange is the New Black favourite Jason Biggs.

You might be rubbing your hands together at the prospect, but unfortunately we must also report that the show was cancelled after its first season.

But for all it’s worth, the premise of Outmatched sounds quite similar to Outnumbered, so there’s that…

The 10-episode series – premiering on December 10 on FOX UK – centres on Kay (played by Maggie Lawson), a “caustic” casino boss and her handyman husband Mike (Biggs), described as a “guy’s guy”.

Together, they raise three highly intelligent kids – boasting challenging egos – and commit themselves to bringing some form of normalcy to a hectic household.

Outmatched is the brainchild of writer and executive producer Lon Zimmet. 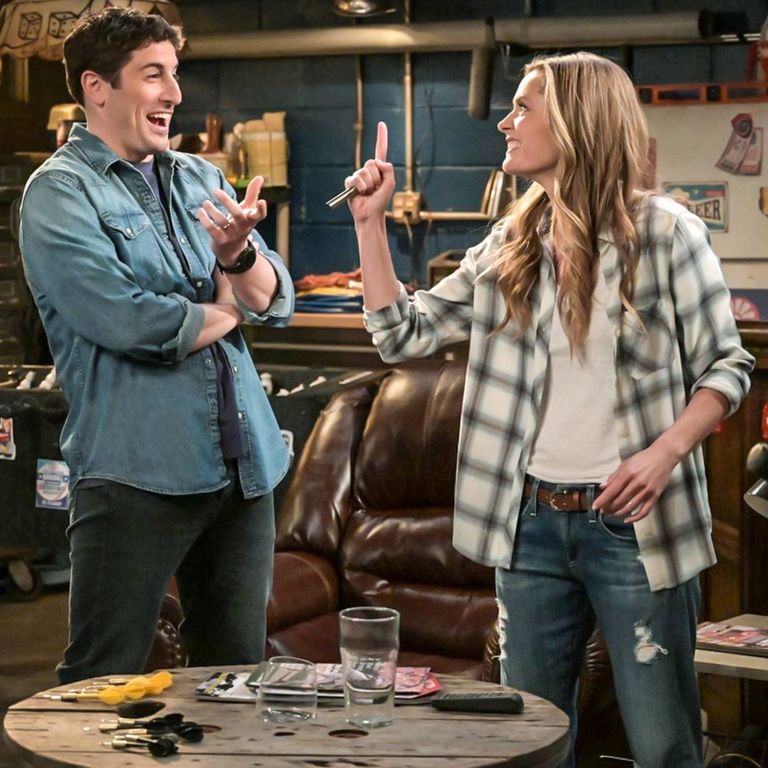 Purdy played Stephanie Hapakuka in the fourth and fifth season of the Netflix series.

In Wandavision, starring Elizabeth Olsen and Paul Bettany as Scarlet Witch (aka Wanda Maximoff) and Vision, details of Purdy’s character are yet to be revealed, but Deadline has confirmed that her role is recurring and that she has already finished filming her part.