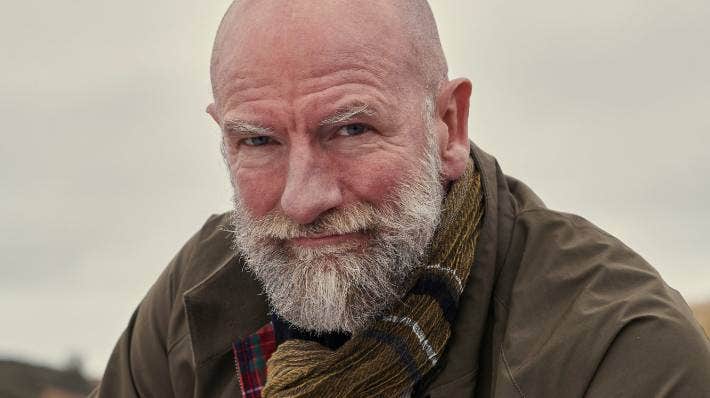 If you’ve been watching movies and TV for the past several years, chances are you know Graham McTavish. If not by name or face, then by voice. The Scottish actor is practically everywhere and has been for a good 20 years, although his career started back in the ‘80s.

The former Outlander star and co-host of sorta spin-off, Men in Kilts, has been in some of the most well known and beloved television, film and video game franchises, and it looks like he’s about to add another major one to his lengthy resume.

The Men in Kilts star is apparently done getting dirty in Scotland with his Outlander co-star Sam Heughan, because he’s, reportedly, been in England, potentially filming for the Game of Thrones prequel series House of the Dragon. According to Fansided in addition to him admittedly being in the city where the series is being filmed, Graham McTavish has actually been spotted on the set of House of the Dragon.

While the prequel series House of the Dragon has confirmed some of its major cast members, and it’s true that Graham McTavish is not one of those confirmed names, that doesn’t really mean he doesn’t have a significant part in the series.

Like it’s OG series, House of the Dragon will be chock full of main and minor characters. Stars like Matt Smith and Olivia Cooke have already been confirmed to be a major part of the series, with more sure to join or be revealed before its debut.

There are a couple of theories about who Graham McTavish could play in the HBO series, including the role of Ser Harrold Westerling, who was the Lord Commander of the Kingsgaurd for King Viserys I Targaryen. This warrior role would make a lot of sense, seeing as he has played a seasoned fighter in a lot of different franchises, including Outlander and The Hobbit.

Graham McTavish is no stranger to playing in fantasy worlds. He had the role of the dwarf Dwalin in The Hobbit films, and played not only the War Chief Dougal Mackenzie in Outlander, but also his son.

McTavish also has connections to Marvel, Star Wars, will have an important part in Season 2 of The Witcher, and worked in a number of major video game franchises like Halo, Call of Duty, and Assassins Creed. Honestly, that’s just the tip of the iceberg if you consider other smaller, but popular franchises. McTavish is a serious contender to tie for most franchise involvement with Mads Mikkelsen.

Well, it’s not 100% confirmed that Graham McTavish will be appearing in House of the Dragon in one capacity or another, but it’s safe to say that we’d love to see it. Regardless of who McTavish might be playing if he does show up, there’s no doubt that he’ll throw his all into any role the series might give him, and it would sure be a win for Outlander and Men in Kilts fans!