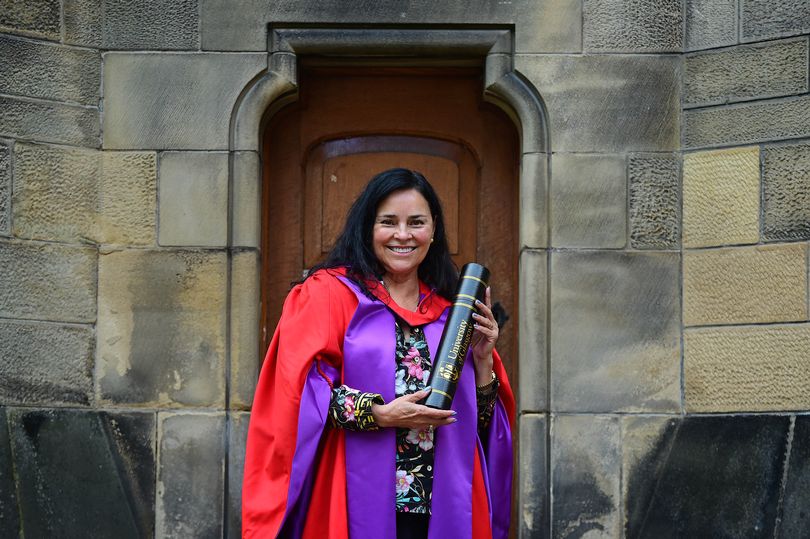 Fresh from receiving her honorary degree from Glasgow University, Outlander author Diana Gabaldon is set to return to Scotland for yet another event with fans.

The ever-busy creator of the Outlander Universe is already heading to Edinburgh this summer for an event discussing her sell-out book series and it seems she’ll also be heading to Inverness this autumn.

The popular writer, who released the first Outlander back in 1991, has announced “an audience with” show at the Highland capital’s Eden Court. She will attend the event and speak about Outlander, Scotland and of course both the final book and the prequel series she is currently writing.

Tickets for what is sure to be a sell-out show go on sale from Monday, July 11 at 10am, with the celebrated author heading to Inverness on Saturday, October 15 for the event.

Sinead Robertson, of the local fan group Inverness Outlanders that invited Diana to headline the event and discuss her work, told the P&J that Inverness is the “perfect setting” for such an event.

She added: “Inverness is the home of Outlander and the starting point of the tumultuous time-travelling storylines set in 18th century Jacobite Scotland, so it’s very fitting that she has agreed to come to the city which is at the heart of it all.”

It’ll be the third time the 70-year-old will be in Scotland this year, after it was confirmed she will host a special talk called ‘The Outlander Phenomenon’ at Edinburgh’s Central Hall on Tuesday, August 23, as part of this year’s Edinburgh International Book Festival.