Outlander fans were given a glimpse at what really goes on behind the scenes as the cast wrapped up season six.

Filming of the show was delayed last year due to the pandemic, with viewers getting their so-called ‘Droughtlander’ fix from outtakes posted on social media.

Scots actress Lauren Lyle, who plays Marsali Fraser, did not disappoint as she posted a series of backstage snaps of the ‘wild shoot’ – including 18th century costumes and parties.

In one Instagram photo, the cast – including Sam Heughan, Sophie Skelton and David Berry – smile in a blurry photo taken at a party with balloons and birthday banners. 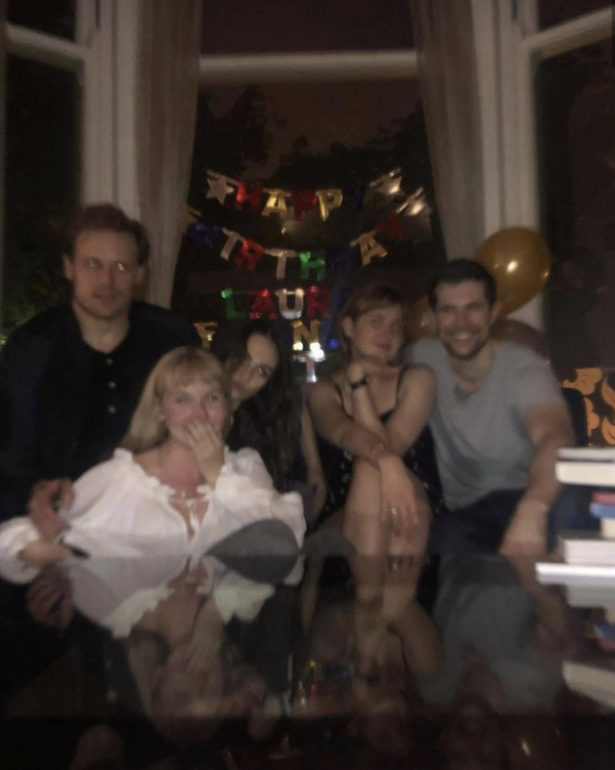 Another photo shows the cast huddling under umbrellas as they film series six outdoors in the rain, while another shows Richard Rankin standing with his iPhone next to a horse.

In a video, Catriona Balfe, who plays who plays Claire Fraser, breaks into laughter as she sits on a swing in full period costume as the cast film in Scotland.

Captioning the post, Lauren wrote: “Wrap on OL6 reflecting on a wild shoot period with the family during a pando.

“Thank you for all your Marsali love as always. Love her love you. Congrats everyone @outlander_starz – we can’t wait to show it off.”

The latest season of the fantasy romance is expected to hit the screens in early 2022, released on Starz.

While it’s not known the exact date it will be out, filming kicked off in January and we do know that a new family will be joining Fraser’s Ridge. 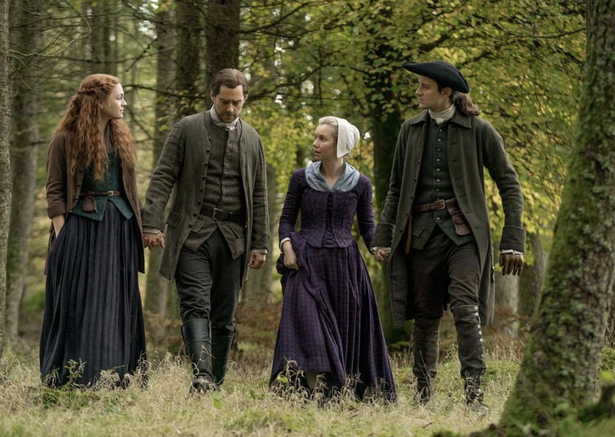 Due to the coronavirus pandemic, the filming for season six had to be delayed with the crew forced to take extra precautions on set.

A big part of the process was Covid tests, with the show’s bosses spending more than £150,000 building a private testing centre at their Scottish studios.

My name is Damyan Ivanov and i was born in 1998 in Varna, Bulgaria. Graduated high school in 2016 and since then i'm working on wordpress news websites.
Filming, News, outlander, Outlander 6, Outlander cast, outlander season 6, party, photo, Sam Heughan, TV Series