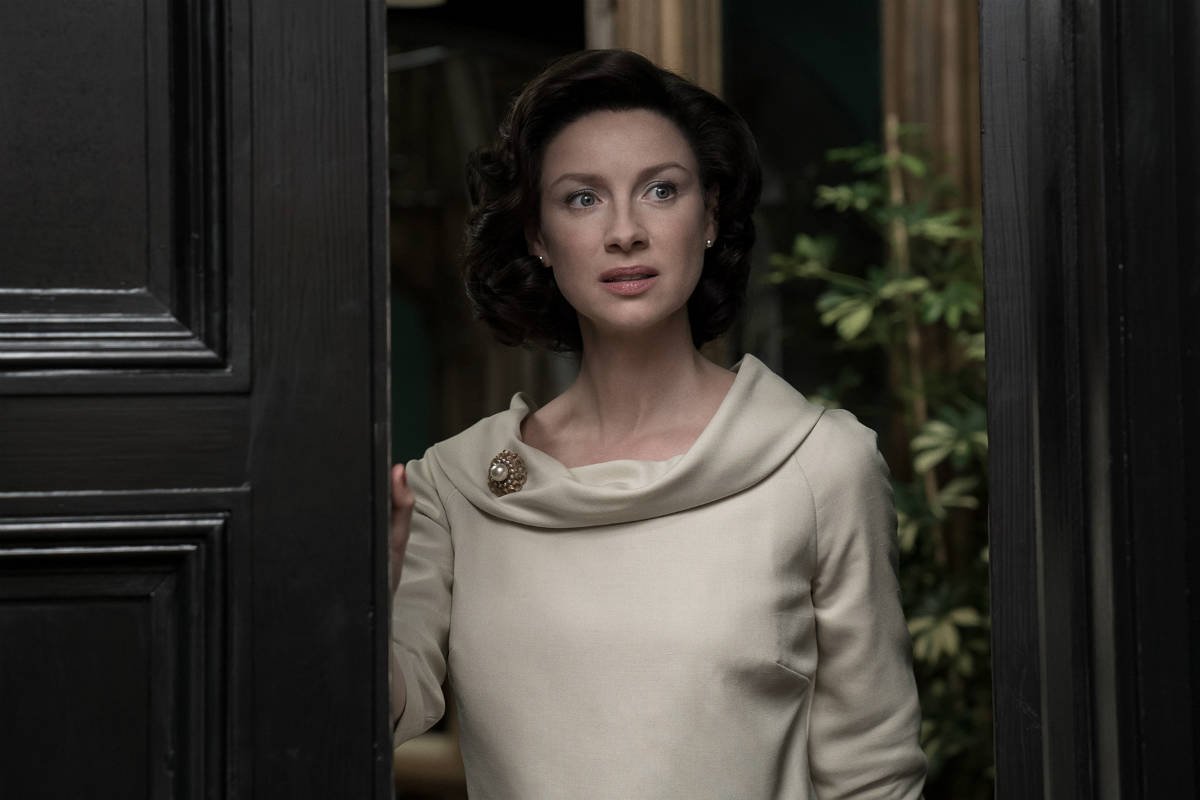 Outlander season 6 will give viewers a chance to see Claire Fraser try to recover from the events of the series five finale which saw her kidnapped and attacked. However fans have expressed their disappointed that one storyline has been missed out.

Claire Fraser (played by Caitriona Balfe) is first seen at the end of the Second World War before reuniting with husband Frank Randall (Tobias Menzies). The pair then head off on honeymoon in Inverness where Claire touches the stones at Craig Na Dun and travels back in time to 18th Century Scotland where she meets Jamie Fraser. Not much more is known about Claire’s past and Outlander fans are disappointed she hasn’t been given the chance to share details of her childhood.

Over the past five seasons, Outlander fans have heard tales about Jamie’s past and childhood at Lallybroch.

However, Claire has rarely discussed information about her own childhood and have begged bosses to share more.

One fan posted on Reddit: “Claire is the main character of the series and yet we don’t know much about her childhood or her life before she time travelled.

“I mean DG [Diana Gabaldon] gave her an interesting outline like she was an orphan at 5 and went to live with her archeologist uncle who apparently hates any kind of person conflict.

“I thought there was going to be some kind of interesting relationship between them and that we were going to see how she dealt with not having a mother and stuff but no it’s glossed over.”

Fans out the Outlander novels by Diana Gabaldon know there is much more to Claire than she has revealed in the Starz series.

The fan continued: “Honestly I was really disappointed when I read the first book and got to the part where Jamie and Claire share there backstory together, while Jamie tells his backstory /childhood /genealogy in full detail Claire’s is just glossed over like why tho?” (sic)

Others agreed and shared their “disappointment” over Claire’s backstory being missed out.

Another shared: “I want more Uncle Lamb! Their story has so much potential, it’s really a shame that DG doesn’t find them appealing enough to do a story about them.

“I understand why Claire’s parents might not be ideal, but Uncle Lamb? Come on!”

A second added: “Yes I agree! Like I remember that scene from the first episode where she and uncle Lamb are out on a site and she takes a drag of his cigarette and it just seemed like they had this awesome relationship and I was excited to see more of it!

“I would love more details on their relationship and her growing up with him. I imagine she saw and experienced so many unique things growing up with someone like uncle Lamb.”

The sixth season will see Claire start her recovery after her horrific sexual assault in the season five finale.

Actress Caitriona Balfe previously teased there is much more to come from her character.

“We can hopefully shed a light on something that people go through in real life and in some way then be part of a positive conversation about it” she said.

“We’re at the beginning of a journey with Claire, and I think it will take a long time for her to put the pieces back together.”

Fortunately, Caitriona noted she will have her support system around her: “But, the great thing is that she has a loving family around her, who also unfortunately understand this experience all too well.

“That is something that really gives her a lot of strength.”

Outlander seasons 1-5 are available to stream on Starz.