Outlander Season 6 Is Different From Past Seasons 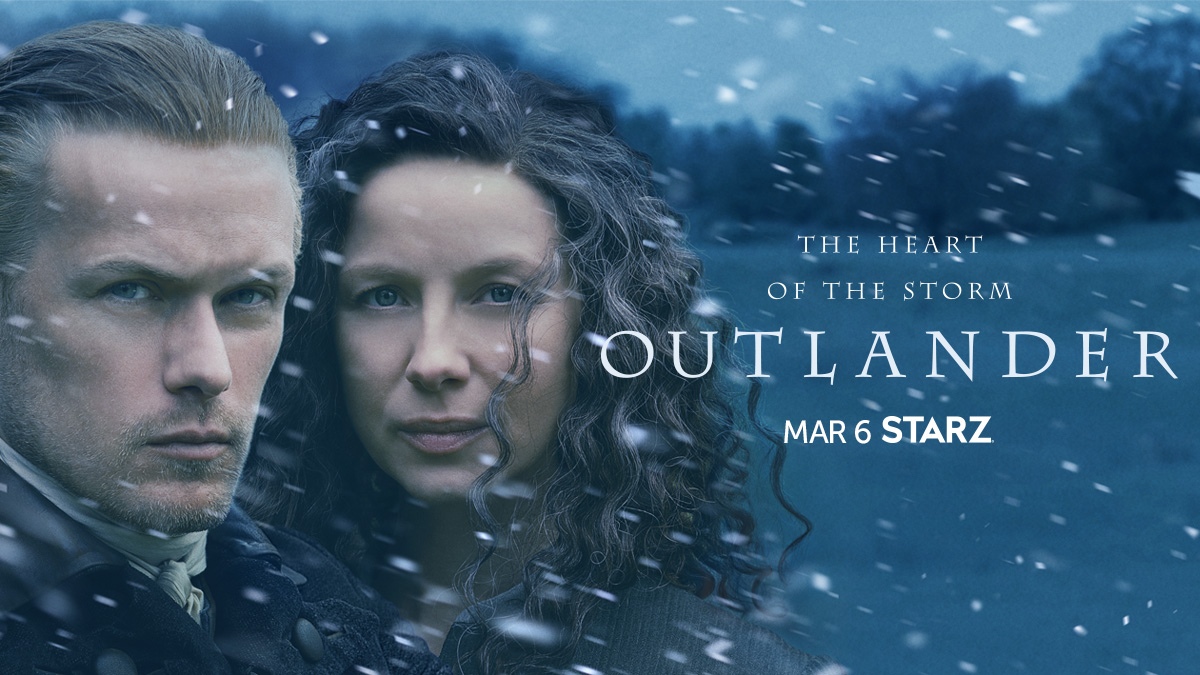 Outlander returns to Starz on March 6th with a different series than what has come before. The upcoming will mark the first time Outlander has moved away from the standard season format. Den of Geek spoke to executive producer Maril Davis ahead of the season premiere to discuss what fans can expect plus additional insights into the production process.

“I think the biggest challenge this season is that we had split book six, A Breath of Snow and Ashes over two seasons,” Davis said. “Since we cut this season short, we’re actually going to continue some of that material in Season 7. So when it first seemed daunting, actually, it completely worked out in the end.”

“In Diana’s [Gabaldon’s] books, so many things happen and they’re so spread out,” Davis explained for Outlander fans who haven’t read the book series source material. “Things happen so much closer to each other, so I think that’s always a challenge.”

Season 6 only has eight episodes compared to the usual 12 to 16 in previous seasons. Filming during the ongoing pandemic plus schedule conflicts in the cast and crew were the primary causes for this change. “Since we cut this season short, we’re actually going to continue some of that material in Season 7.”

When we catch back up with them, the Fraser family is in the difficult position of watching the prelude to the American Revolution unfold in real time. Claire’s knowledge of the future guides Jamie’s decisions on Fraser’s’ Ridge but the local residents present their own challenges to his careful line. Davis revealed some insight into the storytelling process.

“This season, we’re on the precipice of the revolution, but we’re not quite there,” Davis said. “Every season, we have Mohawk and Cherokee advisors. We have historical researchers. We always try to do our due diligence to make sure what we’re showing is as accurate as possible while still keeping in mind that we are following a book series. It is fictional. I asked this question as a follow-up to the themes I brought up in my editorial last year but there wasn’t enough time to fully address specific details.

Season 6’s directors have an important role to play in presenting this complex story on the screen. Since my episode reviews often highlight directors, I asked Davis to share some insights.

“Outlander is kind of a launching pad for some directors. We’re non-DGAs [Director’s Guild of America, the official union for TV/film directors]…our [talent] pool is definitely UK, though sometimes from Canada, Europe, and beyond.” Although this was not discussed during the interview, this explains why Outlander is not able to win some US industry awards as they are presented by Hollywood’s unions for members.

Which qualities were Davis and the production team looking for when they chose Season 6 directors Christiana Ebohon-Green, Kate Cheeseman, and the other directors?: “We look for people who are passionate about the material, who come in, want that challenge, can work within our system, which is a very showrunner-led system, that we always have a writer/producer during prep and on set, and are collaborative in that way,” Davis said.

“We want a director to come in with a passion, but we also want a director who can roll with the punches,” Davis said. “We’ve done this for a long time. We know what can and can’t be achieved. Outlander is a really hard show…. Outlander has no formula. It’s a five-week prep that’s very intensive. It’s a four-to-five-week shoot. It’s full on and there’s so many moving parts, so we need a director to come in who has experience, who can handle that whose passion is really strong,” Davis said.

“Sometimes, we ask people back if we think they’ve done a good job, if they’re available,” Davis said. “We also like to get fresh talent in and see who is out there. Although all the directors will be, I am especially excited to see who is Outlander’s first Black woman director, on Episodes 4 and 5.

Several new Scottish families take up Jamie’s offer to settle on Fraser’s Ridge this season. Book readers will be familiar with Tom Christie and his children Alan and Malva. Christie is a staunch Presbyterian in conflict with Jamie’s Catholicism. Davis teased what’s to come for these new characters.

“It’s a pretty juicy storyline, and Jessica, who plays Malva, did such an amazing job coming in, Davis said. “I think we were looking for someone who had an innocence, but all also had had a very difficult life.”

Her father’s religious fervor is a source of conflict not just for Jamie but for his family as well. “I think Malva is a survivor,” Davis elaborated. “She’s someone who’s kind of had to scrap her way up, and I think coming into this season, she’s never had a strong female figure in her life.”

If Claire is the first person you think of when you think of strong women on Outlander, you’re correct in guessing Malva will definitely want to bond with Claire. “She [Malva] sees Claire, and sees that this is this very modern woman in a time when women weren’t seen as having brains, as being equal to men.” Davis said.

“She sees Claire as someone who has a very equal partnership with Jamie, who is a physician, something she’s never seen before. She admires Claire, and looks up to her, and is attracted, gravitates towards her because she’s so fascinated by her. I think Malva, had she been brought up in a different place, a different time, different parents, probably would’ve achieved some amazing things in life.”

Tom Christie is authoritarian and misogynistic and Malva’s mother died some years ago. Could Claire inspire Malva to stand up to him? We’ll see soon.

Just as Davis had to juggle Malva’s plot with the politics of the Revolutionary War to develop Season 6, she also has to balance life in general. “I do not do it well,” Davis admitted. “Our industry is not built, unfortunately, for people doing a lot outside of their work.”

“I happen to love Outlander. It’s a passion project for me since the start. I just adore it, so a lot of times it doesn’t feel like work, but still, it’s full on. If this was my only job, it still would be too much work. I don’t know if I’ve discovered a really work-life balance yet, but I’m still working on it. Ask me in 20 years. I’ll maybe have figured it out then.”

Outlander Season 6 is shaping up to pack a lot of personal and political conflicts into eight episodes. Fans can look forward to seeing Maril Davis’ work on screen very soon.