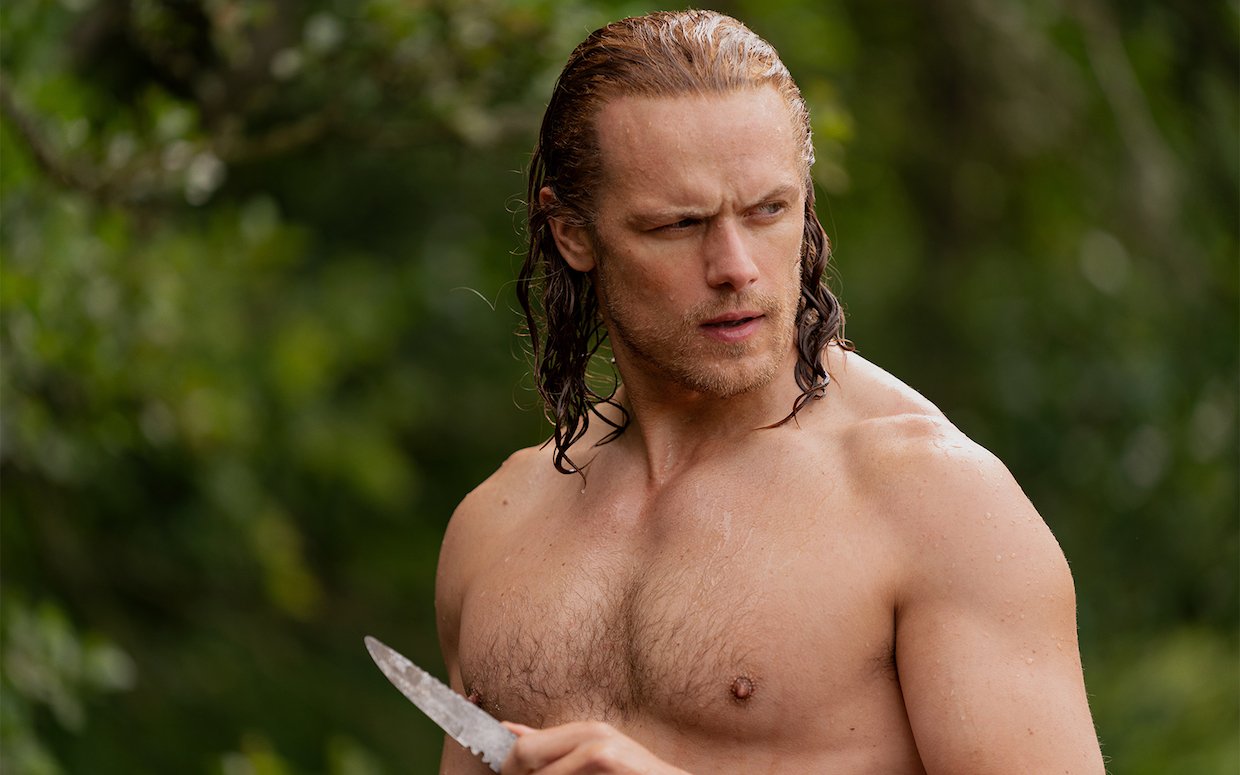 Family always comes first for Jamie Fraser (played by Sam Heughan) and if there’s a danger on the horizon, he will do anything he needs to protect the ones he loves. With the Revolutionary War approaching and the threat of old foe Tom Christie (Mark Lewis Jones) arriving on Fraser’s Ridge, could the highlander ask wife Claire Fraser (Caitriona Balfe) what they can do to flee the 18th Century? Outlander fans have always been certain Jamie cannot time travel but one viewer may have uncovered a loophole.

While Claire is able to hear a buzzing at the stones at Craig Na Dun, Jamie has only heard silence meaning he is unable to time travel.

Furthermore, when Brianna Fraser (Sophie Skelton) and Roger MacKenzie’s (Richard Rankin) son Jemmy held onto a gem and declared it was hot, the family realised he too could travel through time.

Jamie meanwhile could not feel any heat from the stone, insisting it was icy cold.

The highlander and his nephew Young Ian (John Bell) are the only family members on Fraser’s Ridge who are unable to time travel meaning if danger approaches they would have to stay in the 18th Century.

Claire, Brianna, Roger and Jemmy would be able to flee to the 20th Century but it’s unlikely they’d leave Jamie behind.

Outlander novelist Diana Gabaldon has confirmed he cannot time travel but one fan thinks he could be assisted.

Reddit user 5un5setz asked: “I’ve only seen the STARZ adaption of Outlander, but I’m curious if in the book we’ll ever get to see Jamie travel through the stones.

“I remember when Claire was going to travel back to Frank in season 2, she asked Jamie if he could hear the buzzing and to come with her, and he said he couldn’t hear anything. Does he just not have the ability to?”

While many fans repeated Diana’s claims Jamie cannot go through the stones, one asked if he could be carried.

Underlying Mechanisms replied: “The characters can take things they are holding with them through the stones… I’ve often wondered why they don’t try “holding” Jamie to get him through.”

Could Claire try tying herself to Jamie as they flee Fraser’s Ridge and any danger which may come their way?

Fans have never seen Jamie in a more modern setting and it’s likely he would struggle to adjust.

The highlander has not yet made it to the 20th Century in the Starz series or Outlander novels, but with book nine, Go Tell The Bees, out very soon could there be a twist on the horizon?

Meanwhile, leading man Sam has announced a new role away from the Starz show as he is set to appear in an eight-part crime thriller.

He will join James Nesbitt, Anne-Marie Duff and Richard E. Grant in the Channel 4 series.

The show follows veteran detective Danny Frater who gets a shock when he heads to the hospital for a routine ID check at the mortuary.

When he arrives, the corpse belongs to his estranged daughter Christina after she took her own life.

The pair had a complicated relationship but Danny refuses to accept the circumstances of her death.

He heads out on a mission to uncover what really happened to her in her final days.