Outlander fans have been busy theorising about the show while they wait for season 6 and one viewer thinks he’s solved a mystery surrounding Jamie Fraser’s ghost.

Fans of the hit Starz drama Outlander have been busy trying to solve one of the show’s biggest mysteries while they patiently wait for season six to arrive. Viewers have been pondering over the mysterious appearance of Jamie Fraser (played by Sam Heughan) in 1945 ever since the show began in 2014. But, one viewer now thinks they’ve found the answers. 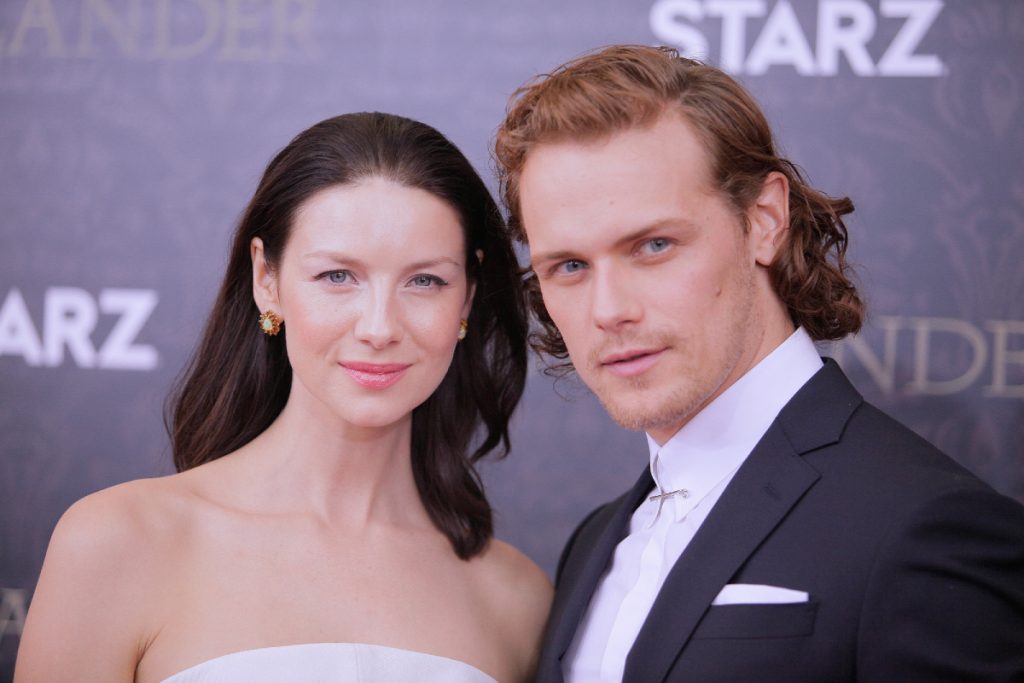 In the very first episode of Outlander, Frank Randall (Tobias Menzies) passes by a mysterious man in a beret.

Viewers never got to see the man’s face, but his Scottish kilt and the fact that he’s seen staring up at Claire Fraser (Caitríona Balfe) through a window suggests he’s Jamie Fraser, Claire’s husband from the 18th century.

Frank appears confused by the encounter and becomes convinced he’s seen a ghost.

Diana Gabaldon, the author of the series of books Outlander is based on, recently confirmed to fans it is Jamie’s ghost that Frank sees in that scene.

However, the series still hasn’t revealed how Jamie’s ghost ended up in 1946, when he’s incapable of time travel.

Diana once revealed that Jamie’s ghost is actually 25, which is bizarre considering that he’s well into middle-age in Season 5 of the show.

Many fans have been taking to Reddit to share their own theories about the mystery of Jamie’s ghost.

One Reddit user, Ksuri422, suggested Jamie died on the same day that Claire time-traveled back to the 18th century, writing: “That’s why we saw his ghost as the same age that he was at that time.”

The fan theorised that Jamie’s ghost arrived to summon Claire to the past to save him from being killed by the redcoats.

Jamie was almost killed by the redcoats in the first season of the show, but was saved by Claire’s warning.

Avid viewers will know Claire went back in time when the stones at Craigh na Dun were at their most powerful.

The Reddit theorist believes ghosts are able to travel through the stones during this period as well and that it is Claire’s rescue of Jamie that forged their strong connection.

“This is why they have such an unbreakable bond,” the fan added.

But is the theory correct? Viewers will have to tune in for Season six and hope the show gives them some much wanted answers.

There’s been a number of theories surrounding Jamie’s ghost, spread among fans in recent years.

Previously, some viewers speculated that Jamie died during the Battle of Culloden in Season two and that’s when his ghost may have time-travelled.

Meanwhile, others have suggested that ghost Jamie is actually just a projection of his consciousness through time or that he’s stuck in some sort of time loop.

Season 6 could give fans the answers they want and reveal exactly how Jamie’s past death led to that moment by offering up more clues about the nature of the stone’s power.

However, author Diana Gabaldon has hinted that the mystery of Jamie’s ghost won’t be solved until the tenth and final book.

As she’s currently writing the ninth, it looks like fans will still have a while to wait.

It’s currently not been confirmed how long the Outlander series will continue for, however it was recently revealed the drama has been renewed for a seventh season.

If Season seven is its last, it’s possible the show will skip ahead to give fans an answer regarding Jamie’s time-traveling ghost.

This wouldn’t be the first time a show has skipped ahead to wrap up a story for viewers, as Game of Thrones went ahead of the books and confirmed certain storylines in Season 8.

The upcoming seasons six and seven could drop clues about the nature of the stones and how the dead could pass through them.

But, viewers will have to tune in to find out if their fan theories are correct.