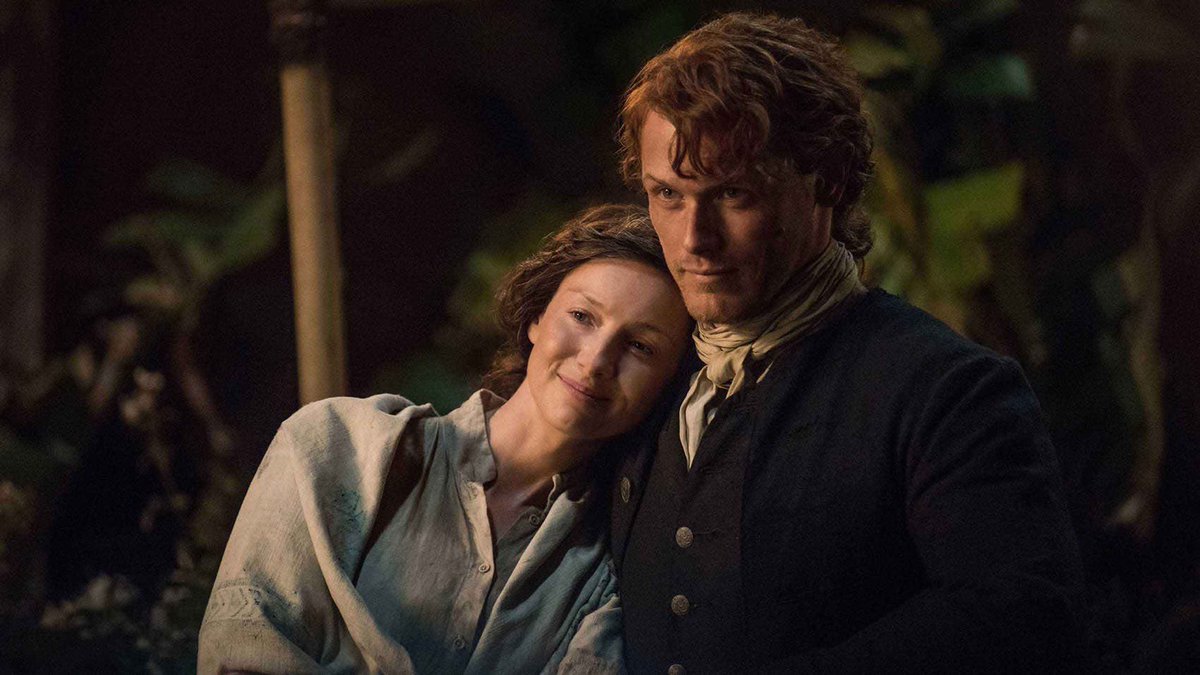 While fans eagerly wait for the release of ‘Outlander’ Season 6, Starz offered them something to binge-watch and to ease their longing for the show. Fortunately, Graham McTavish Sam Heughan’s ‘Men in Kilts’ teases some secrets about the time-travel series.

‘Outlander’ Season 1 Featured Professional Gaelic Singer
Outlander featured a professional Gaelic singer Gillebride MacMillan as Gwyllyn the Bard in the first season of the series. The traditional Scottish crooner told Sam Heughan on ‘Men in Kilts’, “Gaelic’s my first language, I had no English until I went to school.” He went on to reveal that the Gaelic language remains strong today, “There are about 70,000 Gaelic speakers here in Scotland.”

Graham McTavish Used Dummy Boards In ‘Outlander’
Speaking the Gaelic language is definitely difficult, especially if you are not a native speaker — and Graham McTavish is not an exception. The actor had to learn some Gaelic lines for his role in the show. He divulged, “We obviously spoke Gaelic in Outlander – we learned it phonetically but it was somewhat of a fraud on our part which I’m ashamed of.” While he was explaining, Heughan interjected and told that McTavish was using dummy boards.

McTavish then responded, “I had dummy boards in one scene because I had a six-page speech!” Heughan never backed off and jokingly said, “But I also remember they wrote the dummy boards, but you didn’t have your glasses on because Dougal doesn’t wear glasses, so they had to write them in very large letters so you could read them!”

Graham McTavish Disliked Singing In ‘Outlander’
Aside from speaking Gaelic in Outlander, McTavish also had to sing in the show but he didn’t like the experience at all — and neither do his co-stars. He said, “I’ve had a terrible history with musicals, and I did sing in Outlander – it had a mixed reception.” Heughan teased him to sing a little, and the duo did a little rendition of ‘The Maid Gaed to the Mill,’ – a song that Dougal led clan MacKenzie in singing in episode 5 of Season 1.

‘Outlander’ Season 1 Featured Sport Connected To History And The Sword Dance
As McTavish and Heughan tried some Scottish sport, they remembered filming a scene in the first season of the show in which their characters played against each other. The Jamie Fraser actor reminisced, “Myself and you played a little bit of shinty featured in a show called Outlander. Shinty’s a bit like a cross between hockey and lacrosse. I believe I won.”

Conversely, McTavish reminded Heughan, “Yes, you beat me because it was in the script, Sam! I remember when we were doing it, the director told us it was historically used for practicing swordplay.”

In Season 5 Episode 4 of the TV series, Heughan’s character Jamie danced a Scottish jig in Brownsville. It turns out that dancing over swords was a tradition performed by Scottish soldiers before battle. Dancing expert Cerys Jones explained in Men in Kilts that if you kick the swords by accident while dancing, you are going to die.

Moreover, Heughan shared, “I did have to do a dance in Outlander – it was a sort of variation of a Highland fling (a type of dance) with swords. It was quite hard because we had these big boots on!”

The Magic In ‘Outlander’ Is Not Made Up
McTavish revealed in the docuseries that Scotland is a place of many superstitions. His partner Heughan also said that even little things like the way you stir your porridge could be basically mean something — it was used to “ward off the devil.” He continued to explain that in Scotland, the “barrier between the world of the living and the world of the dead is especially thin,” – which is very much connected to the time-traveling series.

Heughan said that given the backdrop, it is no wonder how Diana Gabaldon, the author of the popular book series, depicted Scotland in her story. McTavish then continued, “There’s no place on earth with more of the old superstitions and magic mixed into its daily life.”

The Pagan Ceremony In ‘Outlander’ Could Have Been Real
Not only Scotland is full of superstitions, but pagan traditions also exist there – and so it is no wonder they played a big part in Outlander. It can be remembered that at the start of the series, Caitriona Balfe’s character Claire Fraser came across a pagan ceremony for Samhain, the traditional start of winter which later on became known as Halloween.

That iconic scene also appeared in Outlander’s opening theme. In the documentary show, Heughan and McTavish attended a similar bonfire for Beltane, which is celebrated around May 1, the traditional start of summer. The Dougal MacKenzie actor said he’s not sure whether the Scottish people really believe in the pagan festival or “they just like a good old party where they sort of throw fire around,” to which Heughan says, “it’s a bit of both.”

Sam Heughan Is A Raging Boozehound Just Like Jamie Fraser
As the duo went to a traditional whiskey distillery, McTavish put Heughan into the hot seat when he asked him about his drinking habits, saying: “Would you say that you are somewhat prone to overindulgence?” The Scottish actor protested, but his comrade went on to explain, “I mean it’s daylight, the sun is out, it’s pretty early, you are basically a raging boozehound!” Apparently, Heughan did not object and just replied with twinkling eyes, “Thank you very much.” Very much like Jamie indeed!

Nothing more traditional than a wee dram of whisky. Watch a new episode of #MenInKilts right now on @STARZ or on the App. https://t.co/4TfGYIFrXC pic.twitter.com/8tScGtjkQs

Men in Kilts not only teases some secrets about Outlander, but it showcases the rich history of Scotland as Heughan and McTavish explore the beautiful country by land, air, and sea. The docuseries, which has recently been shown in its entirety in America, will premiere on Amazon Prime Video’s premium service StarzPlay on May 9.