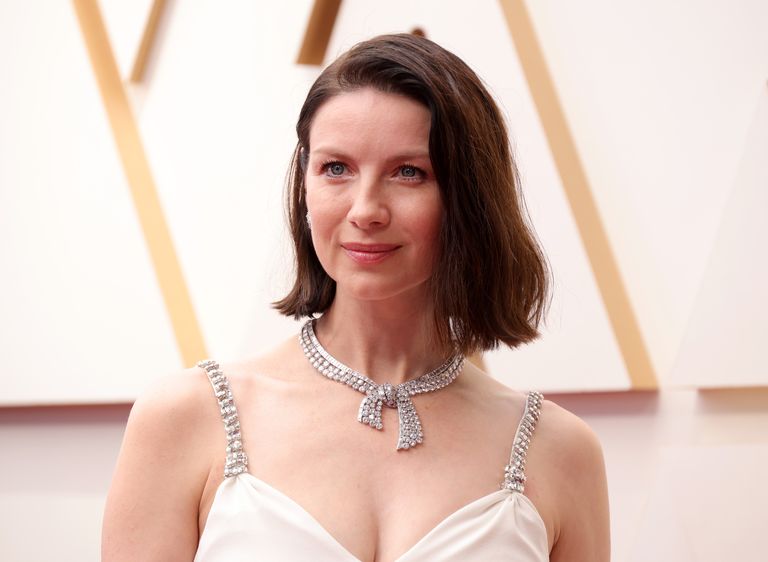 ‘Outlander’ takes the Oscars! ‘Belfast’ star Caitriona Balfe looked stunning in an ivory gown with a ruffled train at her second-ever Oscars.

Caitriona Balfe made her entrance on the Oscars red carpet in one of her most memorable looks to date. The Outlander star showed off her amazing Oscars look on the red carpet ahead of the ceremony. Caitriona looked regal in an ivory dress and gorgeous jewels. 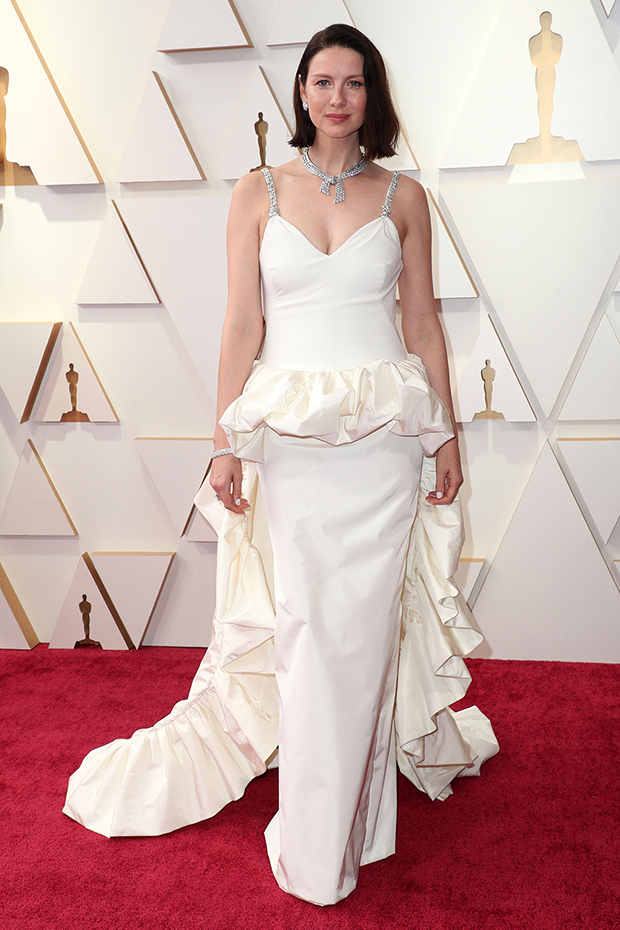 The Outlander star wore a Van Cleef & Arpels heritage necklace from 1957. The necklace featured diamonds set in 18K white gold and platinum. She also wore À Cheval earrings and bracelet, along with a gorgeous Snowflake ring.

Caitriona is part of the Belfast cast. She played Ma, Buddy’s mother, alongside Jamie Dornan, Ciarán Hinds, Judi Dench, Jude Hill, and more. The black and white film, directed by Kenneth Branagh, has been nominated for 7 Oscars, including Best Picture. 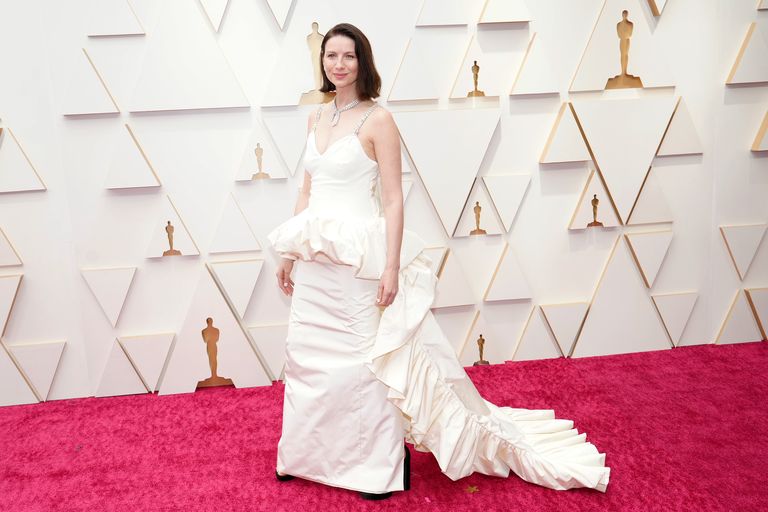 The Irish actress has been an awards season darling for Belfast, which is inspired by Kenneth’s life. She was a BAFTA, Golden Globe, and SAG Award nominee. Caitriona is no stranger to awards season, but this is the first time she’s been nominated for a film performance.

Throughout awards season, Caitriona has dominated the red carpet. At the SAG Awards, Caitriona wowed in a plunging red dress. At the BAFTAs, the actress looked regal in a velvet black dress with a keyhole neckline. She stunned in a strapless nude dress at the Critics Choice Awards.

Caitriona is also in the midst of Outlander’s sixth season. She’s back as Claire Fraser alongside Sam Heughan, Sophie Skelton, and Richard Rankin. The hit STARZ series has already been renewed for a seventh season. 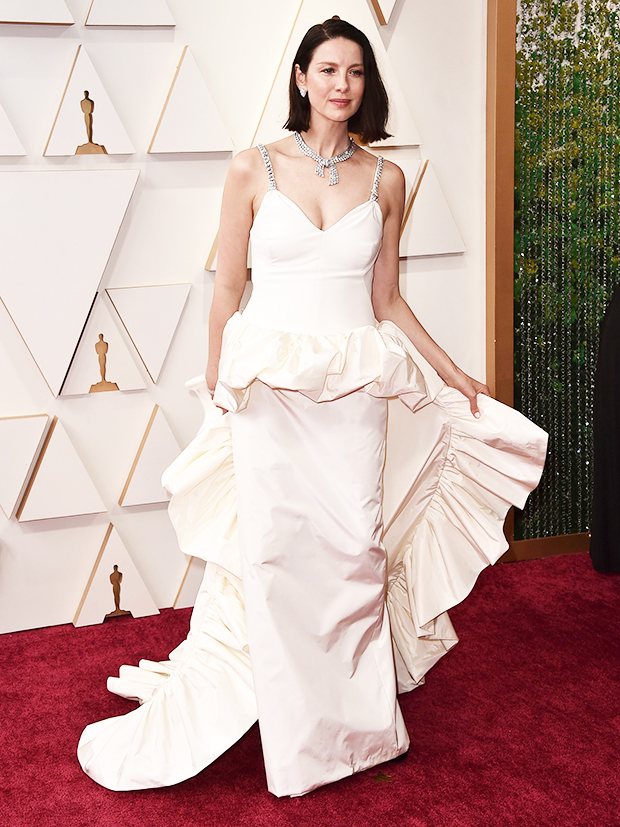 Claire is still reeling from the attack she suffered by Lionel Brown’s men at the end of season 5. “She’s still dealing with all the effects of the trauma,” executive producer Maril Davis told HollywoodLife EXCLUSIVELY. “I think we’re going to find that Claire is someone who compartmentalized, or has in the past, and maybe isn’t able to do that as well this season and is going to have a bit of a rough time and is going to try to figure out outlets for what she’s wrestling with, and all of these issues that she’s still dealing with.”