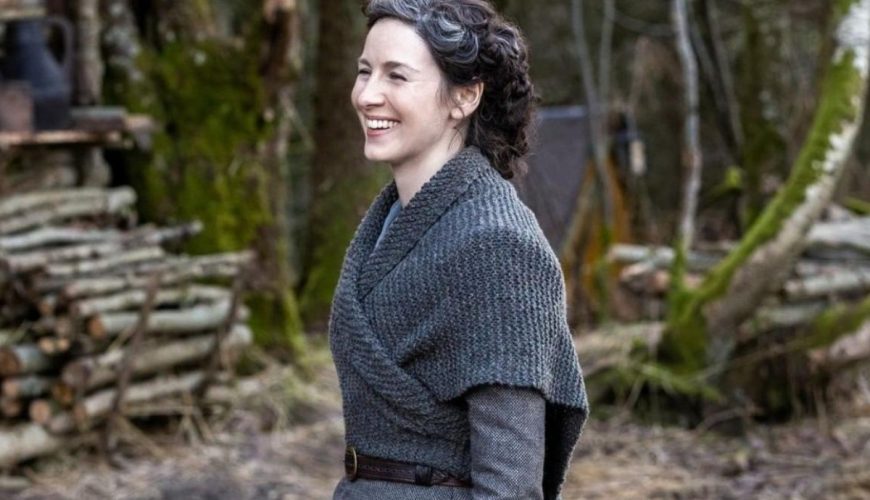 After making fans wait almost two years, Outlander made its highly anticipated return to Starz in March with the release of season six. While the action-packed instalment only contained eight episodes, star Caitriona Balfe teased a dramatic conclusion to a major storyline in the upcoming season.

While the two weren’t going through any relationship issues, they had been forcibly torn from each other’s side by Richard Brown (Chris Larkin).

Claire was thrown into prison after locals believed she was responsible for the death of her apprentice Malva Christie (Jessica Reynolds).

Although she had vehemently proclaimed her innocence, there was incriminating evidence, however, according to the actress, fans could be in for more dramatic scenes.

In an interview with Entertainment Weekly, Caitriona was quizzed about the upcoming season seven and revealed: “There’s a lot going on next season.”

She added: “What we can say is there will definitely be conclusion to some of this, some of these threads will have been tied up early on.

“And we will then have a lot of new characters join that are going to be very meaningful to the series.”

With the mystery surrounding Malva’s death supposedly concluding “early on,” there is a chance Claire would be able to prove her innocence.

However, there is also the possibility Jamie could help her escape Wilmington Prison, as he was racing to be by her side.

With the help of Young Ian (John Bell) and the Cherokee, he was rescued and was on his way to get his wife back.

This was also of great importance to Jamie as he knew Claire wouldn’t face a fair trial at Wilmington and could be sentenced.

Especially after Richard said he would do all he could to ensure she took the punishment for Malva’s death.

Claire came across Malva’s dead body during the episode titled ‘The World Turned Upside Down.’

Her body was discovered in Claire’s vegetable patch and she mysteriously had her throat slit.

As Claire was a nurse, her instincts kicked in as she used a scalpel to try and save Malva’s, unborn baby which sadly proved to be unsuccessful.

Things then took a turn for the worse as Claire was found alongside the dead body, a scalpel in one hand and a dead foetus in the other.

This unsurprisingly led to her being accused of murder and while the two worked closely together in Claire’s doctor’s office, it was believed she had a motive.

Before her death, Malva had accused Jamie of infidelity and claimed he was the father of her unborn baby.

Although Claire was initially devastated at the thought of her husband lying to her, she was relieved when he promised he had never cheated.

Thankfully for fans, they will soon find out the conclusion of Malva’s storyline when the show returns with season seven which fans predict will premiere later this year.