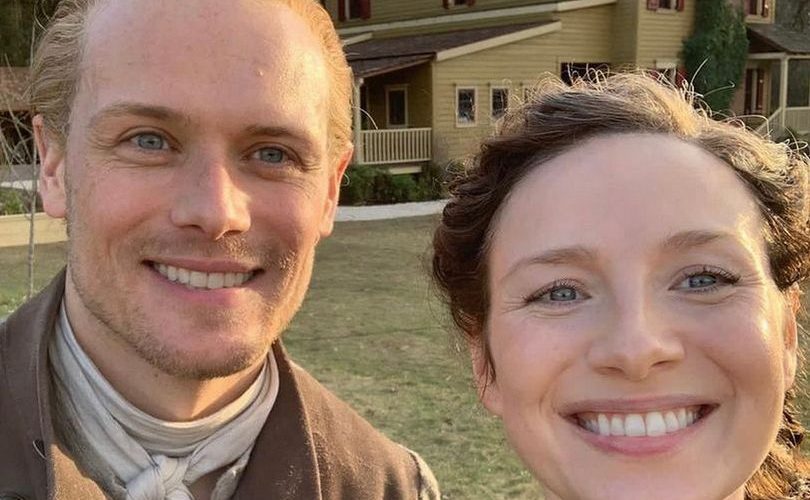 Outlander viewers will be treated to twice the number of episodes for its seventh season, but future instalments may have to cut back on the length to give the cast a proper break.

A seventh season of Diana Gabaldon’s romantic drama is currently in the works at Starz, and will consist of a staggering 16 episodes after this year’s shortened outing. Leading actress Caitriona Balfe has now revealed subsequent seasons of Outlander may have to return to a more reasonable length now she has started to land more projects outside of the series.

After playing a key role in Kenneth Branagh’s Oscar-winning film Belfast, the Irish actress may start considering taking on more projects outside of the hit Starz series.

“It was an amazing experience,” she recalled. “Things like that don’t come along very often.

“You just have to be so grateful. And then I get to come back to Scotland and work with all my friends, and see everybody. So it’s been really lovely.”

However, despite her extraordinary adventures in Scotland over the last several years, Caitriona has started to feel the strain of Outlander’s demanding filming schedule.

She admitted to GoldDerby: “I think the only thing is, when you talk about the length of seasons, that’s the only difficult thing.

“I think if we could shorten them, we’d all be happier. But it just takes so long to film.”

Filming for season seven began in May this year, but it is still expected to take several more weeks until the main cast have wrapped.

Previous outings have taken roughly four months to film, though season six was shortened to comply with the COVID-19 restrictions in place last year.

Having doubled the length of the next instalment to make up for this year’s truncated dose of the Frasers, the Starz team may decide to dial back the length of any remaining seasons.

Thankfully, the cast and crew wasted no time in returning to Scotland after Outlander concluded with its most riveting cliffhanger yet.

After being falsely accused of murder, Claire finds herself imprisoned hundreds of miles away from Fraser’s Ridge by Richard Brown (Chris Larkin).

Meanwhile, her husband Jamie (Sam Heughan) was left at the mercy of Richard’s men, until he was saved by a last-minute ambush from Young Ian (John Bell) and Chief Bird (Graham Gould).

With the Frasers separated for the first time in years and the Ridge increasingly under threat from the Revolutionary War, season seven is building up to be Outlander’s most spectacular chapter yet.

However, there are also concerns the series could wrap up before all ten of Diana’s original novels are brought to screen.

The author recently told the Times: “We keep our fingers crossed. It’s rare for a hit series to go that long.

“If we don’t get a season eight, then the seven we have are really good, and we can contrive a reasonable ending if that should be the case.”

There has been no official word from Starz yet, so hopefully, this is a good sign Claire and Jamie will be remaining on-air for a good few more years.

Diana is currently working on what is expected to be the final book of the series, so die-hard Outlander fans still have much to look forward to before the Fraser saga reaches its conclusion.

Outlander seasons 1-6 are available on Starz in the USA and StarzPlay in the UK.