A Scottish deerhound named after Caitriona Balfe’s Outlander character has won the US version of Crufts for the second time.

It’s the first time in 20 years one of the dogs has won ‘Best in Show’ two years running at the National Dog Show and the Outlander star couldn’t be happier for her character’s namesake.

The long-legged grey dog, who was the first in her breed to win the competition when she won last year, has the registered name GCH Foxcliffe Claire Randall Fraser and was pictured with her handler Angela Lloyd.

Claire the Deerhound, from Virginia, beat out hundreds of other pedigree dogs to take home the title at the event in Philadelphia.

Just over 180 dog breeds were taking part, with the Scottish deerhound delighting judges and winning Best in Group for the Hound Group before scooping the overall title for the second time. 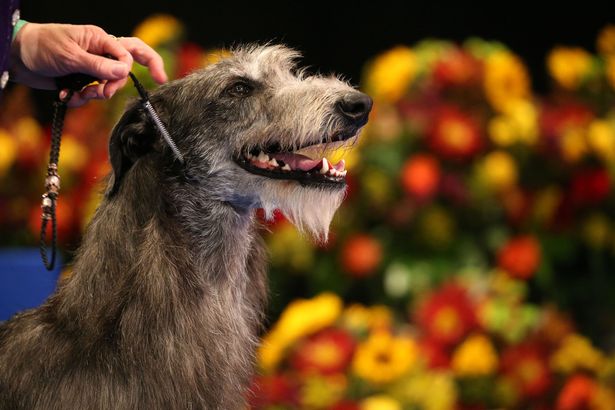 Judge Jeffrey Pepper said: “She is beautifully balanced and fits the requirements of the Scottish deerhound breed standard in terms of both type and construction.”

Scottish Deerhound Claire has been declared Best in Show at the @Purina National Dog Show for the second straight year! 🐕 pic.twitter.com/jDiTaERZtw

One of the tallest breeds of dogs, Scottish deerhounds were originally bred to hunt red deer.

And it seems the prize-winning pooch enjoys watching her namesake on TV, when asked what she likes to do at home, owner Angela confirmed she’s a fan of the hit show: “Sometimes we watch Outlander when it’s on.”

Delighted Outlander fans were quick to congratulate the hound, with one fan tweeting: “I think the next step is to get Claire a guest spot on the next season of Outlander.”

We’re sure show bosses will agree.

My name is Damyan Ivanov and i was born in 1998 in Varna, Bulgaria. Graduated high school in 2016 and since then i'm working on wordpress news websites.
Caitriona Balfe, Dog, outlander