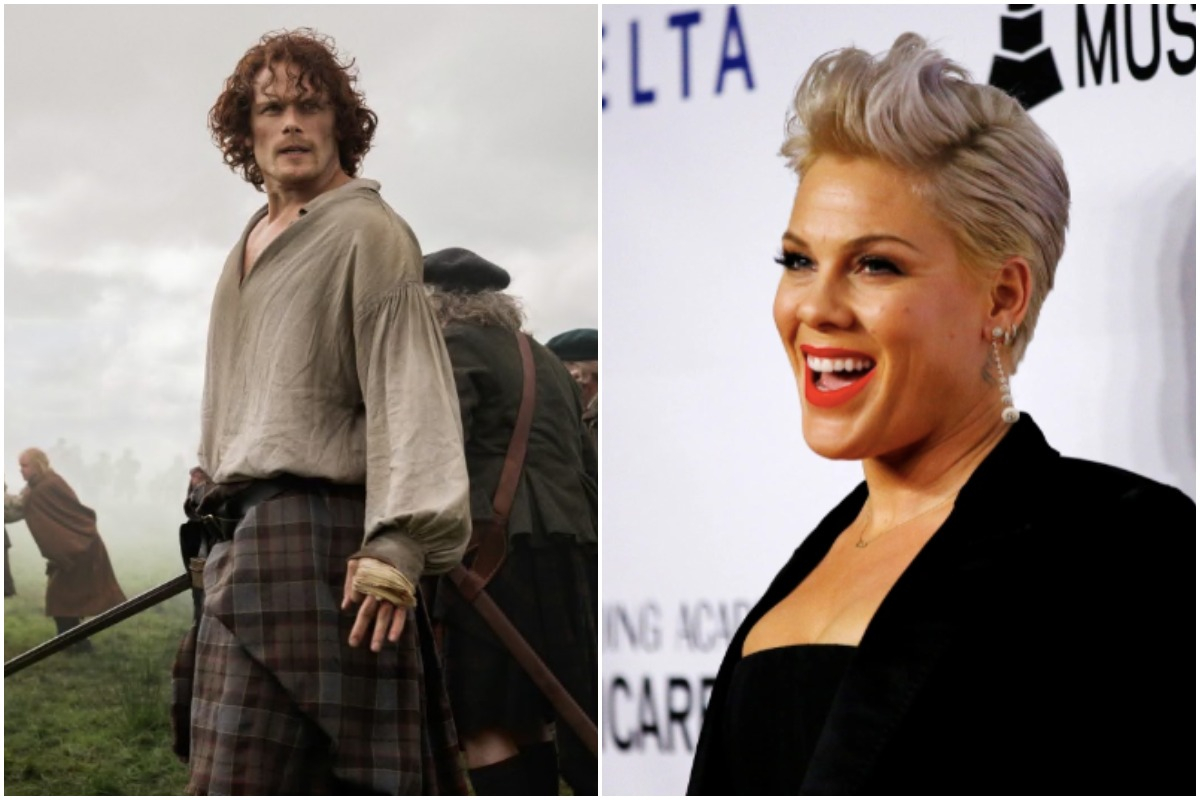 Sam Heughan has asked Pink to sing the title music for season six of Outlander.

The Scots actor, 41, made the request after the American singer-songwriter admitted she’s “obsessed” with the hit period drama series.

Heughan, who started working on the series again earlier this year as filming for the sixth season got underway, reached out to Pink, 41, on social media.

During an interview with Forth 1 yesterday, the So What singer said “I’m obsessed with Outlander” as said she wanted to listen to the hosts talk about the popular series.

Outlander shared the interview on it’s Twitter page and wrote: “I’ll just be here willing @Pink’s rendition of The Skye Boat Song into the world…”

The post attracted nearly 5,000 likes and hundreds of comments and shares from buzzing fans.

Another commented: “Nothing against the previous performances they all were great but we really need @Pink to do what she does with this song.”

We previously told how Outlander has been renewed for a seventh season.

Cast members drove fans wild with the good news during a Q and A on social media yesterday – as Sam said he was “delighted”.