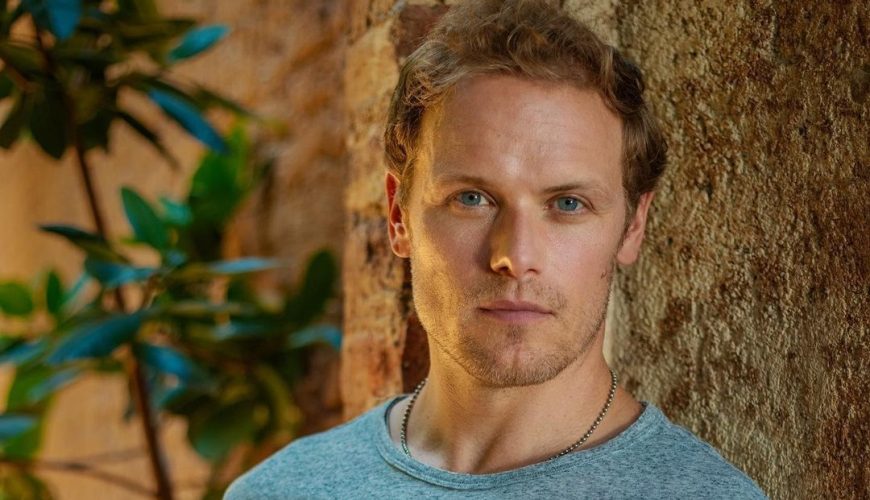 Sam Heughan gained worldwide acclaim for his portrayal of the Scottish Highlander Jamie Fraser, on the network’s hit series, Outlander. As a Scotland native himself, the actor shared a memory from his childhood

Heughan has starred in Outlander since 2014 after he made his first appearance as Jamie Fraser in the pilot episode. His character became a huge hit with fans for his charm, sense of humour and admiration of his wife Claire Fraser (Caitriona Balfe).

As a soldier who fought in battles for his country, Jamie never shied away from a fight or responsibility that he perceives to be his, which was the same for his family.

With season seven currently in production, fans can expect to see him back in the midst of battle after he escaped Richard Brown (Chris Larkin) to rescue his wrongly prisoned wife.

On Tuesday, the actor was a guest on The Kelly Clarkson Show where he opened up about filming Outlander.

Heughan, who usually kept his personal life private, also gave fans a rare insight into his childhood and hilariously revealed what it was like growing up in Scotland. When asked about summer vacations in his home country, the actor responded: “I love Scotland and as a child, we used to go on summer vacations to the beach.

“But it’s not like you guys here in California, it’s raining and it’s miserable.” Heughan explained: “Your mum makes you get in the water, you’re freezing cold, the first thing you want to do is get out and get in the car.”

In disbelief, Clarkson asked: “Why did she make you get it.”

To which he agreed: “I know, it’s supposed to be fun right.

“So, it’s nice to come to the US and actually have a proper beach vacation.”

Heughan later revealed he had tried surfing as a challenge during a road trip series, Men in Kilts, which he presented alongside his Outlander co-star Graham McTavish. Thankfully for fans, they will soon be able to see him reprise his role as Jamie for the upcoming season of the time-travelling drama.

The last time viewers saw Jamie he had escaped and Richard was racing against time to save Claire from persecution. With hopes, the real person behind Malva’s Christie’s (Jessica Reynold) will identify themselves before an assassination, fans believe Jamie will help her escape.

Speaking on season seven, showrunner Matthew B. Roberts shared: “Scotland will again be our production home as the Frasers and MacKenzies try to make a home against the backdrop of the Revolutionary War.

“Season 7 promises more adventure, time travel, and emotional peril than any season before.”

Outlander is the onscreen adaptation of Diana Gabaldon’s best selling novels and season seven will be inspired by the events of her book ‘An Echo in the Bone.’

My name is Damyan Ivanov and i was born in 1998 in Varna, Bulgaria. Graduated high school in 2016 and since then i'm working on wordpress news websites.
Men in Kilts, News, outlander, Sam Heughan, TV Series