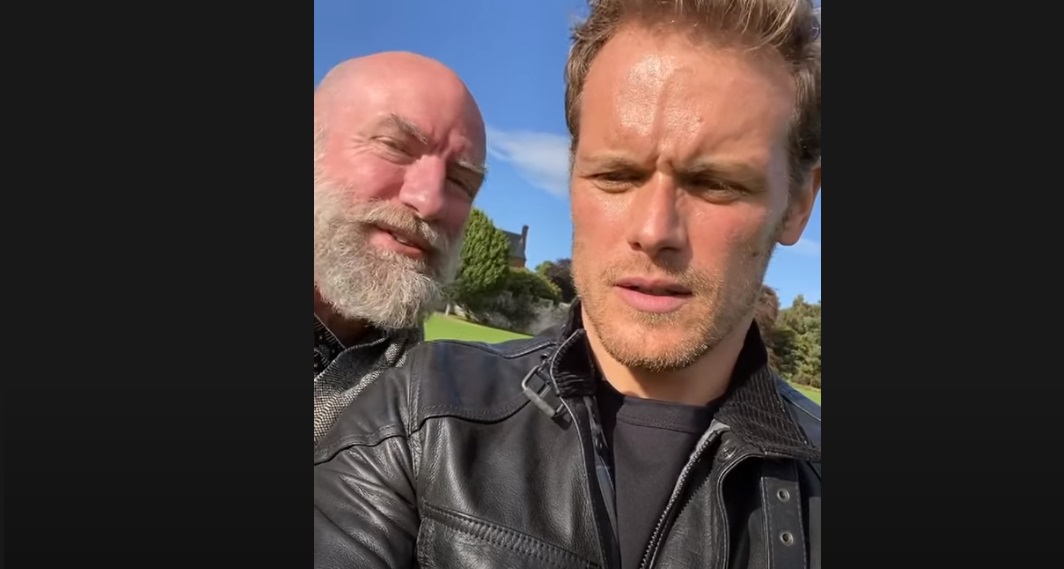 The Outlander star was mocked by his Men In Kilts costar Graeme McTavish after he got emotional about returning to the home of the Fraser clan.

Sam Heughan returned to his ancestral home of Beaufort castle in a funny video for Men In Kilts.

The Outlander star was mocked by his Men In Kilts costar Graeme McTavish after he got emotional about returning to the home of the Fraser clan.

Beaufort Castle is situated on the right bank of the River Beauly near the town of Beauly in Inverness-shire and is 1 mile (1.6 km) north of Kiltarlity and 13 mi (21 km) west of Inverness.

In the fun clip Sam makes a very noble speech about being back where he belongs.

“I have come home to my ancestral home. I feel like…”

Sam’s Men in Kilts co-star Graham McTavish decides to tell him a few home truths and effectively ruins his moment.

Graham tells him straight to the point: “Yours is a fictional character. You’re not actually Clan Fraser, Just letting you know.”

Sam looked puzzled after the news and fans weren’t so happy with Graham’s response.

Another commented: “B*****. I thought Outlander and the Frasers were real.”

Someone else laughed: “He could have been a big more sensitive in letting you know.”

And another insisted: “Yes you are Mr Heughan yes you are home and Dinna worry about what Mr. McTavish said.”