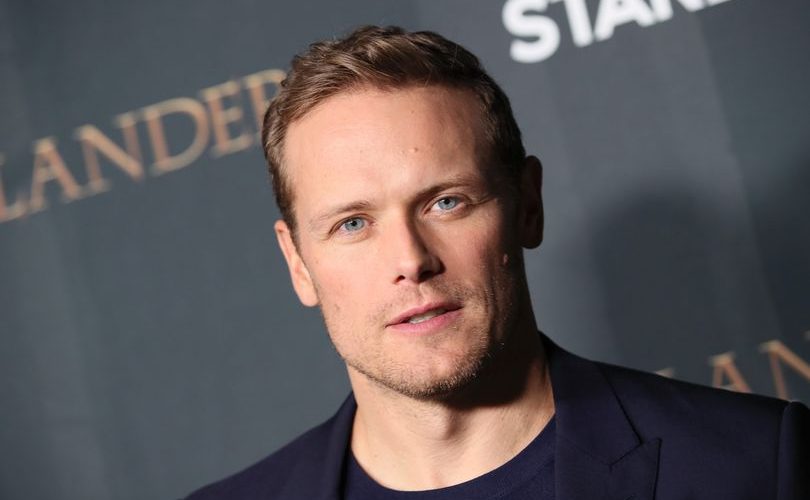 Sam Heughan recently admitted that Tom Hanks’ wife Rita Wilson once slid into his DMs to share her love for Outlander.

The historical fantasy series, based on Diana Gabaldon’s books, has become a firm favourite of viewers both sides of the Atlantic.

And, the show has even attracted the attention of some celebrities too.

Lin Manuel Miranda, William Shatner, Brooke Shields, Drew Barrymore, Jenna Dewan and Susan Sarandon are just some of the celebs who can’t get enough of the show.

During a recent interview with Variety, when asked if any celebrities had slid into his DMs, Sam responded: “Rita Wilson, I think, was pretty good!

“I think [Outlander] has been very much a word-of-mouth thing, people do talk about it. It’s great, how popular it is—especially in America, it seems to be possibly more popular than other places.”

Much to the delight of Outlander fans, season seven has already started shooting in Scotland.

Film crews were spotted in Burntisland, Fife as some lucky fans managed to get sneak peeks of Sam in his iconic red wig on the Tall Ships.

Outlander is currently airing its sixth season every Sunday.

My name is Damyan Ivanov and i was born in 1998 in Varna, Bulgaria. Graduated high school in 2016 and since then i'm working on wordpress news websites.
outlander, Outlander 6, outlander season 6, Sam Heughan