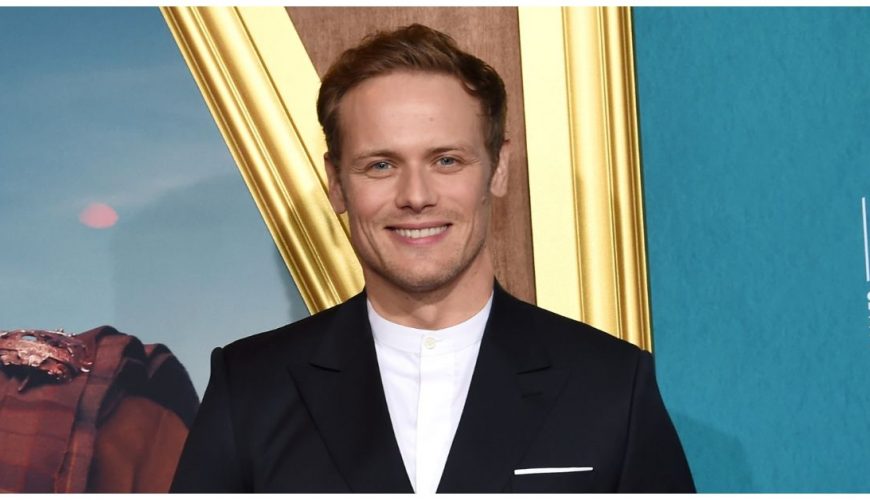 Outlander season is almost upon us and fans are eagerly counting down the minutes until series 6 arrives.

Luckily, audiences have been kept up-to-date with filming schedules and production progress throughout from cast and crew, including Sam Heughan – who shocked his fans recently when he revealed a surprising “acting challenge” he had when wrapping up filming for the show.

Taking to Twitter, the actor shared with his followers that he had recently finished recording some interesting voice over work in the drama – and fans had plenty to say about the matter.

The actor, best known for playing Jamie Fraser on the show, tweeted: “ADR [automated dialogue replacement] FINISHED! Season 6! @Outlander_STARZ. Some new ‘acting challenges’ this season,” along with a laughing-faced emoji and a screenshot showing Sam’s notes on recording for an intimate scene.

A member of the Outlander production team couldn’t help but joke in a reply tweet: “Don’t worry, we’re slathering bagpipes over all that scene anyway!”

Sam shared the new “challenge” with his followers on Twitter

Meanwhile, fans were also seeing the funny side to the tweet. One person said: “That’s some serious acting skills to sit alone in a room and voice over love making sounds with a straight face… I NEED the outtakes! It’s probably the funniest soundtrack known to man! Pleeeaaassseee Sam!!!” Another wrote: “You so knew what you were doing when you posted that. Ladies riled up everywhere!”

Season six of the historical drama will see the fallout of the events of the season five finale, in which Claire (played by Caitriona Balfe) was kidnapped by a group of men and assaulted, with Marsali later killing the ringleader out of vengeance.

Speaking about the new series, Caitriona said: “We’re at the beginning of a journey with Claire, and I think it will take a long time for her to put the pieces back together.” We can’t wait for its return!