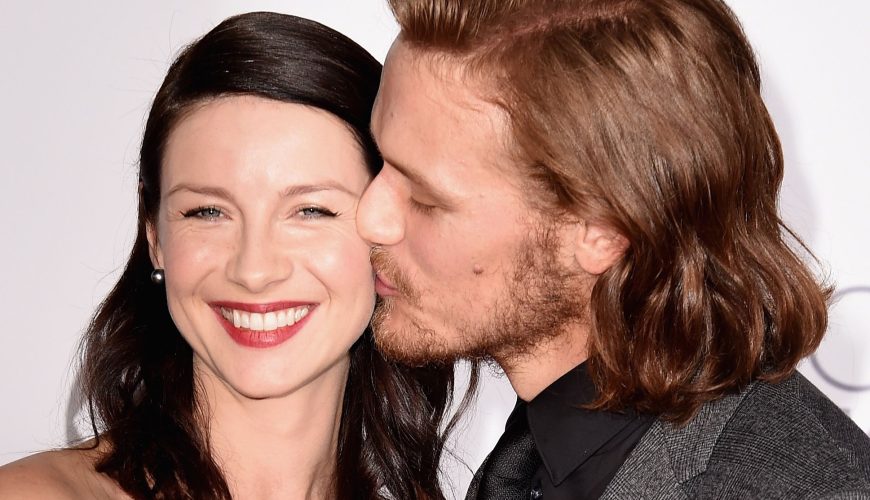 The pair’s friendship has blossomed since first becoming co-stars in 2014 and as they both share the same sense of humour, their witty banter on social media delights fans.

However, it looks like all has been forgiven as on Tuesday, Sam took to social media to wish Caitriona a happy birthday in a cheeky way that won’t surprise most fans.

He wrote: “Happy Birthday Balfe! Wishing you a fun (wet) day on set! (Perhaps the horses will give you another birthday gift…x)”

(Perhaps the horses will give you another birthday gift… 🐴 💩)x@caitrionambalfe pic.twitter.com/qIkWJljoPN

The star, who plays Claire Fraser is yet to reply to the 42-year-old, however, many fans were quick to send their wishes.

One wrote: #happyBirthdayCaitrionaBalfe much love for You… a Strog Hug from Chile everyone wants to give you a gift, including the horses …. I hope you get a bottle of @sassenachspirit from a certain gentleman too Thanks Sam for sharing, I love you too.”

Another wrote: “Happy birthday @caitrionambalfe! Hope you may have a funny day on set and a toast with Sassenach whisky, or tequila or gin…(hopefully @SamHeughan has brought lots of goodies today!)”

The duo have been hard at work in Scotland filming the highly anticipated seventh season of the popular historical drama, Outlander.

Jamie Fraser star Sam confirmed season seven – which will consist of 16 episodes – was halfway through filming earlier this month, so the series seems to be making good progress.

Viewers are hoping new episodes arrive in early to mid-2023, but there should be more official announcements from Lionsgate+ once filming is closer to completion.

My name is Damyan Ivanov and i was born in 1998 in Varna, Bulgaria. Graduated high school in 2016 and since then i'm working on wordpress news websites.
Caitriona Balfe, News, outlander, Sam Heughan, TV Series