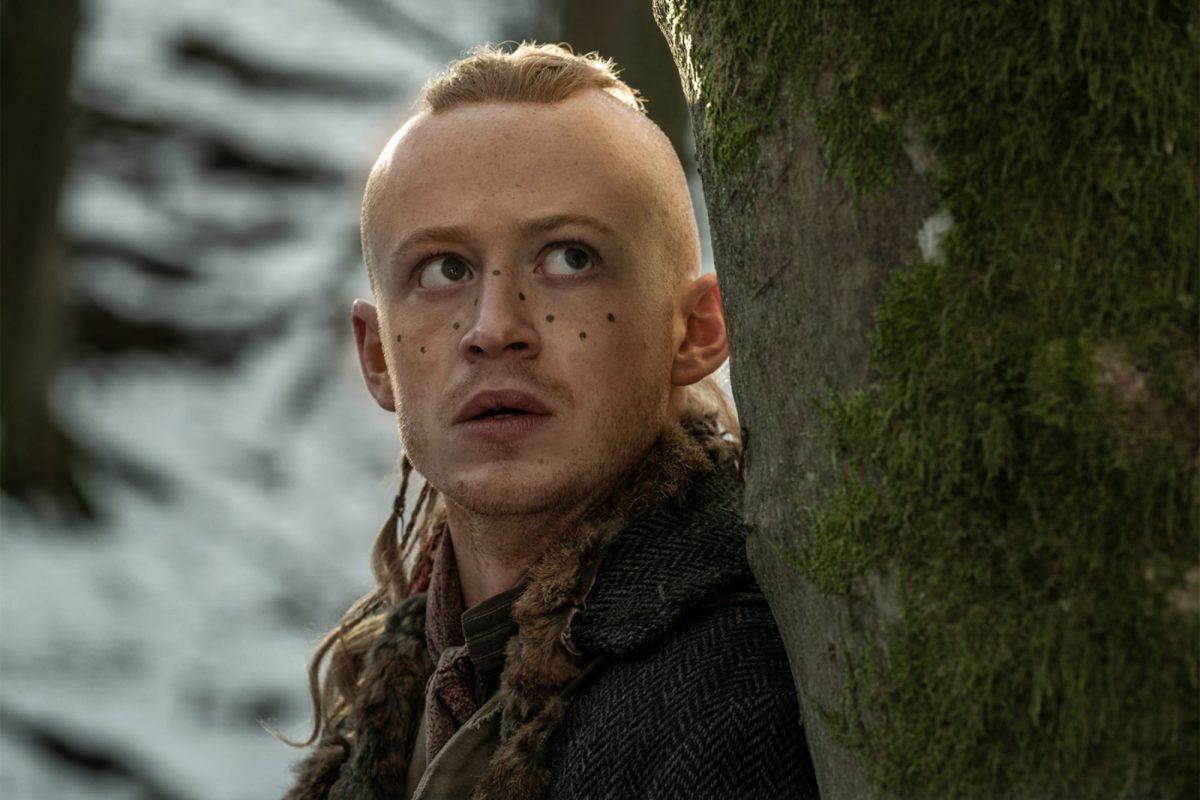 Outlander fan-favourite John Bell has shed light on how he felt as an actor behind the scenes of one of Young Ian’s most gut-wrenching moments.

Young Ian (played by John Bell) wasn’t the only one to be put through the emotional wringer during season six of Outlander on Starz. However, there was one moment, in particular, which plucked on the heartstrings when Young Ian found himself bringing his faith into question, feeling God was “punishing him” and it was left to Jamie Fraser (Sam Heughan) to talk him down.

Of course, in typical Jamie fashion, he manages to calm Young Ian down and reaffirm his faith in God before they end up praying with one another.

“It’s a very touching scene,” Bell said as he began watching the moment as part of Starz’s Notes on a Scene series. “Very poignant.”

And while the emotionally-charged scene left Young Ian an emotional wreck, it had a similar effect on the actor himself when the cameras stopped rolling.

Bell admitted: “I do remember the tears were flowing that day – and the snot.”

The Outlander star then went on to commend his co-star Heughan for his participation in the moment.

“I do really remember in this scene how much Sam’s generosity in his acting came across,” Bell continued.

“I just felt really safe in his hands to really explore this and really go for the vulnerability here. Poor Ian.”

As the scene unravelled and Jamie consoled Young Ian, Bell commented: “Especially when you kind of read these scenes, the first time you see them on the page it’s like your heart almost breaks for Ian.

“I don’t know, even more so for me because I feel like he’s a part of me.

“Everybody needs a Jamie, he does always know what to say and he’s got a prayer for everything.

“Such a beautiful mirroring of Young Ian and Jamie’s stories throughout the series and how they help each other. It’s beautiful.”

Paying tribute to Heughan once more as the scene edged towards its conclusion, Bell said: “Oh, he’s good, isn’t he?

“Such a beautiful scene, so proud of that,” Bell signed off with a smile.

And it wasn’t just Bell who found themselves touched by the Jamie and Young Ian moment, with Outlander fan @catherinehumphries5491 replying to the clip on YouTube: “I love how emotionally involved they are with their characters.

“John expresses often how he’s grown up with Ian and feels so attached to him. That he and Sam can share this beautiful moment makes it all the more special.”

And @annorth904 concurred: “It fills my heart with sadness too! You both did a wonderful job! Thank you so, much for sharing and bringing it back to me.”

Elsewhere, @karenranallo3836 weighed in: “Powerful scene between Ian and Jamie, their characters are very similar in the books and have been portrayed and acted as so by these 2 talented actors.

“It’s wonderful to see this story come to life through them (John & Sam).”

“It was such touching scene,” @muddywitch9016 added while @sarabatgirl95ua73 commented: “Just loved this scene. So well done.”

Outlander season 7 premieres on Lionsgate+ in Summer of 2023.