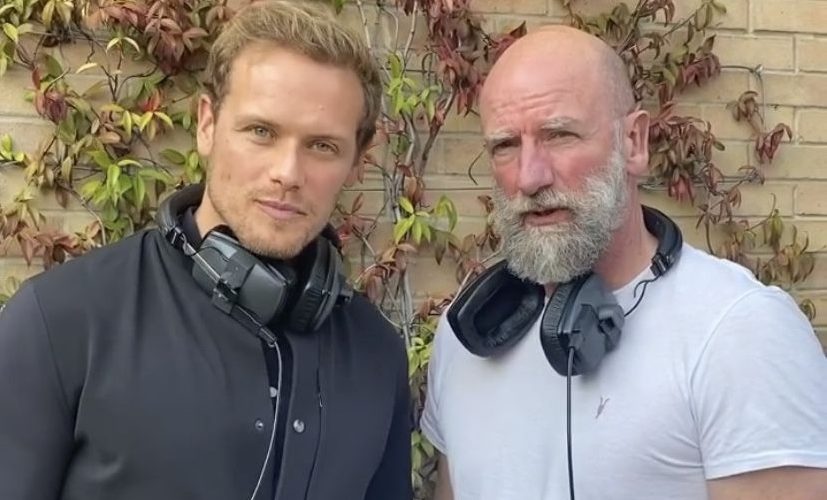 The Scottish actor tours his homeland alongside Graham, delving into its culture and history, and decided to pop into Tom’s ‘The Kitchin’ establishment for a bite to eat.

Celebrity chef Tom posted some behind-the-scenes photos to his social media, captioning it: 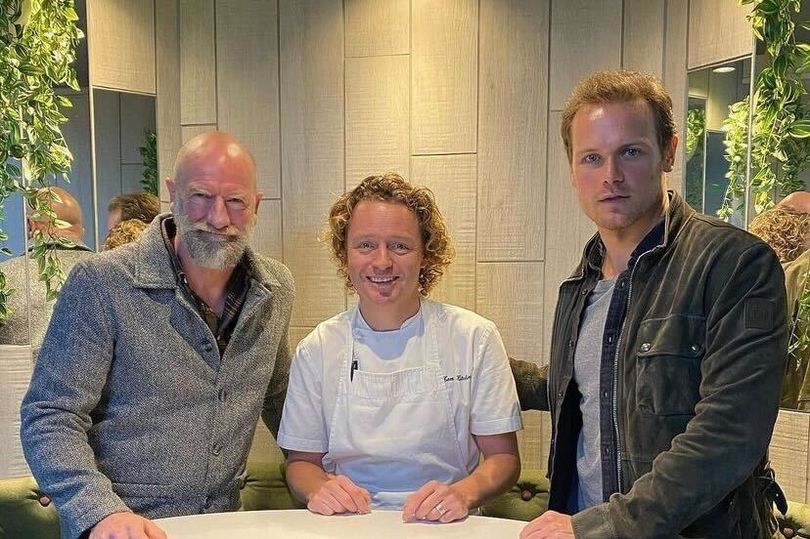 “I thought I must share some behind the scenes shots from when we had these great guys @samheughan & @grahammctavish here at The Kitchin filming “Men in Kilts” @meninkiltsstarz #Starz.

“Great fun to film and OMG what a popular show… I love chatting to so many of our American guests who have seen the show and looked us up because of it.

“Just wonderful seeing tourists and visitors in Edinburgh again supporting the many amazing hospitality businesses in Scotland. We’ve missed you all..” 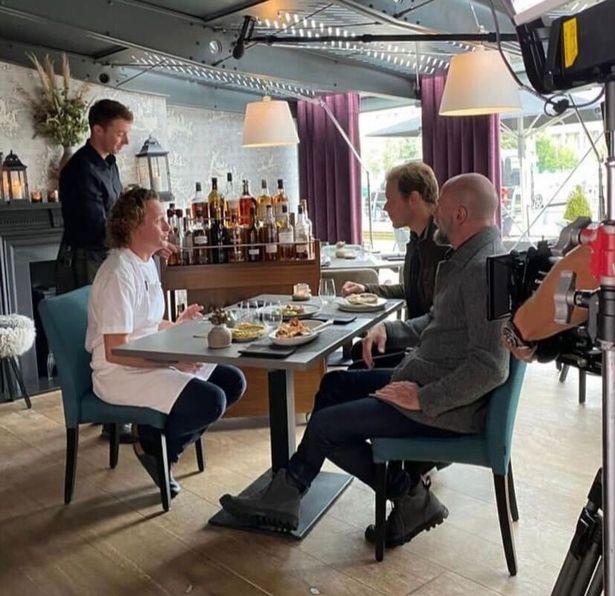 In the photos, Sam and Graham can be seen sitting at a restaurant table awaiting some tasty treats courtesy of Tom, who looks the part in his working apron.

In more snaps, Tom is serving the duo what looks to be an intricate cake, and they can be seen in deep discussion over the dishes presented to them.

Earlier this month, Edinburgh Live reported that Sam had taken to the streets of the capital as part of the Distinguished Gentlemen’s Ride, in order to raise money for men’s charities.

The ITV star has been raising money for men’s mental health charities and prostrate cancer research, and even got a ride on a police motorbike while he was at it!

He posted a video and photo of himself sitting atop the police motorbike, captioning it on Instagram: “Thanks to @policescotlandofficial for keeping us safe on the @gentlemansride , a great day out! (and for allowing me to be a total big kid)”

He pointed to the blue flashing lights as he sounded the siren, looking pretty pleased with himself as he donned a full brown tweed suit, and bow-tie.

My name is Damyan Ivanov and i was born in 1998 in Varna, Bulgaria. Graduated high school in 2016 and since then i'm working on wordpress news websites.
Graham McTavish, Men in Kilts, News, outlander, Sam Heughan, TV Series