Fans were delighted to see the new poster of the star alongside his Outlander co-host Graham McTavish.

Outlander’s Sam Heughan was delighted as he posed up next to a giant billboard for his show Men in Kilts at George Square in Glasgow.

The popular show – which was previously only available in America – has recently landed in the UK, and Sam and his co-star Graham McTavish celebrated with a huge poster of themselves with ‘blowaway’ kilts in the city.

Sam was delighted as he shared a picture of himself in Glasgow pointing up at the giant poster behind him.

He wrote: “Apparently there’s this new show on @starzplayuk@STARZ about two men… in Kilts! @MenInKiltsSTARZ Nice to see in George Square Glasgow. Where else have you seen them?”

And fans went wild for the giant posters, particularly for the moving kilts as they hoped for a peak underneath.

One wrote: “How does it feel? It must be great to see yourself there sooo big!! I love it!!”

Another added: “Well, right there Sam you look lovely and seem nice weather in eternal city of Glasgow which seem even more beautiful decorated with all these jumbo posters of #MenInKilts Loved every ep. of @MenInKiltsSTARZ. Congratulations Sam and @grahammctavish you’re the Best.”

One penned: “Such a great show!!!! It seems that finally we will all know what is under the kilt with the help of wind.”

While one wrote: “A billboard of Sam & Graham in a show about Scotland on a building in the centre of Glasgow with Sam pointing at it. If that isn’t 100% Scottish I don’t know what is!” 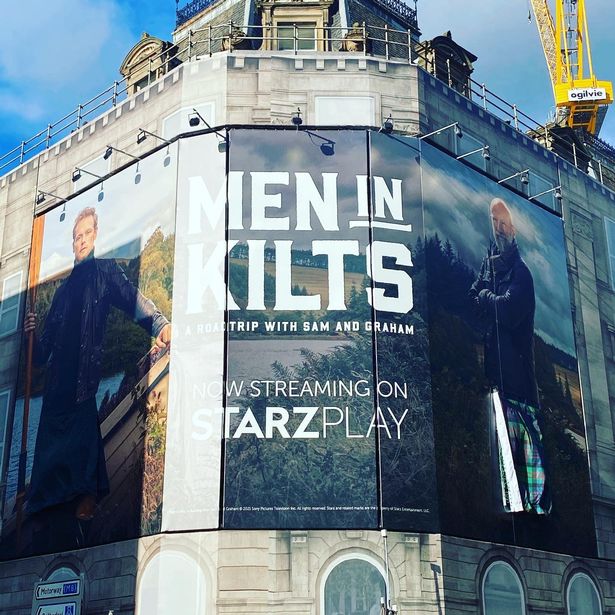 The hit show has already seen a book release and now fans in the UK will finally be able to follow the stunts and adventures the duo got up to. 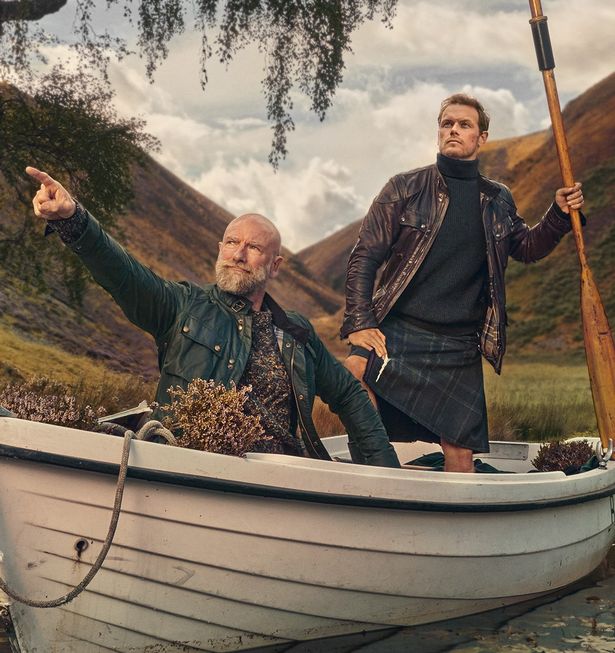 Men In Kilts is an eight-episode series, which was shot last year in between filming for Outlander and is described as a “love letter” to Scotland.

Sam and Graham speak with Scottish historians, musicians, food producers and crafts people, as they discover all the things that make fans of shows like Outlander fall in love with this incredible wee country.

The hilarious trailer shows the pair travelling in a motorhome, riding a tandem bike, dancing a Highland fling, tossing a caber, and even leading a pipe band through Edinburgh.

You can watch the show now on Starz.