The second season of Tom Hardy’s Taboo is on hold. But for good reason — at least for the superhero fandom.

Speaking to Esquire in a recent interview, Tom revealed his current commitments lie with the Venom franchise. As such, no time has been allotted to revive the BBC prime-time drama.

So, at least for now, he’ll be suiting up for Marvel’s anti-hero, instead of the mysterious James Keziah Delaney.

The Peaky Blinders star did however explain how “important” the second season of Taboo is to him and is apparently set to be “just as bananas as you’d hope”. Well, at least that sounds promising…

“The second season of Taboo is really, really important to me, and it’s taken a lot of thinking, because I really enjoyed the first one and I want to be really fulfilled by the second one,” Tom explained.

“We’re still playing with ideas: you could go linear, a continuation of time, or we could drop prior to London, or we could quantum-leap through time! I don’t know whether to go orthodox – there’s a series of that already written – but I don’t know if that’s the right way to go.”

He continued: “In my head I was thinking, ‘Let’s say they get to America, they get to Canada, fast-forward to 1968, the Tet Offensive, the Vietnam War, look at the CIA, the Viet Cong, the French in Saigon…. Take the Delaney family tree out in the jungle, and recreate the same family dynamics that were happening in London but with new people, thinking about how history and corruption repeats itself.” 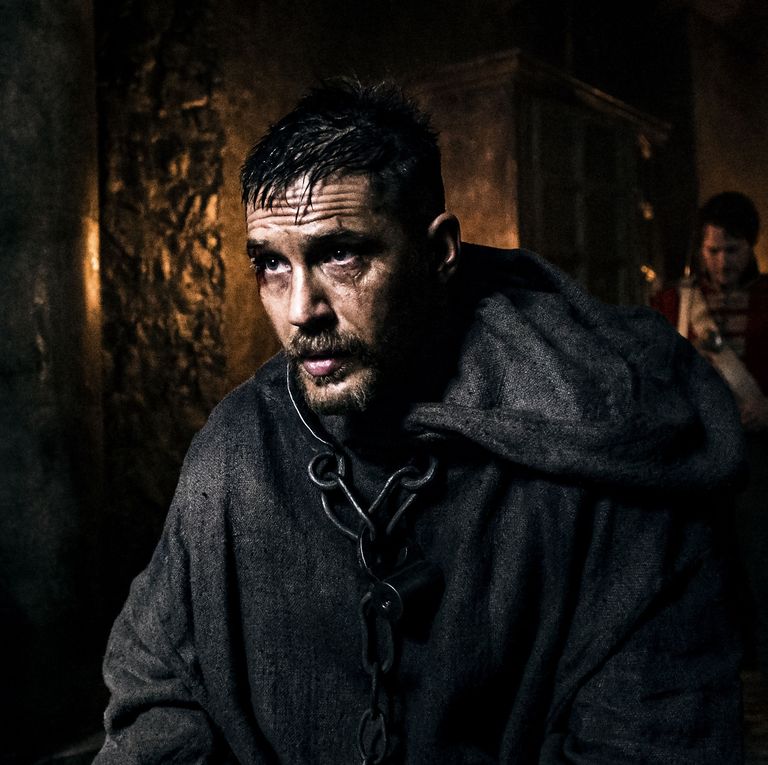 Tom added that his idea is “still Taboo” but with a Sixties twist. “There’s something fun about that. Or do we go back to the 1800s? The Napoleonic Wars? The American War of Independence?’ But nothing’s crossed my heart and mind and desk where I’ve gone ‘That’s it!’ so I’m hanging fire.”

The first season of Taboo is set in 1814 London and follows Delaney, a smuggler who, in the pilot, returns to the capital after 12 years in Africa.

Tom is no doubt one busy man though, as he’s currently in Cardiff filming Nathan Evans’ new martial arts movie Havoc for Netflix.