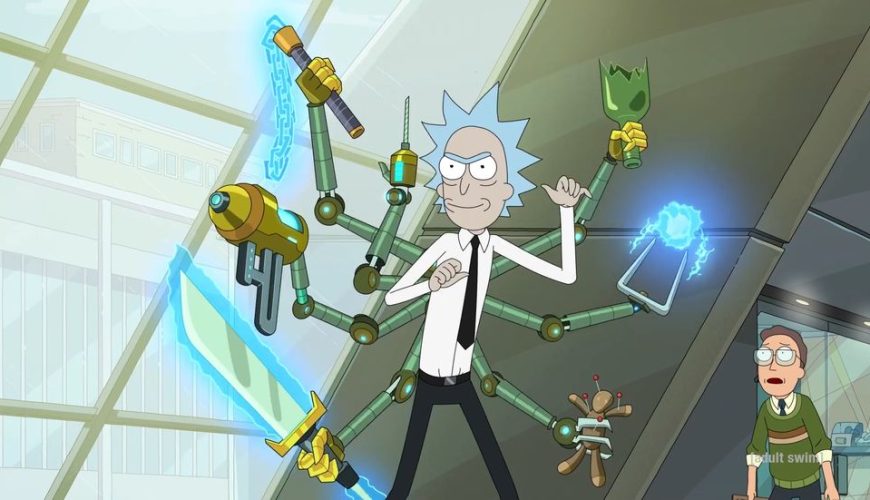 Above, witness Summer admit to never seeing Die Hard before growing her own Wolverine claws; Rick use Jerry as a human shield and fights off mechanical tentacles and titular heroes wrap up by refusing to sign off with ‘Wubba-lubba-dub-dub!’

Less than two weeks ago, the show’s co-creator Justin Roiland teased why season 6 improves upon season 5, which aired this time last year.

“It really rewards fans of the show that have been watching up to this point. So it’s like, I think we’re kind of finally back into the rhythm of Rick and Morty.

Alongside loads more from the flagship title, Rick and Morty fans can look forward to an anime-style spin-off in the not-too-distant future.

“The multiverse-straddling exploits of Rick and the gang pose challenges to the family bond, but they always rise to the occasion,” commented director Takashi Sano.

“It’s such a life-affirming sight, and Jerry is no exception. I am honoured to have been given an opportunity to tell a new story about this amazing family. I hope you enjoy their adventures!”