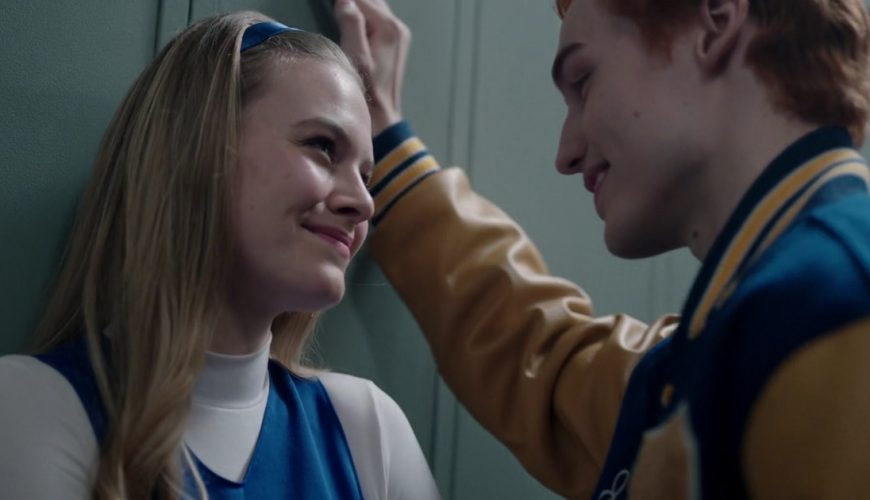 Riverdale’s Polly Cooper has been central to one of the big storylines in season five of the teen Netflix drama. But is the character really dead?

Polly (played by Tiera Skovbye) has made intermittent appearances over the first five seasons of Riverdale as the older sister of Betty Cooper (Lili Reinhart). Throughout the course of the Netflix series, she gave birth to her cousin, Jason Blossom’s (Trevor Stines) twins, joined a cult and survived being murdered on several occasions. However, season five seems to have brought the character’s journey to an end. Here is everything you need to know about Polly’s death.

Is Polly Cooper dead in Riverdale season five?
In the midst of the most current season, a time jump of seven years was featured and a lot had happened in the town of Riverdale.

Not only had Hiram Lodge (Mark Consuelos) wiped any trace of the town from existence but women were going missing on The Lonely Highway.

When Betty returned at the request of her former lover, Archie Andrews (KJ Apa), she found her family had changed, too.

Having moved back in with her mother, Alice Cooper (Madchen Amick), Polly was supposedly working at The Roving Eye nightclub.

Sceptical of this story, Betty did some research and discovered her sister hadn’t worked at the club for over a year.

After the confrontation, Polly stormed out and was seen walking The Lonely Highway but only for a truck to start pursuing her.

The last time viewers saw the mother of two alive, she was running as if her life depended on it as she realised she was in a dangerous situation.

It became clear to Betty and Alice their loved one had disappeared and with their investigative hats on, they got to work.

Polly did call the Cooper household from The Lonely Highway but by the time her sister got to the location, the payphone had been destroyed.

For weeks, anybody recovered from the vicinity was crossed matched with Polly’s rare blood type but the Cooper’s still hadn’t got any answers.

However, during episode 17 of season five, Dance of Death, Polly’s loved ones finally got the answers they had been looking for.

After discovering the villains of the season, The Mothmen were actually an inbred branch of the Blossom family, Betty confronted their leader Old Man Dreyfus (John Prowse).

With the help of Jughead Jones (Cole Sprouse) and Toni Topaz (Vanessa Morgan), Betty managed to capture Dreyfus and before he killed himself, he gave her Polly’s location.

In the closing moments of the episode, it was revealed Polly had in fact died and was being kept in the trunk of a car.

Betty and Alice were left heartbroken when they found her corpse and the subsequent episodes will explore their grief and need for justice.

It is unlikely this is a rosé to allow the character to return as her loved ones were the people who identified her body.

Why was Polly Cooper killed off?
Ahead of Polly’s last episode airing, executive Producer Roberto Aguirre-Sacasa teased her departure from the series.

Discussing the show’s time jump, the showrunner said: “I think it’s in the next episode [episode five] that you’ll see that mystery is really entwined with the possibly tragic fate of one of the major characters that we’ve known since Season one.”

This led many to wonder if one of the original four characters, Betty, Jughead, Archie or Veronica Lodge (Camila Mendes) was going to be killed off.

However, after putting Polly in so many life or death situations over the years, producers might have felt there was nowhere for the character to go.

Therefore, this is why Polly could have been made central to the season five mystery to give her an explosive ending.

The actress who played her, Tiera, is yet to speak out about her exit from the show after five seasons.

Her profiles on social media still stipulate she is the actress who played Polly on Riverdale, along with several other roles she is known for.

According to her filmography, she is currently serving as the main cast member in the Global American drama, Nurses.

She plays the character of Grace Knight, whose story forms the basis of the series, which has just aired its second season.

NBC decided to pick up the drama on its network due to the shortage of programmes it was broadcasting during the coronavirus pandemic.

Riverdale seasons one to five are available to stream on Netflix.