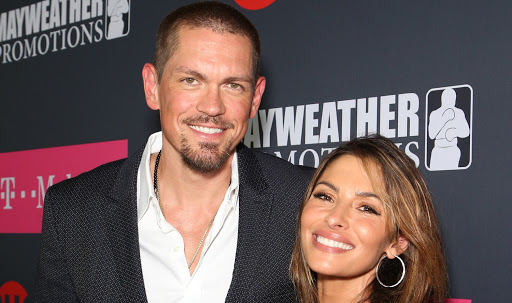 It’s over. Steve Howey and Sarah Shahi have called it quits after 11 years of marriage, Us Weekly can exclusively reveal.

According to legal docs obtained by Us, Shahi, 40, filed in Los Angeles on May 4 citing irreconcilable differences. She listed the date of separation as April 14.

“After much thought and consideration, we have decided to end our marriage,” the estranged pair said in a joint statement issued to Us. “We are so grateful for the past 10 years together and proud of our children that we’ve raised. As we enter into this new phase of our lives, our priority will remain co-parenting our children with so much love, mutual respect and friendship. And though our relationship is changing, we are committed to continuing our lives as a loving family.”

Howey, 42, met Shahi when she guest-starred on an episode of his former series Reba in 2004. They tied the knot in Las Vegas in February 2009 after getting engaged in Hawaii nearly two years prior. The now-estranged pair are the parents of son William, 10, and 5-year-old twins Violet and Knox.

Back in December 2018, the Something Borrowed actor opened up to CBS’ Watch! magazine about the challenges of parenting. He also praised Shahi for her ability to balance motherhood alongside a busy acting career.

“Anyone that says parenting is not hard is not doing it right. I don’t see my friends anymore. I don’t see my immediate family as much as I should,” the Shameless actor explained at the time. “What my kids are teaching me is utter patience. I don’t really call it patience — I call it no murder. But my wife, Sarah, is the hero. Three kids — and starring in a TV series? That woman is a warrior.”

The pair made their marriage work for so long because they tried to “keep a lot of normality in our family” outside of their Hollywood careers.

Shahi, meanwhile, discussed the importance of each partner pulling their weight in a marriage in July 2019. “Steve and I, we’ve been together for 18 years. You know, there’s a special place in heaven for us because we’ve already been to hell,” she told Access Hollywood. “It’s a partnership, you know? Especially when you have kids and you have to be able to rely on the other person.”

The L Word alum added, “When I went off to New York [for work], I really relied on him and he picked up the slack in a way that he never had. It was really necessary for us and our relationship, and he did wonderfully. But that’s hot. He’s getting laid tonight!”